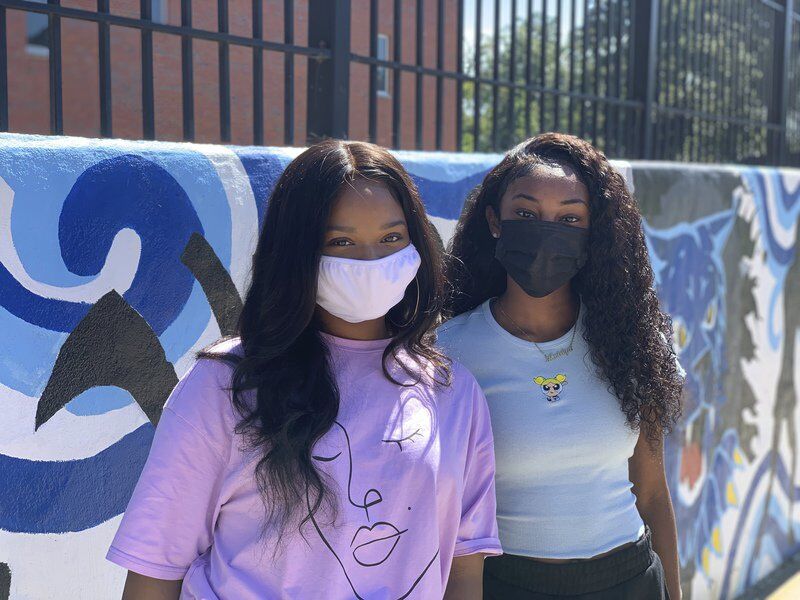 Meridian High School students Amiriya Stephens and Summer Stennis are still adjusting to their senior year during the COVID-19 pandemic. 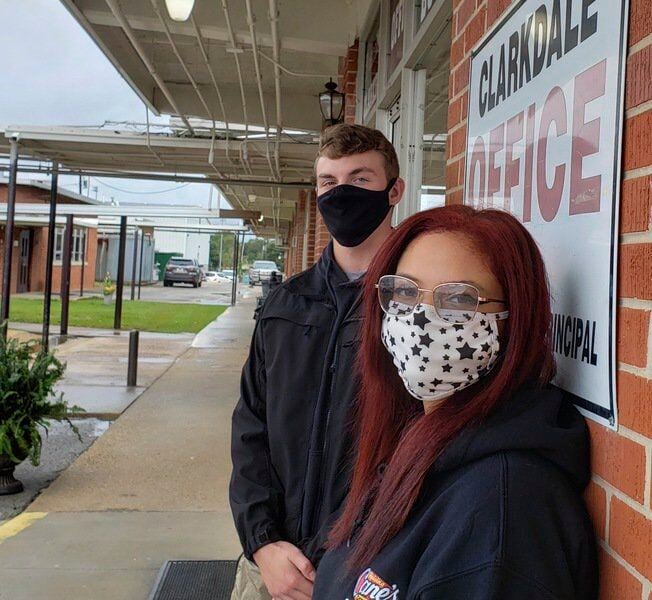 Clarkdale High School seniors Walker Rhoads and Trinity Nash are hoping for a normal senior year during the COVID-19 pandemic.

Instead, they're spending the year wearing masks, social distancing and not seeing their friends as much as they'd like to.

After schools were closed in March due to the COVID-19 pandemic, the class of 2021 was hopeful the virus would be gone by the fall.

“It's kind of disappointing, because it felt like it would be gone by now," Stennis said. But it's not and it's still impacting us...This is supposed to be your best year."

Lauderdale County students started the year on a staggered schedule, eventually attending four days a week, with Wednesday being a virtual day.

With all the changes, members of the senior class are still hoping for one last hurrah before graduation.

Due to COVID-19 guidelines, students aren't able to have large gatherings on campus or typical lunch periods with their peers. Some after school activities such as band competitions are not being held this year.

To boost student morale, events like senior breakfasts have been held off-campus.

“We still try to have fun with each other," Stennis said. "It's different...I wish we could do it through the school but we can’t.”

Meridian High School's homecoming week is planned for Oct. 19-23, with a football game scheduled for Oct. 22.

But the annual homecoming parade has been cancelled because of the pandemic.

“It kind of messed up a lot of milestones for the seniors,” Stephens said. “Something you get to do once in life, but you can’t do because of COVID.”

At Clarkdale High School, senior Trinity Nash said pep rallies were going to be the highlight of her senior year.

“I was just hoping to win the spirit stick just one more time," she said. "But we don’t get to experience that this year.”

Last week, the school had dress-up events to celebrate homecoming, but the school's parade was canceled.

Nash said she misses the community spirit of the school and admits she has forgotten some of her classmates. Not being able to compete in band competitions is also hard to accept, she said.

“It’s way different,” said Nash. "We don’t even know if we will be on campus for the rest of the school year."

Walker Rhoads was ready for his last year of high school at Clarkdale, where he was looking forward to catching up with friends he hadn’t seen since March.

Instead of attending class five days a week, both Meridian and Lauderdale County students complete some classwork online.

That change has been an adjustment for both students and teachers.

Stephens described online learning as "boring," noting it's often hard to concentrate on her work.

She said her biggest challenge is accessing her classwork online and not having the teacher physically there to guide her.

“When I get online, I see all these different assignments due at different dates," she said. "You don’t have any time to keep up."

Nash said another challenge is miscommunication between teachers or technical issues with online learning tools.

"On Zoom, it would break up and lag," she said.

Rhoads also had technical problems: he lives in a rural part of the county with limited internet access.

“We can’t run high spend internet like Xfinity, so I just use a hot spot,” he said, adding that he prefers in-person classes.

“If I don’t have the teacher there, I can’t ask those one-on-one classes in person," he said. "So it's probably going to take me twice as long to understand it."

Nash liked how the virtual format allowed her more time to do her work, but said she felt rushed when she was coming to class two days a week. Compared to March, the school district has done a better job with distance learning, Nash said.

Nash tries to be optimistic about the rest of the school year, but is worried that the pandemic is far from over.

“It’s going to have to run its course before anything will be back to normal,” she said. “I think we will have graduated when normalcy shows up.”

Stephens wants the class of 2021 to be known for their persistence through a difficult time.

“Even though we were challenged, we still made the best of the situation,” she said.

Rhoads is hopeful that life will return to normal before the school year is over, so he can at least have some fun.

“I just pray that this will end soon and everything will be back to normal,” he said. "I would love to have a normal graduation on the field.”