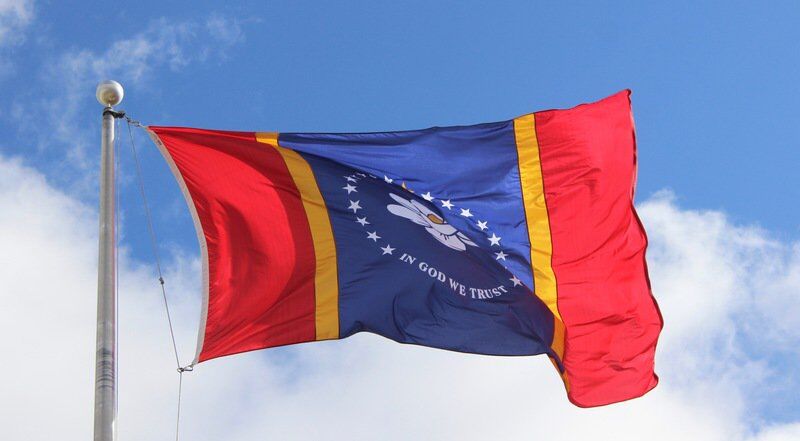 The new Mississippi state flag was raised on Monday at Meridian Community College. It replaces the 1894 flag, which contained the Confederate battle emblem. 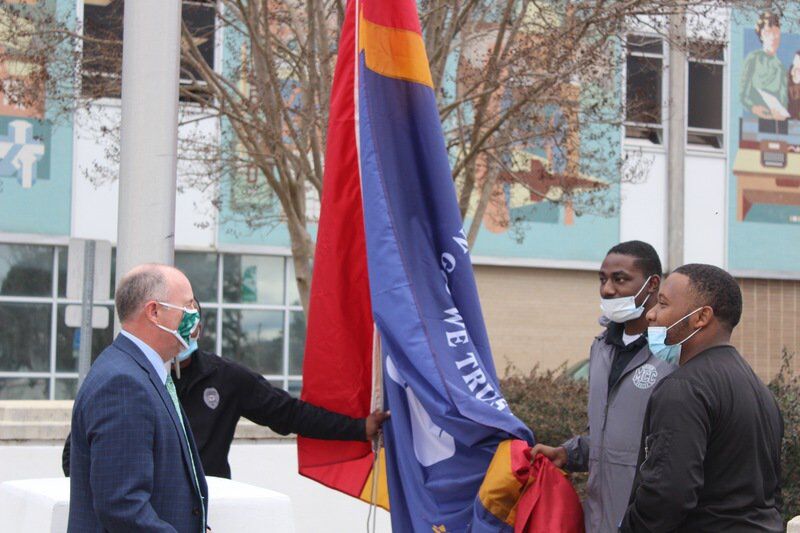 Monday was a new day at Meridian Community College as the school raised the new Mississippi state flag.

Meridian firefighters raised a new state flag with a magnolia blossom above City Hall on Monday.

“I think it's an opportunity for the campus to embrace the ideas of hope and unity that we find in a new flag,” MCC President Thomas Huebner said. “I want us as an institution to be able to see the future and hope in all of our students.”

Huebner said the new flag better reflects MCC’s mission because the school serves a diverse population. He hopes the flag will serve as a symbol of unity for all Mississippians.

“It represents a new message we can share with the world,” he said. “So now, we have the responsibility to live that new message.”

“We are representing everybody that lives in the state of Mississippi with the new flag,” Knight said.

Campus police officer Terry Boler, who joined with Huebner in raising the flag, described  taking part in the ceremony as an honor.

“It was an honor to stand with the change,” Boler said.

“It feels nice to come and see a new flag being raised,” said MCC student Tquannah Hubbard, who walked across the street to witness the ceremony. “For me, it felt great.”