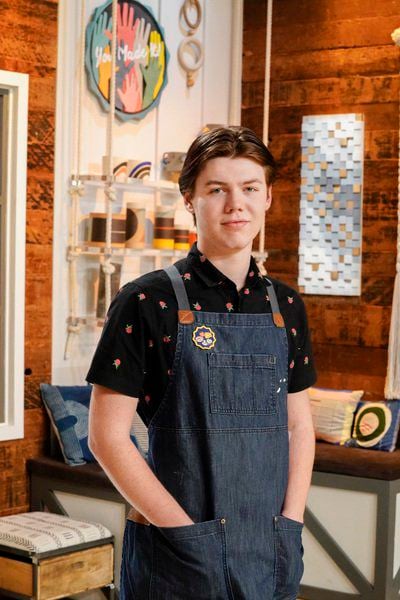 Meridian artist Eagan Tilghman is one of 10 contestants on the television show "Making It", which premieres Dec. 2 on NBC. 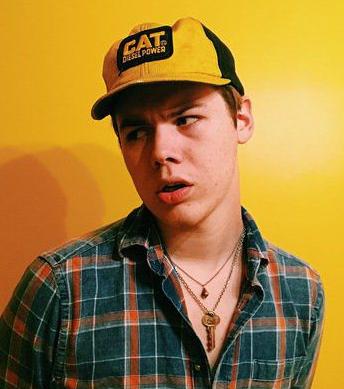 It’s that creativity that has won the 19-year-old a spot as a contestant on the second season of NBC’s “Making It” with Amy Poehler and Nick Offerman.

Tilghman will be competing with a diverse group of DIY-ers from woodworkers, calligraphists, interior designers, and more.

Tilghman said he first applied for the second season of the show when his friend sent him a link to the application. Nearly a year later, he received a text asking him if he could talk.

“I actually forgot that I had even applied,” Tilghman said. “You never think you are going to actually be chosen. It’s like the lottery, you try even though it’s probably not going to happen.”

Even though Tilghman can’t talk about the specifics of the show, he gave a general idea of how the show is set up.

“Each episode of the competition has two projects that allow each maker to demonstrate their talents,” Tilghman said. “Each episode you have a “faster-craft round and a master craft. Then the judges decide who did the best.

“The person who didn’t meet the mark gets sent home. I did those challenges and they taught me a lot. I did things I never thought I could do or didn’t know how to do. I learned so much and it was a great experience.”

Tilghman said his favorite thing about the show – there is nothing that breaks anyone down.

“The judges and the hosts are super down to earth and kind, even in their criticism,” Tilghman said. “It’s all about making everyone friends, uplifting everybody, and teaching people how to do better rather than telling them where they went wrong.

“It was a super encouraging experience that was amazing.”

Tilghman, the oldest of eight children, finds his imagination kindled by movie and comic-book characters, and exudes an almost encyclopedic knowledge of characters that soar beyond, and behind, his generation.

His first taste of fame came when he featured a photographic reproduction of his brother dressed as Stephen King’s Pennywise from the movie “It,” that ricocheted through the virtual world with comic-book fury.

Tilghman praises his family for always believing in him, saying his parents raised him to be himself.

“They always believed in me, pushed me to do what I thought was best, and gave me the mindset I could do things like this,” Tilghman said. “Everyone is good at something and this is what I am good at. I hate to say I am super humble because that is the opposite of being humble.

When asked what he'd do if he wins the $100,000, Tilghman said. "I would probably invest it into moving out and then try to find a job in the movie industry like I want to do,” Tilghman said. “That is a lot of money I could use to survive on while I work myself up to the point where I want to be to support myself.”

As for the future, Tilghman said he wants to work in the movies – designing sets and props, anything in that arena.

“It’s like part of me; I want to be able to do that for a living and the other part of me wants to do it because I want to be that source of inspiration for kids like me growing up, so they will have something to stem from just like I did when I was a kid.”

Tilghman got his start at Meridian Little Theatre through the organization’s youth division. He was cast first in The Emperor’s New Clothes and then in Princess What’s Her Name.

When not pursuing his dream, you can usually find him at the theatre, where he recently worked on the sets and accompanying puppets of the production of "Little Shop of Horrors."

Eagan Tilghman has been drawing, sketching, constructing and otherwise creating art since — …

Meridian native and artist Eagan Tilghman was awarded the Faster Craft Challenge patch in the first episode of “Making It” Monday night.

After being a contestant on NBC’s “Making It”, Meridian artist Eagan Tilghman returned home with a renewed sense of creativity.