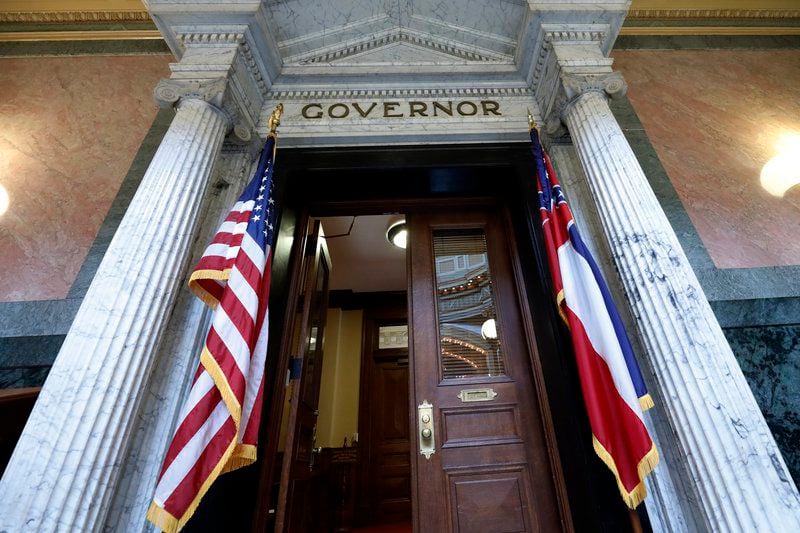 The Mississippi state flag is anchored across from the American flag, outside the Governor's Office at the Capitol in Jackson on Monday, the day after both chambers of the state Legislature passed a bill to take down and replace the current flag, which contains the Confederate battle emblem. 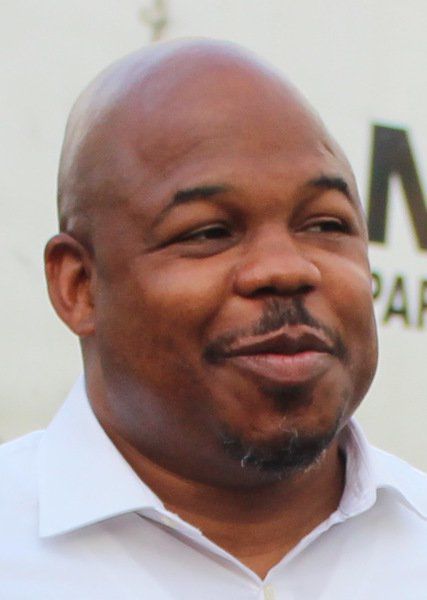 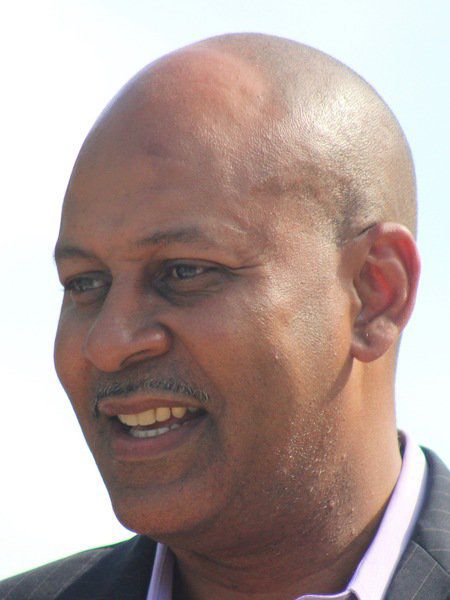 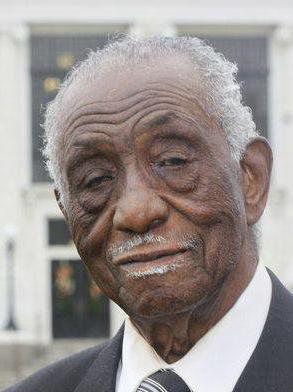 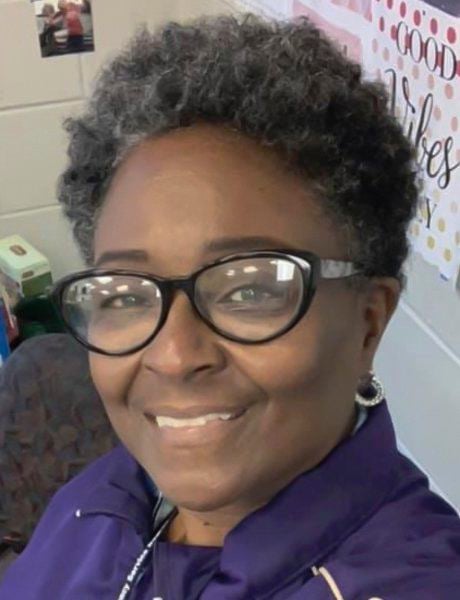 Before settling in Mississippi, Boger said he was aware of the Confederate battle cross being a part of the state’s flag.

After not believing the state’s flag would ever change, Boger is on the verge of seeing Mississippi adopt a new flag without a Confederate symbol on it.

The House and Senate both passed a bill on Sunday confirming the removal of the current flag and a commission to create a new one, which will be voted on in the November election. Gov. Tate Reeves said he would sign it.

“I had no idea this would happen,” said Boger, president of the Meridian Lauderdale County branch of the NAACP and pastor at St. Paul United Methodist Church.

“I think for many of us, Mississippi becoming the last state to remove it is indicative of what the narrative has been for Mississippi over the years, and now there’s a shift where people are trying to change the stigma and narrative of its residents, and this gesture reflects that.”

Since the effort to change the flag started being discussed in Jackson late last week, Boger said he’s been following the updates closely.

As votes continued to come in favor of changing the flag over the weekend, Boger said his optimism increased.

“With each round, even (Saturday) in the afternoon when it (a rule change to allow the bill to move forward) passed the House, it brought a great feeling of joy. I really commend those senators and representatives who have drafted the bill and are working on it, and I also commend our governor.”

Meridian Mayor Percy Bland said he followed the updates from Jackson and is glad elected leaders took the matter into their hands instead of pushing for a referendum like in 2001, when a statewide vote kept the Confederate battle cross on the state’s official flag.

Like Boger, Bland said he was skeptical that he would see the flag change in his lifetime, but current events such as the national protests over George Floyd’s death have led to state leaders reevaluating the current flag.

“I think what’s going on in the U.S. and the world has pushed a lot of things we’re seeing happen as it relates to symbols, flags, statues and a history that has not been pleasant for a lot of Mississippians,” Bland said.

Jesse Palmer, who served 24 years on the Meridian City Council and was its first Black president, said he agreed with the decision to change the flag and is happy the state’s elected officials did what they felt was best instead of worrying about reelection prospects.

“Think about what that (flag) represents,” Palmer said. “It doesn’t represent bravery or anything of that nature. It represents one group holding another in slavery. That was a good move. I caught it all on the late-night news and was really proud of them.”

The threat of losing businesses that refuse to come to Mississippi because of the flag was a big reason the push to change happened so quickly, Palmer added.

“You’ll start losing so much, and they’re afraid of that,” Palmer said. “They can’t stand it.”

Meridian educator Lisa Mercer remembers taking steps of personal safety growing up such as not going into a store unless she was planning to buy something, not touching anything she didn’t need while in a store or otherwise drawing unnecessary attention to herself.

All of that was a reality for her and other black people while the flag flew, and when the 2001 referendum kept the flag, Mercer said the results were disheartening.

“I really think it was just apathy and never believing that type of change could come,” Mercer said.

After the 2001 referendum, Mercer admitted she didn’t think the flag would ever change.

“I hoped, but I really didn’t (think it would happen),” Mercer said.

When momentum began to shift toward a change in recent weeks, Mercer said she and some friends were signing petitions and reaching out and asking others to call their local senator or representative to vote yes on a flag change.

“I held my breath, and after it went through the House, I knew the Senate would be the major hurdle,” Mercer said. “When Gov. Tate said he could see the time for a change in a flag, that we needed a flag promoting something more unifying, I was hopeful. When I got word it passed the Senate, it was like I could breathe. I really didn’t think it would go through.”

When he sees the Confederate battle symbol in the state flag — or any Confederate monument — Boger said it brings up bad memories the state would be better off leaving in the past.

“For me, it’s a sign or image, a flashback that people who look like me are either not welcomed or seen as more property than human,” Boger said. “That’s the devastating image that comes to mind. It’s heartbreaking that it’s taken this long.”

That’s why a change to a flag that doesn’t contain Confederate symbolism is so important, Boger said.

Do you agree with the state legislature’s decision to change the Mississippi flag?

“It’s tremendous on several fronts,” Boger said. “It speaks volumes nationally; the country is waiting on something like this. Hopefully it gets the ball rolling for having more conversations about race relations in Mississippi and across the country. I think the strives we have made so far are the result of some very difficult conversations that have taken place. I’m in prayer for healing.”

“I’m glad this weekend has been an historic weekend to remove a symbol that has been horrific for a lot of Mississippians, including a lot of people in my family and friends who are a lot older than I am,” Bland said. “I’m glad a lot of people, especially in the young generation, have spoken up.”

When she went to the post office Monday morning, Mercer said she was approached by an older white man who asked what she thought about the flag changing.

The man then went on to say he was celebrating because it was “beyond time,” and it was something Mercer said she hadn’t had time to consider.

“I laughed to myself and smiled, because I hadn’t thought about it being a point of celebration, but it really is,” Mercer said.

Mercer said there is plenty of good the South has to offer, and she hopes a new flag without a Confederate emblem will kill some of the stigma the state has and that younger Black people, like her 10-year-old grandson, will have a better future because of it.

“He might have a chance now,” Mercer said. “I know that may sound silly, but when you’re on a job interview or a conference call and you say you’re from Mississippi, it’s like saying you’re less than or, ‘That’s the place where they treat y’all like dirt.’ Not to be cliché, but I hope he will truly be moving toward just working on his character and being accepted for that.”

JACKSON, Miss. (AP) — The Mississippi flag is fading from public display in many places, eve…

In a history-making moment Sunday, Mississippi lawmakers voted to retire the state flag, clearing a path for a new flag without the Confedera…

JACKSON, Miss. (AP) — With a stroke of the governor’s pen, Mississippi is retiring the last state flag in the U.S. with the Confederate battle…