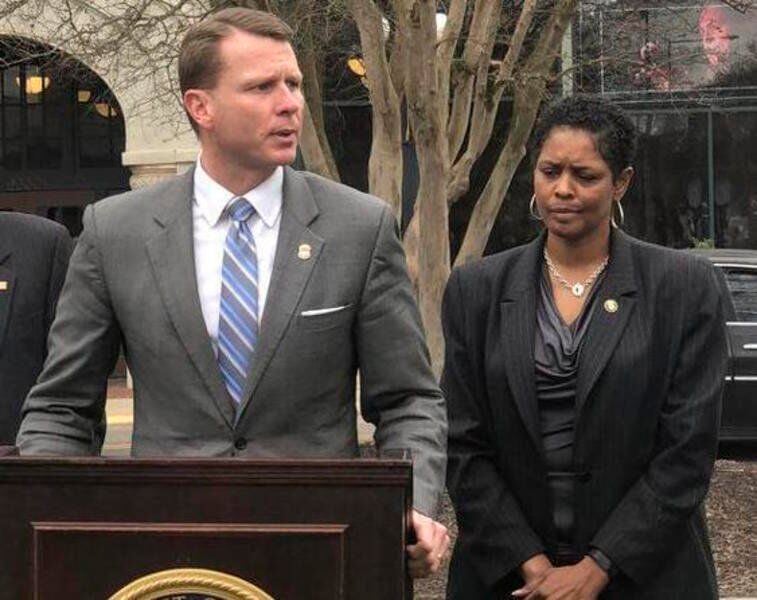 Then - U.S. Attorney Mike Hurst, center, announces the expansion of Project EJECT in Meridian with Dana Nichols, a Bureau of Alcohol, Tobacco, Firearms & Explosives special agent in charge in February 2019. 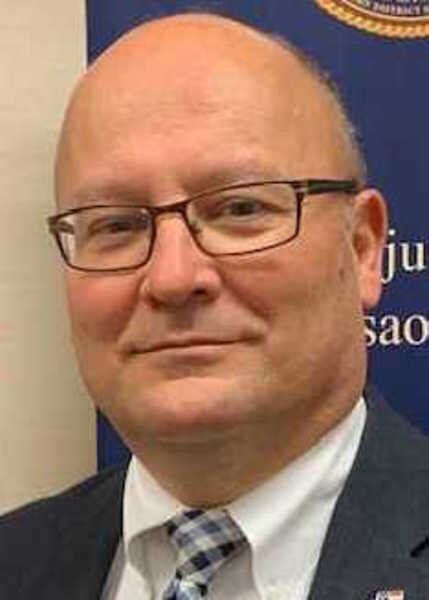 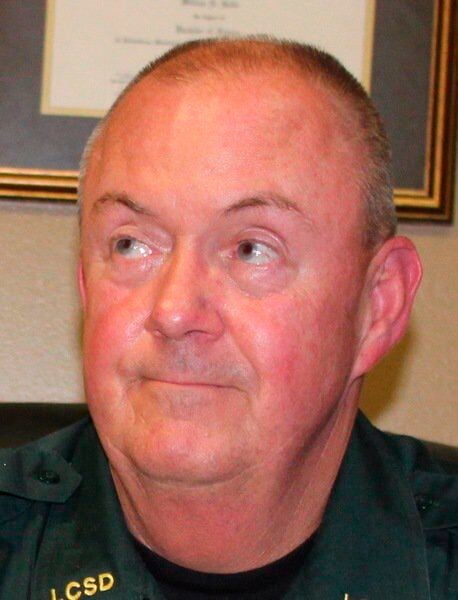 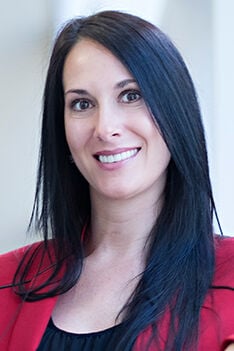 In February 2019, then-U.S. Attorney Mike Hurst announced that Meridian would be the fourth site in the state for Project EJECT, a statewide initiative meant to reduce violent crime.

Since then, the U.S. Attorney’s Office for the Southern District of Mississippi has prosecuted about 23 Meridian residents for violent crimes in federal court, Hurst said in mid-January.

With Hurst’s departure in January from the Department of Justice, Project EJECT will continue, but it’s long term future is uncertain. It will depend on the policies that the Biden administration will put in place.

In addition to Meridian, Project EJECT is taking place in several cities in Mississippi, including Jackson, Hattiesburg, Natchez, Moss Point and Gulfport.

The four aspects of the program are prosecution, prevention, reentry and awareness, according to Hurst.

Should Project EJECT continue in Meridian?

In regard to the reentry component of the project, the U.S. Attorney’s office hosted a reentry services fair in Meridian in August 2019. Hurst said a number of employers and social services entities attended the fair to help formerly incarcerated individuals try to get back on their feet.

Another component of the project is prevention.

Assistant U.S. Attorney Chet Kirkham said that he has presented to middle school students about the criminal justice system and about the impact that becoming involved with violent crime can have on the students’ lives and on their families’ lives. He said in early February that he conducted several in-person presentations in 2019 and one presentation on Zoom during the pandemic.

Prosecution is another aspect of the program. The U.S. Attorney’s Office for the Southern District of Mississippi assigned a federal prosecutor, Chet Kirkham, to Meridian. Kirkham said that for Project EJECT, the focus of his prosecution is violent crime and repeat violent offenders.

“We’ve been able to take a number of violent criminals off the streets of Meridian,” Hurst said, “specifically those who threaten other citizens, who rob businesses in Meridian and just generally terrorize our communities there.”

Hurst said in mid-January that his office had prosecuted 23 individuals from Meridian through the project. He added that the average sentence is about eight years in federal prison.

Hurst said that many of the individuals were detained while awaiting trial, which he said means that they can’t intimidate witnesses or threaten family members of witnesses or victims.

“We’ve also been able to take 37 illegal firearms off the streets of Meridian from this work,” Hurst noted.

Lauderdale County Sheriff Billy Sollie believes that the program has been a success.

“We believe that there have been some violent offenders that have been removed from our community because of Project EJECT and the federal prosecution of those individuals,” he said.

Amanda Cook, assistant professor of criminology/sociology at MSU-Meridian, said that if you can identify the “key players” in crime in an area and move them out of the state court system and into the federal system, you are able to reduce the caseload for local prosecutors.

She also said that when individuals are prosecuted in the federal system, they are more likely to have longer prison sentences, as they would not be eligible for parole like they would be in the state system.

In Cook’s opinion, it is too early to determine how effective Project EJECT has been at reducing violent crime incidents in Meridian. She said she and others will need to compile several years of incident data to determine trends. She also noted that homicides and aggravated assaults increased nationally in 2020.

“I believe we are doing the right things and committed to reducing violent crime, but only time will tell if our efforts actually moved the needle,” she said.

Cook said she thinks that these partnerships, which allow different entities to work together, will have “the biggest impact on decreasing violent crime” in the Meridian area.

Hurst submitted his resignation in January. U.S. Attorneys traditionally resign before, or not long after, a new presidential administration takes over.

Since Hurst departed, Darren LaMarca has been serving as Acting U.S. Attorney for the district. He will continue to serve in that role until President Joe Biden nominates a new U.S. Attorney and the attorney is confirmed by the U.S. Senate.

LaMarca said he plans to continue Project EJECT during his tenure. He said nothing will change about the program for the time-being, but what the program will look like in the future depends on policy developed in Washington.

LaMarca said, though, that he thinks that the next U.S. Attorney will continue to prosecute people who are responsible for a large percentage of crimes. Past U.S. Attorneys have prosecuted these individuals.

“No one wants to see someone who is out there committing numerous, numerous crimes not be brought to justice,” he said.