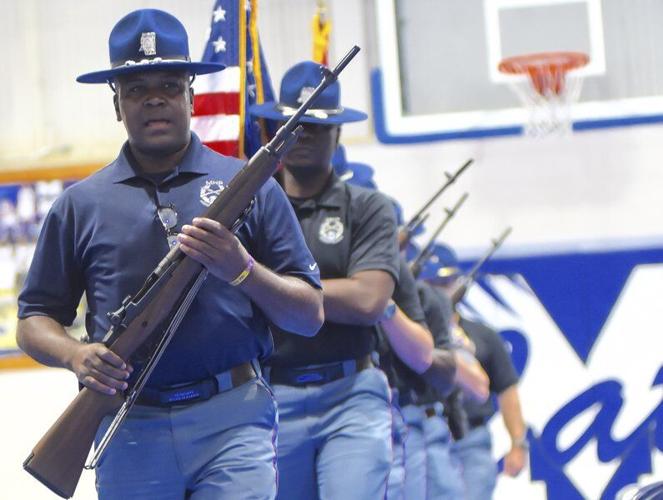 Mississippi Highway Patrol troopers practice the presentation of the colors prior to a memorial service for Meridian Police Department Officer Kennis Croom at Meridian High School on Thursday. Croom was killed during a domestic disturbance call on June 9. 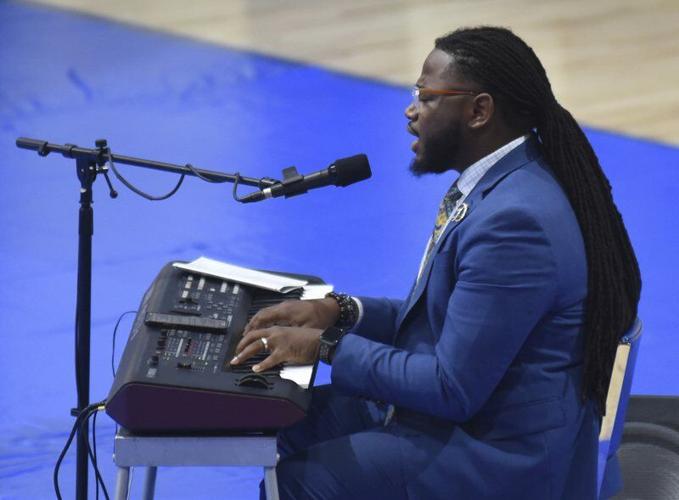 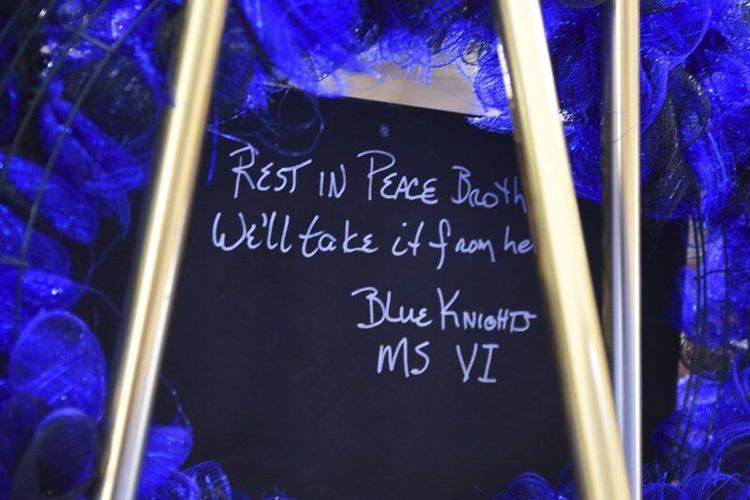 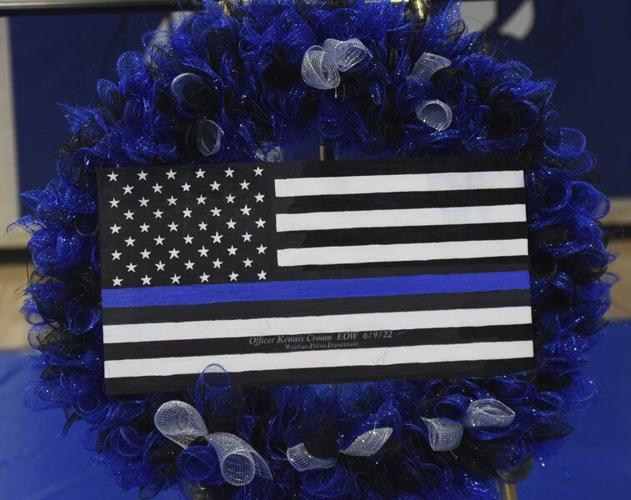 A wreath donated by the Blue Knights MS VI is displayed at the memorial service. 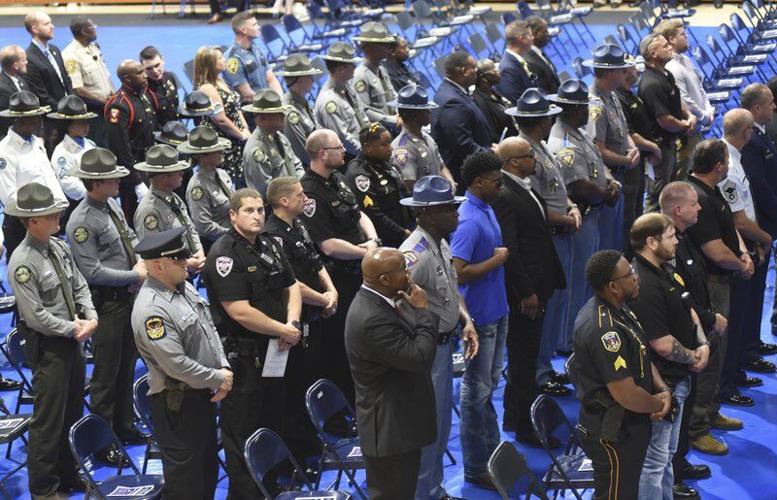 Law enforcement from across Mississippi gather in the Meridian High School gymnasium for a memorial service for Meridian Police Department Officer Kennis Croom on Thursday. 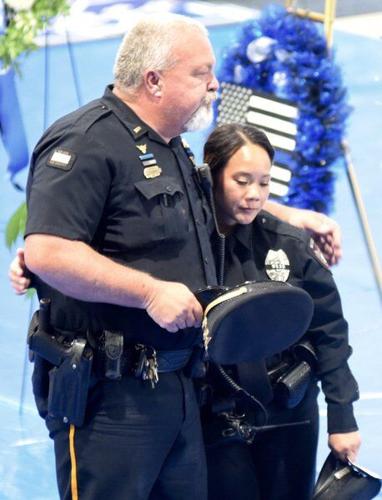 Officer Crystin Latta, who served as Officer Croom's partner, is comforted by a fellow officer at the service. 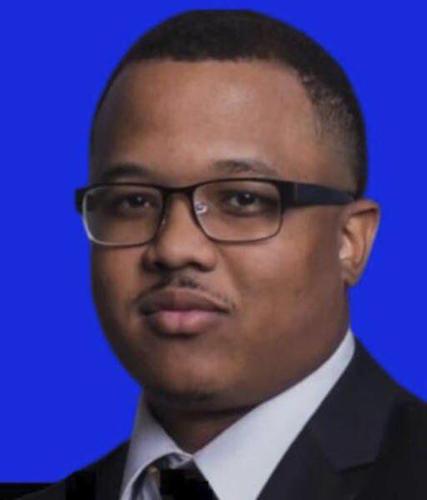 Patrick Kirby remembers Kennis Croom as a joyful and kind person who loved to laugh.

“It hurts me deep down, because I honestly never thought I would be here for one of my own,” said Kirby, a retired MPD training officer who joined other law enforcement personnel at a memorial for Croom at Meridian High School Thursday. “Hopefully with this memorial, people will understand that we care, and to Croom, you can rest easy now, we’re gonna take it from here.”

Officer Croom was shot to death during a domestic disturbance call on June 9. He was 30 years old.

“It was never a dull moment with Croom,” said Daniel Rushing, a corporal for the Jackson Police Department who worked with Ofc. Croom. “He was super nice and was just fun to be around.” 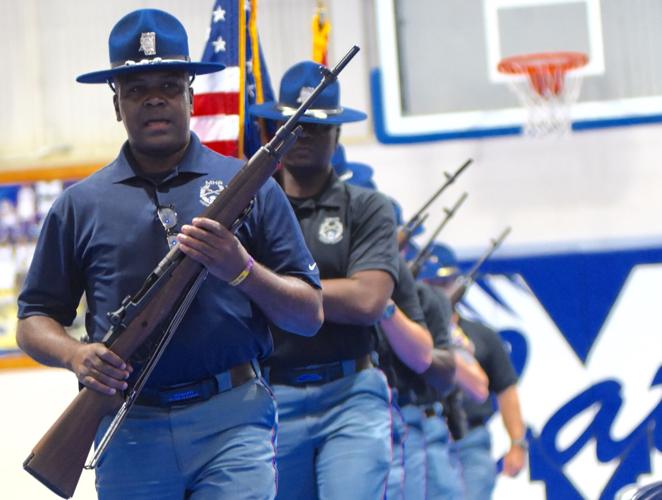 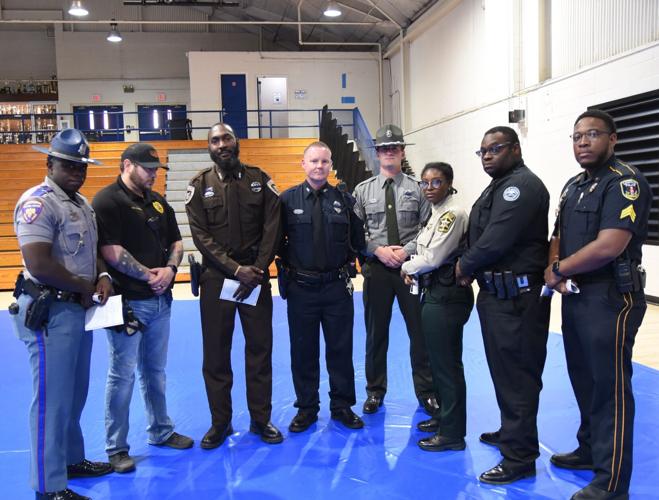 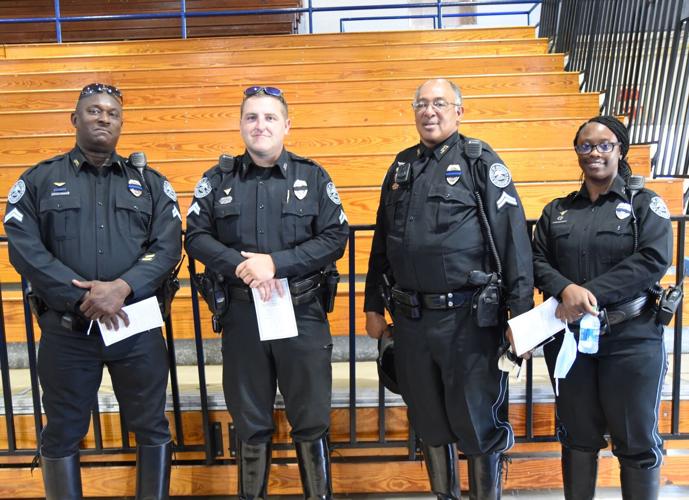 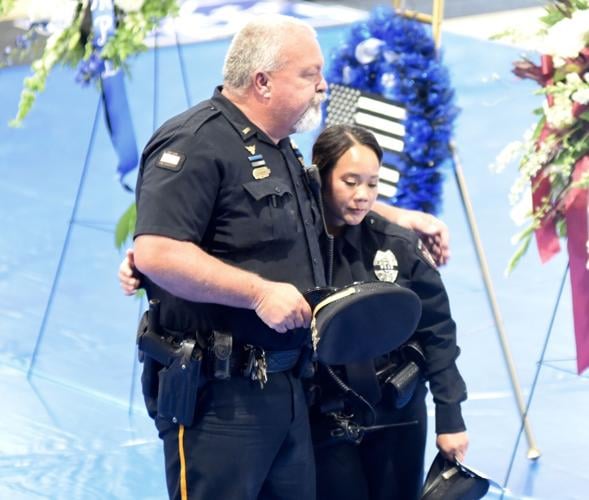 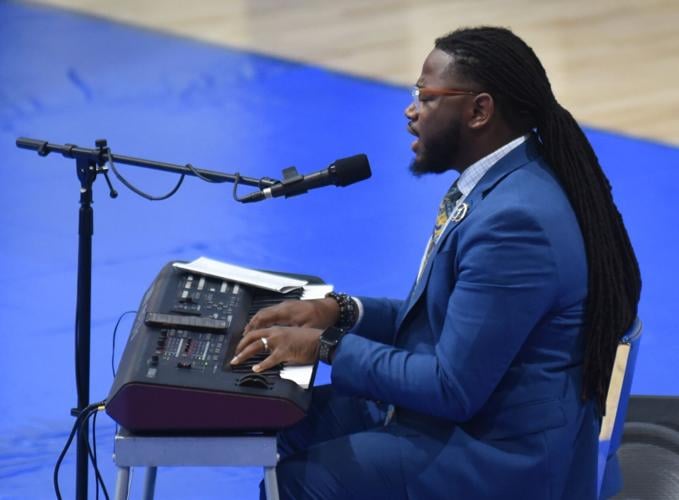 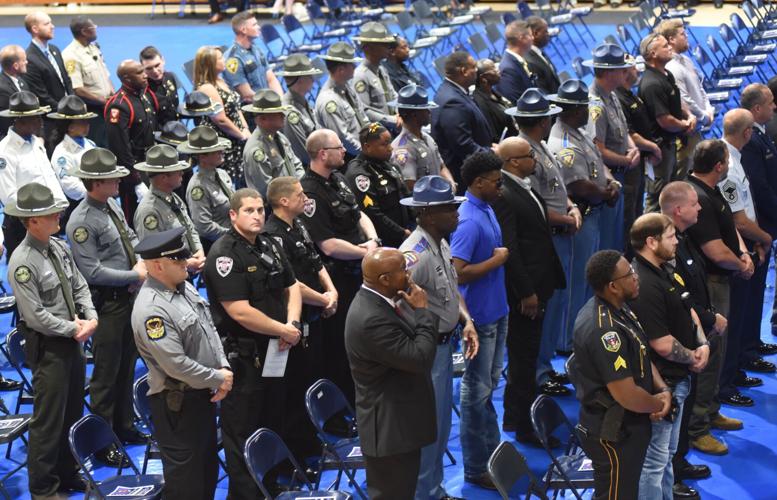 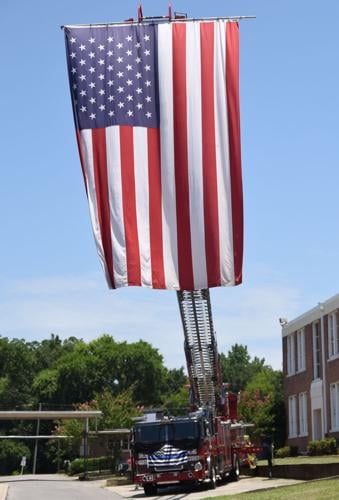 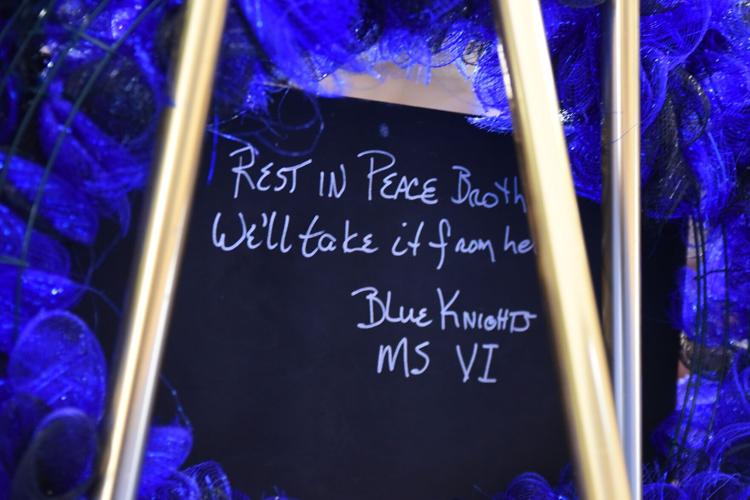 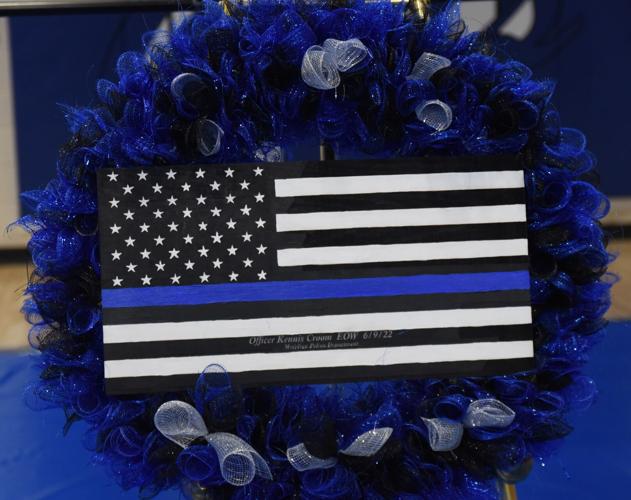 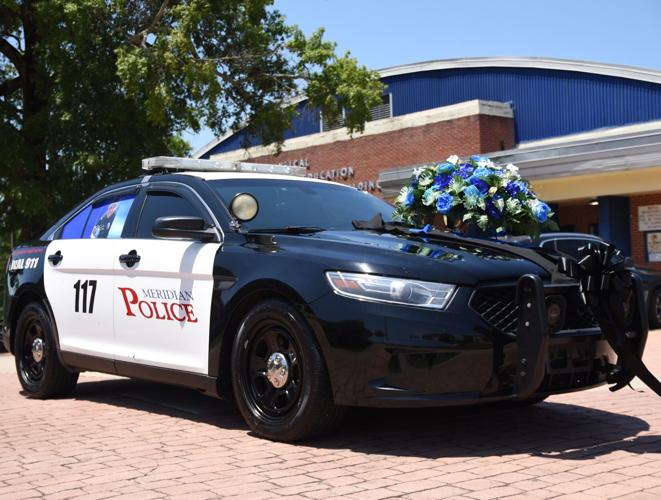 Rushing described Croom as a family man who truly loved his children and his job. The only disagreement he remembered between the two was Croom’s love for Alabama football and Rushing’s love for Ole Miss.

Rushing also remembered his friend as a dedicated officer who believed that the true work of an officer takes place in the community.

“Each community that he worked in, Croom took that community as if it was his own,” Rushing emphasized. “It didn’t matter where he landed, he always cared for the citizens. He will be truly missed.”

“He was an outstanding young man,” said Sollie. “He was a Christian man who always gave 100 percent. His family should be proud of him.”

“I think every officer should take that oath of office with the mentality of wanting to be at the right spot, at the right time, to make a difference in somebody's life,” Sollie added.

The community is paying tribute to Meridian Police Officer Kennis Croom, who was killed whil…

Ofc. Croom was born July 2, 1991, the fourth of four children, to Rev. Dr. Kelvin Croom and Tracy Croom in Tuscaloosa, Ala.

He was a 2009 graduate of Paul W. Bryant High School where he lettered in basketball and football, and played tuba in the school’s Marching Stampede Band.

In November 2013 Ofc. Croom became APOST certified by the State of Alabama and served as a patrol officer with the City of Uniontown, City of Eutaw, and the City of Vance.

Ofc. Croom garnered many certifications during his tenure and served as a Crisis Intervention Officer, organized, and established the Meridian Mounted Police, served as a member of the Special Response Team and was a Narcotics Investigator.

He was also enrolled in the MBA program at Belhaven University.

In April 2022, he followed in the footsteps of his grandfather, father, and brother, to become a member of the Delta Phi Lambda Chapter of Alpha Phi Alpha Fraternity, Inc.

Ofc. Croom was a member of College Hill Missionary Baptist Church, where he was the church percussionist under the leadership of his grandfather and father.

Thursday’s memorial in Meridian was followed by a service Friday at Northport Funeral & Cremation Services in Northport, Alabama. On Saturday, a celebration of life will be held at Shelton State Community College in Tuscaloosa. The body will lie in state from 11 a.m. to 12:30 p.m., and the service will begin at 1 p.m.