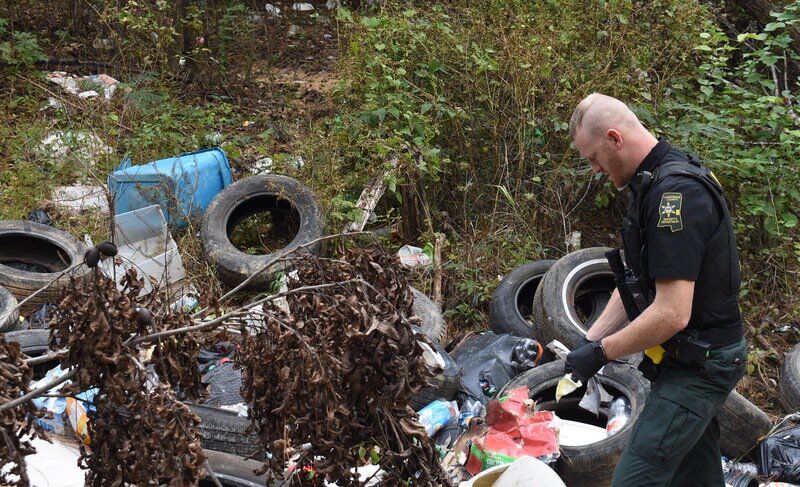 Lauderdale County Solid Waste Enforcement Office David Pogue visits an illegal dump site on Mitchum Bottom Road. He travels to sites like this one to see if more trash has been deposited there. 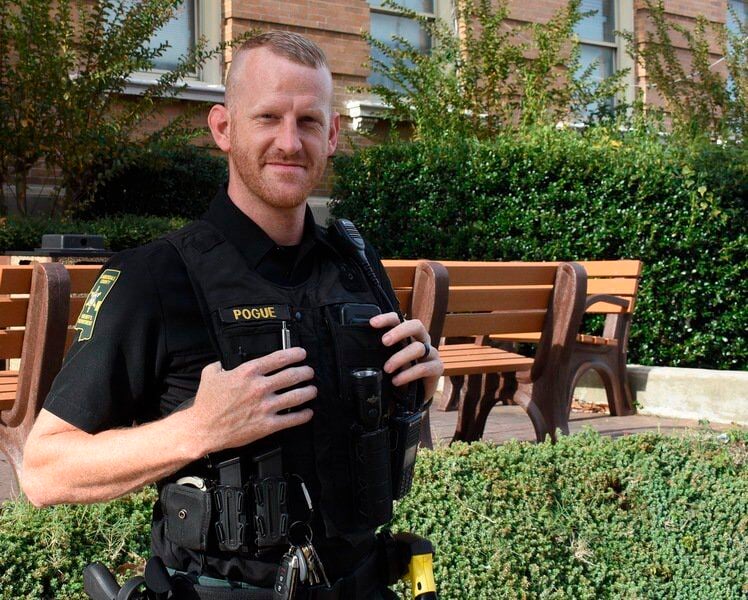 David Pogue, Lauderdale County's only solid waste enforcement officer, has a unique role for a deputy: he monitors illegal dump sites and other waste around the county. 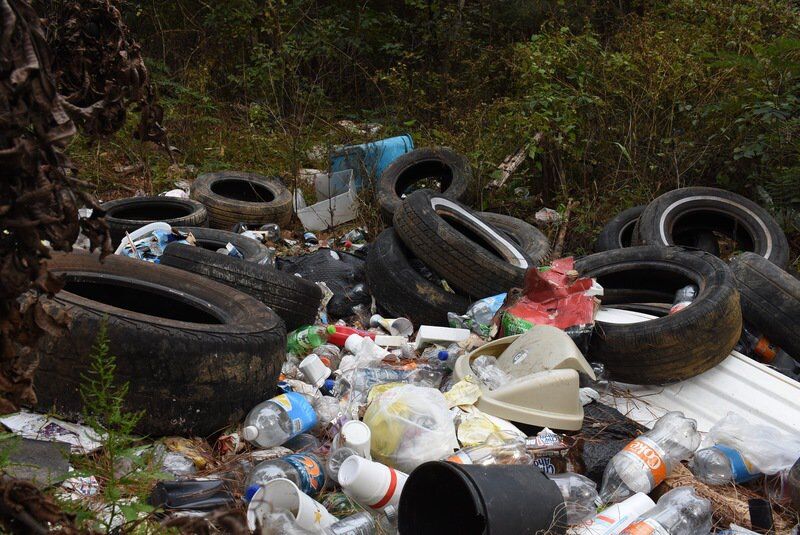 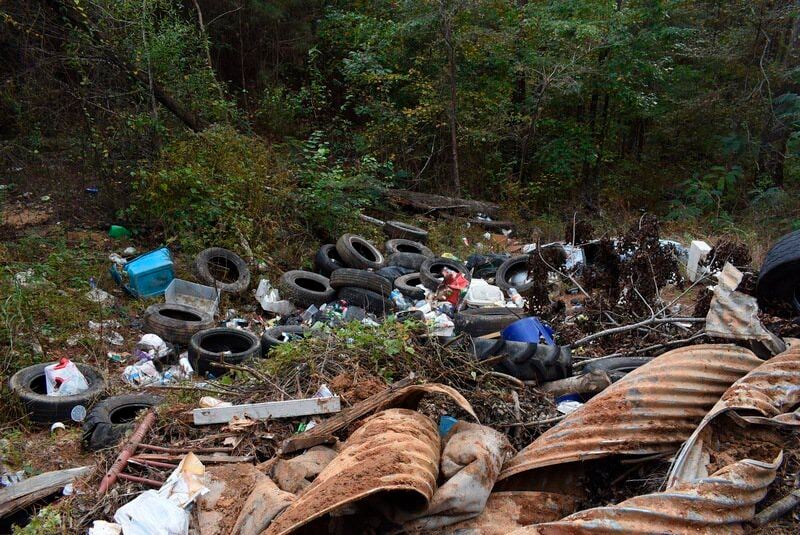 The illegal dump site on Mitchum Bottom Road contains tires, a large piece of metal and other items.

David Pogue spends his days driving through rural Lauderdale County, both on back roads and on highways.

Pogue, a deputy with the Lauderdale County Sheriff's Department, has a unique role for a law enforcement officer: he monitors illegal dump sites and other waste around the county.

“This position is still law enforcement, but it’s also cleaning up the area where my kids are growing up,” said Pogue, a father of four.

People use illegal dump sites to dispose of various items, including tires, furniture and regular trash that normally would go in a trash bin.

Pogue, the county’s only solid waste enforcement officer, said there are about 20 of these locations spread throughout the county.

The sites have concerned the Lauderdale County Board of Supervisors in recent years, leading the board to hire a solid waste enforcement officer in October 2019 and pass a littering ordinance in November 2019.

The Mississippi Department of Environmental Quality granted the county $75,000 to clean up the sites and $29,213 to help pay for the solid waste enforcement officer.

Now, a year after Pogue was hired, he says the number of dump sites has decreased, but county officials say that fixing the problem will require educating the public about how to properly dispose of waste.

Tires, a toilet, storage bins, a large piece of metal and other items lay in a large pile next to Mitchum Bottom Road in early November. Some items were even strewn in the adjacent forest.

The county cleaned up this site in the southern part of the county earlier this year, but a couple of weeks later, more trash reappeared, Pogue said.

“We had a no dumping sign, and they backed over it and knocked it over, so that they could dump stuff out here,” Pogue said.

The site was cleaned up a second time, but it has worsened since then, he said.

As the county’s solid waste enforcement officer, Pogue checks on dump sites like the one on Mitchum Bottom Road to see if more trash has been deposited there. He also drives around the county looking for illegal dump sites he doesn't know about.

Additionally, the county has six legal dump sites where people can dispose of waste. Pogue visits these locations to see if anyone from outside the county is using them or if trash has been left outside of the dumpsters — both of which are fineable offenses under state law.

Where to take your trash

County residents can dispose of their trash at the following locations.

District 5 Supervisor Kyle Rutledge said the board adopted the litter ordinance to try to prevent the sites from forming in the first place.

“It was just getting worse and worse,” he said. “We had to do something to...help prevent that.”

Pogue said that in some cases, the county will hire a company to remove the waste from a dump site. In other cases, the county cleans up the site. Rush Mayatt, the Lauderdale County county road manager, said the clean up typically takes about a week, but it depends on the severity of the site and its terrain.

“Some of these places are off the sides of large hills,” Mayatt said.

Pogue said the rate of growth of the sites has decreased since he started the position. The county’s efforts have also led to nearly ten sites being cleaned up, but waste returned to a couple of sites, he said.

Goals for addressing waste in the county

Illegal dump sites are not the only issue the county faces when it comes to waste. Litter also sits on the side of roadways in the county.

“You see up and down the roads, it’s just litter, constantly,” Rutledge said.

In the future, he would like Pogue to talk to students in classrooms about littering and recycling.

In your opinion, do illegal dumpsites in Lauderdale County make it difficult to attract industry to the area?

Mayatt said a cultural change in the public is necessary to fix the illegal dump site problem. Some people may not be educated about how to dispose of waste.

“They either are uneducated about waste and how to properly dispose of it,” he said, “or that information is just not available to them.”

Pogue hopes that there will eventually not be any illegal dump sites and that everyone will know where they can take waste.

There are also some items — tires, hazardous material and construction debris — that the county does not accept at its legal dump sites and that residents have to bring to a landfill. In the future, he would like local residents to be able to drop off these items for free at a county location.