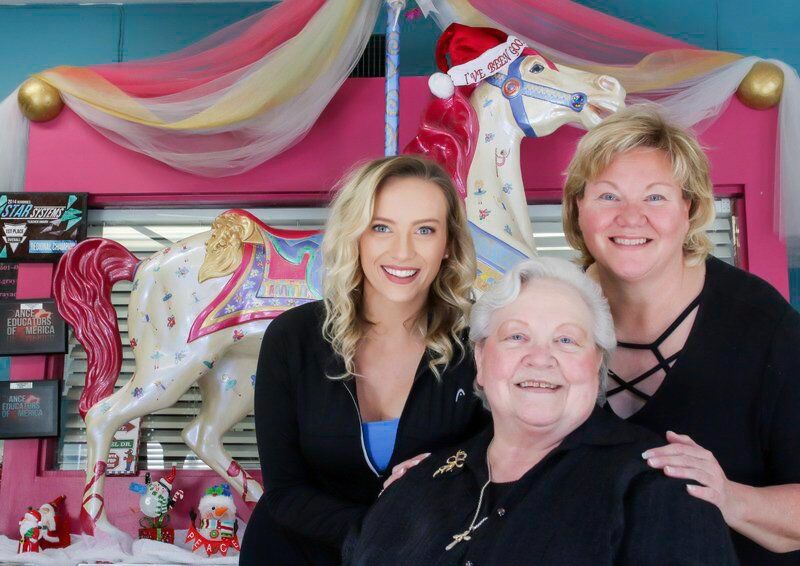 Pat Gray, the owner of Pat Gray Academy of Dance and Gymnastics in Meridian, center, with her daughter Sharon Howard, right, and granddaughter Holly Howard Koch. Gray is retiring after 65 years of teaching dance in Meridian. 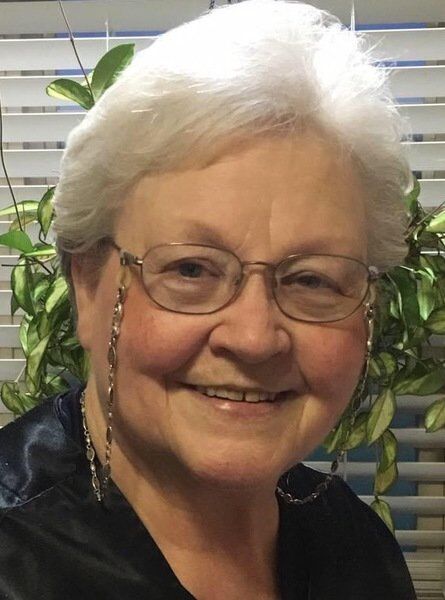 "I have so many students who to this day tell me what good memories they have of growing up in my studio, thanking me for the best memories of their lives. This is what makes my life worth living.” - Pat Gray 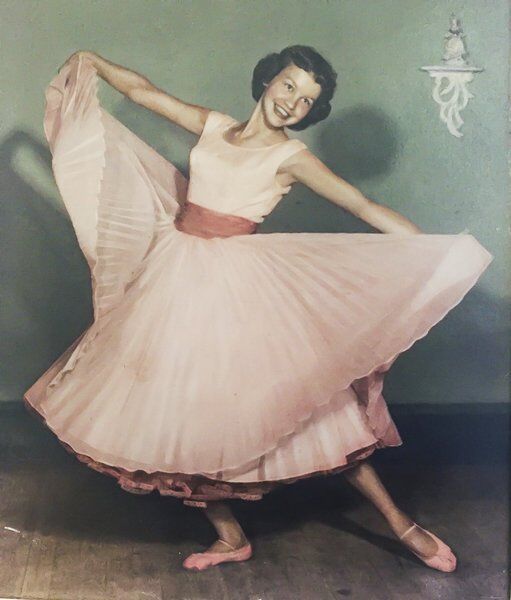 Pat Gray, pictured here at 12 years old, is retiring after 65 years of teaching dance in Meridian.

Ever since Pat Gray was 12 years old, dancing has been part of her life.

Now, after 65 years, her career as a dance instructor has come to a close.

The decision to close Pat Gray Academy Dance and Gymnastics, at 5014 Poplar Springs Drive, was not an easy one for Gray.

Like so many other businesses that have been affected financially by the COVID-19 pandemic, Gray had no choice but to close the door on what she described as her “livelihood and life.”

“The decision to close has come with much prayer and thought, as dance and gymnastics is all I have ever known,” Gray said. “I studied many hours and summers to become the best I could be, and bring back to Meridian and my students the latest styles and techniques of that year from New York or Europe, or where the next study session was held. God has blessed us abundantly throughout the 65 years of teaching by giving us the privilege of working with multitudes of precious children, parents and repeat generations in this field of artistry.”

'The shining part of my career'

Gray said she always loved dancing from the first time she went to class at the age of three, and credits her mother for encouraging her.

But it wasn’t until she had the opportunity to teach a class that she knew what she wanted to do with her life.

“When I was in the sixth or seventh grade my teacher got sick and she called my mama and told her she wanted me to demonstrate the class,” Gray said. “I didn’t realize I had done that good to be asked to teach a class. I taught the three classes she had that day; babies, intermediate, and advanced.

“Let me tell you, that was the shining part of my career. I thought 'my goodness – if I can do this, I can do anything.' That was when I decided I was going to be an instructor and teacher. I went home that night and told my daddy we were going to go to all the conventions so I could be the best teacher I could be."

And that’s exactly what she did. Gray took classes under Jean Shamburger until she left town and then continued at Mary Alpha Johnson’s studio, eventually opening her own school at the age of 12.

She then had a school in Livingston, York, and Butler, Alabama, and Macon. By the time she was 13, her mom bought her a blue Fiat, but because she didn’t have license, her mom drove her to classes, where she made a dollar a lesson.

With a bright future ahead, and her passion for dancing evident, Gray’s love for her family always came first.

“I was one of 13 children and my daddy was an engineer on a railroad, and we did not have a lot of money,” Gray recalled. “We lived in a very small house with three bedrooms. I slept in a room with five of my sisters. We had to wear sweaters that belonged to each other and wore each other’s shoes. I can remember people making fun of us, because we shared our clothes.

“The money I made teaching went to put food on the table because we needed food more than we needed clothes. I don’t regret doing it all all. My mother taught me we do what the family needs. I’ll forever be thankful to my mother and father who worked very hard to pay for my studies and send me to workshops and conventions to continue my education – because I loved it.”

During the summers, Gray went to conventions to study dance and gymnastics. She studied in New York, Los Angeles, Miami, and New Orleans, led a dance team, and taught dance and musical theatre in Europe for five weeks in 1978, as well as choreograph musical plays that the students performed in Paris, France, London, England, the Netherlands and Holland.

'It was our dream come true building.'

Back in Meridian, Gray's first studio was behind Point Rexall Drugs in a basement. At the beginning, she had 16 students. By the next year, the class grew to 100 students.

That’s when her husband decided it was time to buy some land and build a studio.

“I built the largest facility in the state at the time for the Meridian children to have the opportunity to train in a full size gymnastics facility and two state of the art dance rooms in a two story building, Gray said. “It was our dream come true building.”

In 1981, Gray along with her daughter, Richelle, coached gymnastics to their 30 member “Meridian Gymnastics Team.”

At their first Mississippi State Competition, the team won first place team and had gymnasts medal first place in all four events. The team continued to take state and regional titles in gymnastics and dance for several years after.

“We have always as instructors done our best to train and give the children the best possible chance to succeed,” Gray said.

'It's something that's in your heart'

Gray also humbly prides herself of having the opportunity of successfully training and grooming many of the local dance teachers and gym instructors in this area. Some of her students went on to become dance instructors all over the United States – Chicago, Texas, Atlanta, New Orleans, Jackson, and as far away as Miami.

She also had students who became International Cinderella girls and even Miss America – Susan Akin.

“I’ve had a lot of kids who have won a lot of things and extraordinary children who had so much talent and was bubbling all the time,” Gray said. “That’s what made them special. You could give them an idea and they would bust open with it. All the teachers who are teaching in Meridian at this moment started with me.

• Member Dance Masters of America, Inc. Since 1979 and Past President.

• Inducted into the Mississippi United States Association of Gymnastics Hall of Fame in 2003.

• Choreographer at Meridian Little Theatre with Jimmy Pigford from 1968 for the Adult Theatre until 2012. She was also instrumental in helping Pigford form the Children Theatre which became the Youth Theatre that she became director of for several seasons.

• Taught ballet techniques to a football team in Alabama for agility and coordination.

Gray would like to encourage all former students and any youngsters who have wanted to be involved to call Holly Howard Koch or Sharon Gray Howard at the Collinsville Studio “Next Level Dance Company” for dance or tumbling.

“All the ones who take and love dancing the way I do want to teach also. It's something that's in your heart. I have so many students who to this day tell me what good memories they have of growing up in my studio, thanking me for the best memories of their lives. This is what makes my life worth living.”

'I start to miss seeing those smiling faces'

Entering a new season of life at the age of 79, Gray said what she will miss the most about teaching is the children.

“I sit here now in the afternoons, at the time I would normally be at the studio teaching, and I start to miss seeing those smiling faces,” Gray said. “I miss seeing them – I love the kids so much. They loved learning and I loved teaching. Dance and gymnastics is a wonderful way for children to spend their childhood. It gives them something to do with their minds."

As she looks back over her long career, Gray is thankful to those who were part of her 65-year journey.

“I loved the dance, and I appreciated the love I had for the dance that was in my heart,” Gray said. “As the Bible speaks of in Ecclesiastes 3, “There is a time for everything and a season for every activity under the heavens.” May God bless you forever and always – I love you all.”