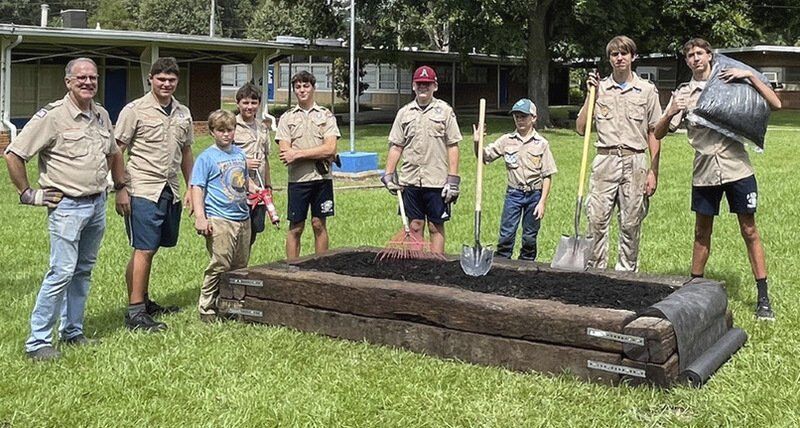 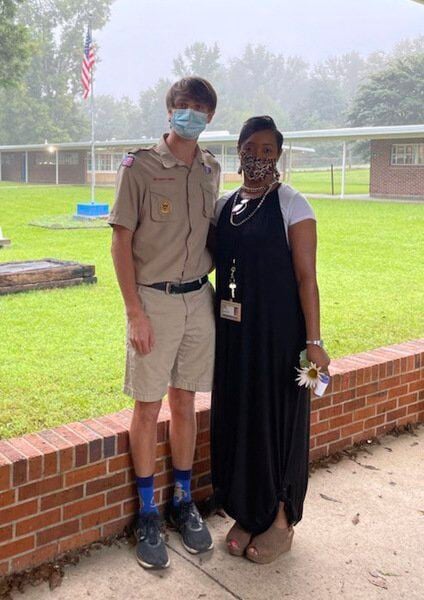 A local Boy Scout is helping his community by building garden beds at a local school.

Goodman, a junior at Lamar School, has been a Boy Scout since he was young, joining after his parents encouraged him.

"I had a great time and I think Scouts is a good program,” Goodman said of the garden bed project. “It teaches you life skills.”

“Giving back to your community is one of the biggest things about being an Eagle Scout,” he added. “Giving back more than you receive.”

The Eagle Scout is the highest rank in scouting. To attain the rank, a candidate must complete a project benefiting the community, according to the Boy Scouts of America website.

To complete the project, Goodman and his team used repurposed railroad ties and layers of weed-preventing mesh, sawdust, topsoil, manure and mulch. The raised beds measure 10 feet by 4 feet.

Goodman said a total of four raised gardens will be located at the school, but he completed two. Another Eagle Scout will complete the other two.

The beds will be used for a school garden, and students are excited about the new addition to their campus, Goodman said.

“We went and talked to Mrs. Hudson, the new principal, and she said the kids were so happy when they saw it," he said. "That made me smile, because it makes me feel good that the kids want to use it."

Goodman, who wants to play baseball at Mississippi State, described becoming an Eagle Scout as "rewarding."

“It prepares you to not only to live in your community, but to live as a person who other people look to for help," he said.