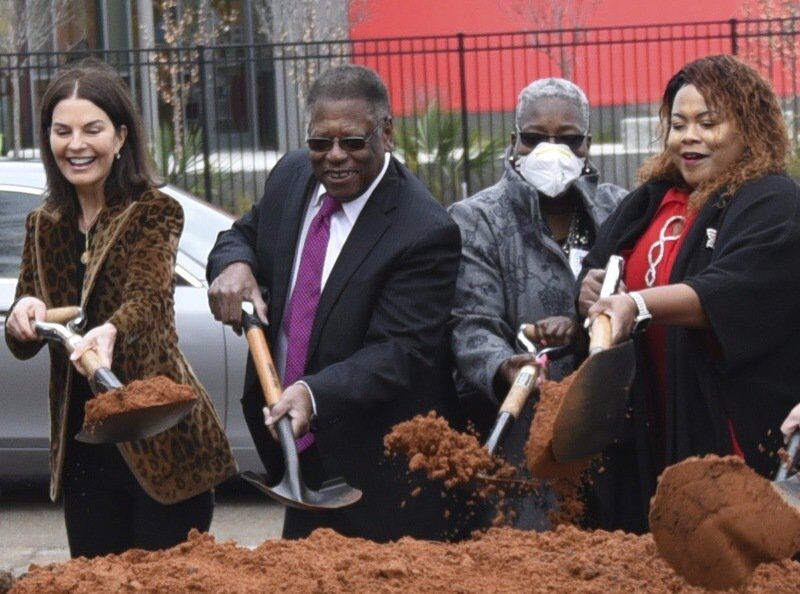 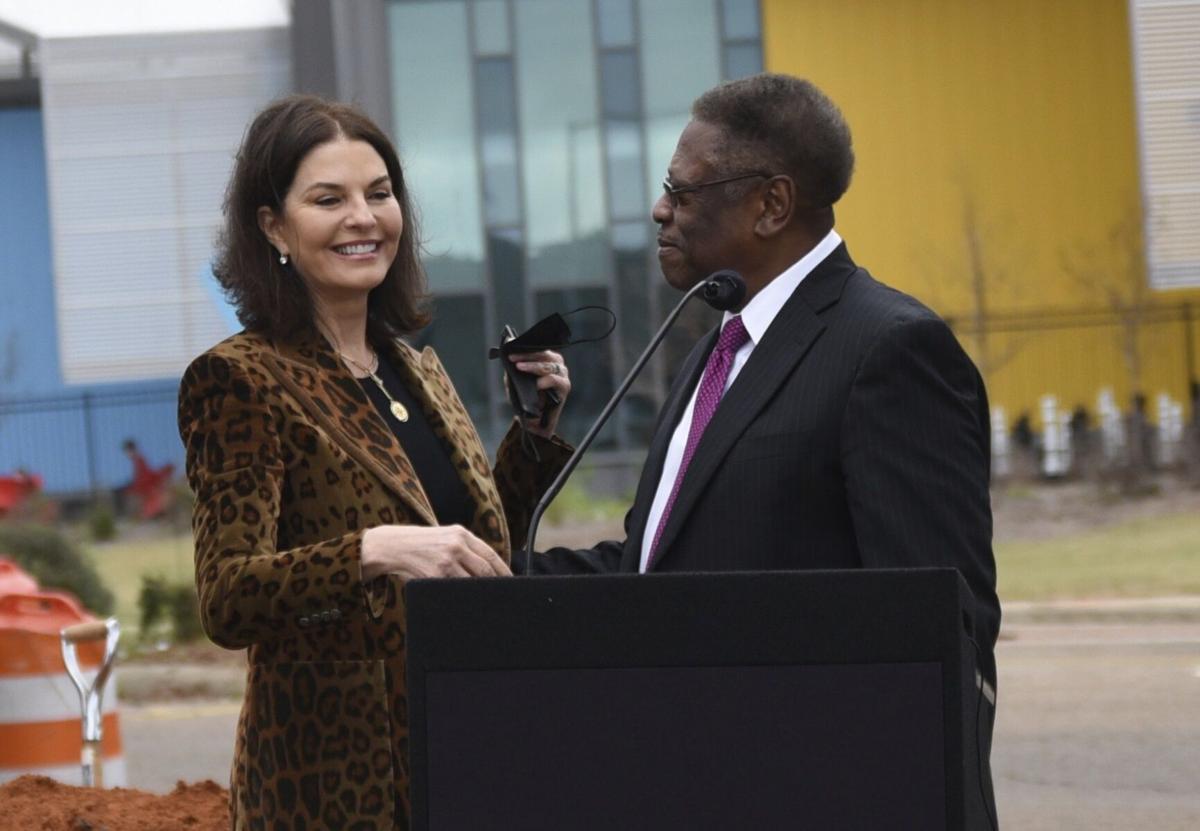 Transportation Commissioner Willie Simmons introduces actress and Meridian native Sela Ward Thursday at the groundbreaking for a $4 million revitalization project along Sela Ward Parkway. The project will include paving, lighting and sidewalk installation to improve pedestrian access and beautify the entrance to the Queen City. 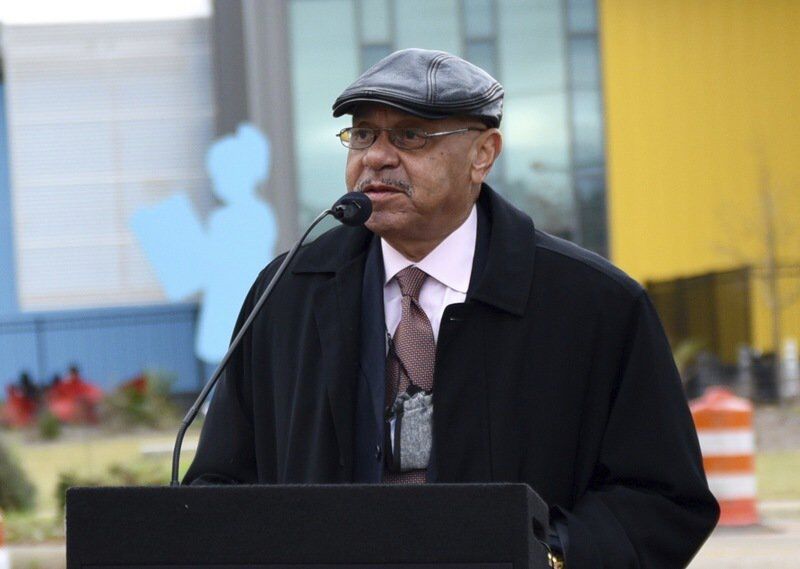 Meridian, Lauderdale County and state officials gathered across from Meridian Police Department Thursday to break ground on a $4 million revitalization project for the Sela Ward Parkway, a section of 22nd Ave. considered to be the gateway to the city.

Transportation Commissioner Willie Simmons said the project will include multiple improvements to the thoroughfare into downtown, including paving the road, new lighting and installing sidewalks for pedestrians to move about safely.

“We are not just going to be paving this street, we are going to be putting sidewalks on it which is going to create safety,” he said.

Simmons said the project will not only improve access to downtown Meridian from I-20 but create an avenue that draws motorists from the interstate into downtown.

“It’s just going to help beautify and cause individuals to want to get off the interstate and come into downtown,” he said.

Actress and Meridian native Sela Ward, for whom the parkway is named, said the project is not just about improvements to the road. When complete, she said the project would serve as a gateway to downtown Meridian and draw others to her hometown.

“Today what we’re really doing is christening a befitting gateway to the heart of our queen city,” she said. “It’s so exciting. I’m so happy to be here and be a part of it.”

The Sela Ward Parkway, Ward said, is another step in revitalizing downtown and builds on the hard work and investment others have done in the community.

Mayor Jimmie Smith said there were many people involved in bring the Sela Ward Parkway from conception to reality, and he wanted to thank everyone who participated in bringing the opportunity to Meridian.

“I want to thank all of those who had something to do with this project,” he said. “It’s just fantastic, and we’re happy to be here today to do this groundbreaking.”

The project, which is expected to cost about $4 million, is being funded by both city and state funds. The city previously announced it would contribute $1 million to the project, with the remaining cost coming from state sources.

On Thursday, Simmons said the project was estimated to take about a year to complete, and he looked forward to returning in Spring 2023 to unveil the final product.