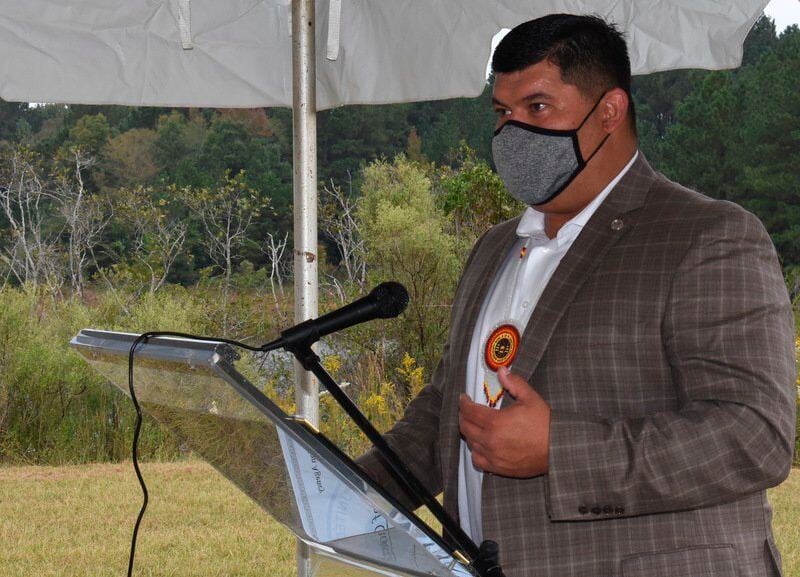 Cyrus Ben, tribal chief of the Mississippi Band of Choctaw Indians, speaks about a litter trap for the Kentawka canal during a ceremony at Lake Pushmataha on Thursday. The trap, which is part of the EPA’s Trash-Free Waters program, will be able to catch litter before it enters other waterways. 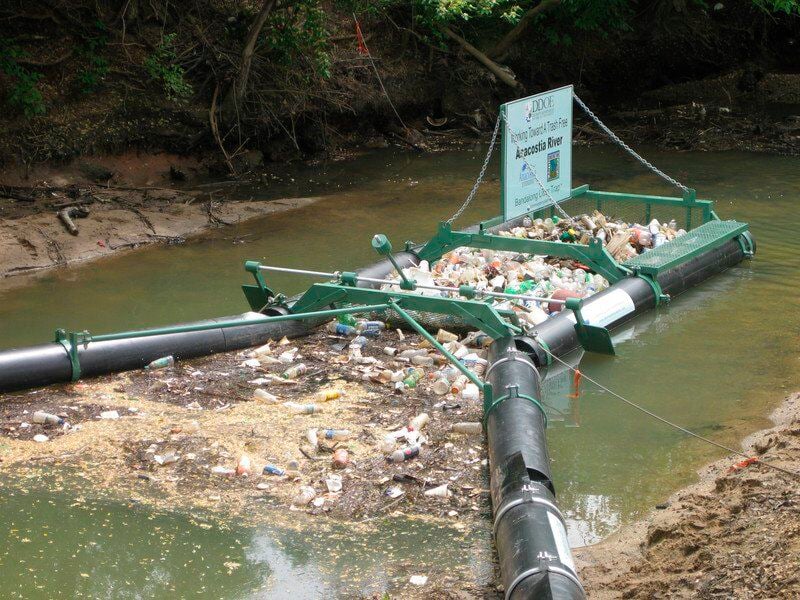 The Environmental Protection Agency has granted the Mississippi Band of Choctaw Indians $200,000 to buy and maintain a Bandalong Litter Trap similar to this trap.

A new trap on land owned by the Mississippi Band of Choctaw Indians will play a role in reducing pollution in the state's waterways.

The Environmental Protection Agency granted the tribe $200,000 to buy and maintain a litter trap in the Kentawka canal.

EPA officials announced the funding at Lake Pushmataha on Thursday.

“This land was what nurtured us,” Tribal Chief Cyrus Ben told the crowd. “We were agriculturalists. We lived off the land by the wildlife and game, and we continue to do so. And we’re put here to also be the keepers of it and continue in each and every step.”

The trap, which is part of the EPA’s Trash-Free Waters program, will be able to catch litter before it enters other waterways.

“The impact is not only for us locally, but to affect everything downstream of us, which is a very large area,” Ben told The Star.

He said that the canal flows into the Pearl River, which empties into the Gulf of Mexico. Removing trash from the waterways would affect species, too, Ben said.

The grant will allow the tribe to buy a litter trap and pay for its operation and maintenance, according to Molly Block, assistant deputy associate administrator for policy at the EPA.

Katie Pugh, Region 4 tribal relations coordinator for the EPA, said the device will most likely be a Bandalong Litter Trap. The device floats in the water, and the current guides litter into the trap, according to the website for Storm Water Systems, the company that makes the trap.

Pugh said she and others are just starting to design the project.

“This is a proven approach that’s been applied in other areas as well,” Mandy Gunasekara, the EPA Chief of Staff, told The Star. “So it’s good because we know that this works and it’ll help improve the environmental standing of that area.”

She said this is part of a larger EPA priority of reducing the trash that enters the ocean. The Trash-Free Waters program funds projects across the country.

“In the Trump administration,” she said in a speech at the event, “we prioritize developing both sound policy and reasonable technology to keep plastic out of creeks, rivers, lakes and oceans.”