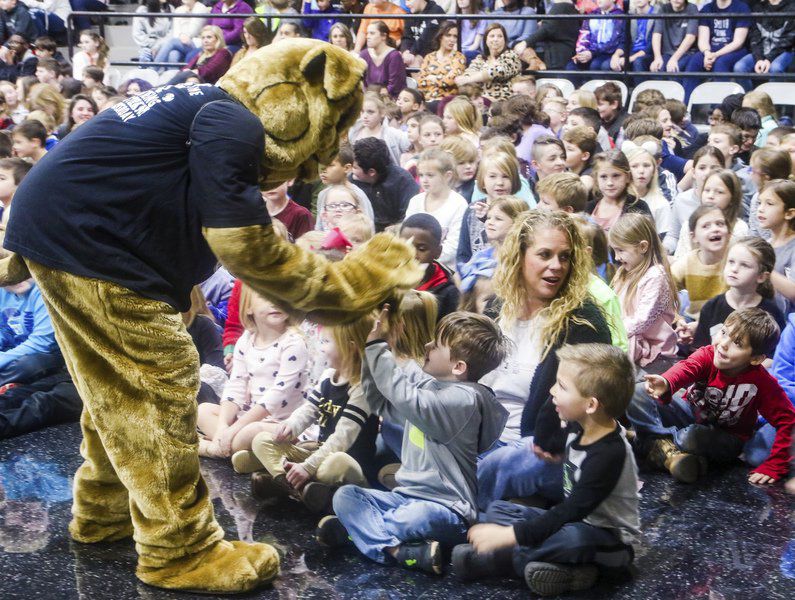 The mascot from Enterprise High School makes his way around the gymnasium Tuesday to congratulate students in the school district for winning the Award of Excellence. 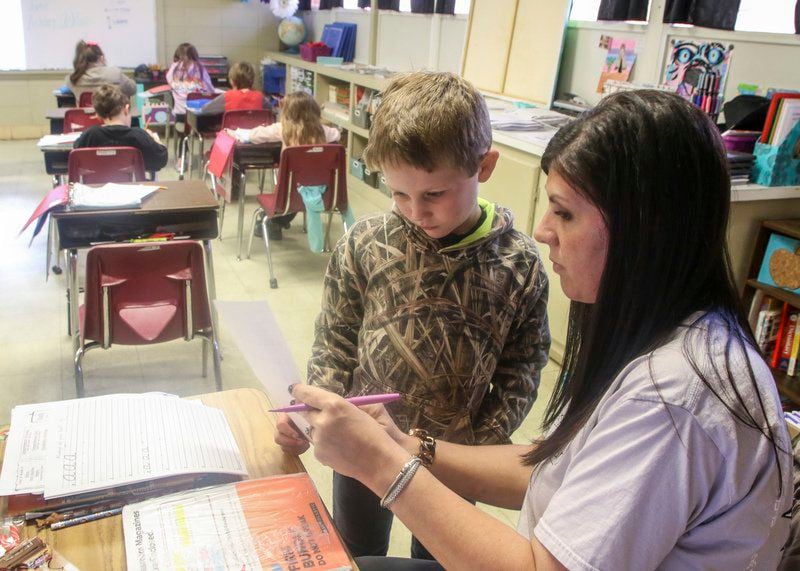 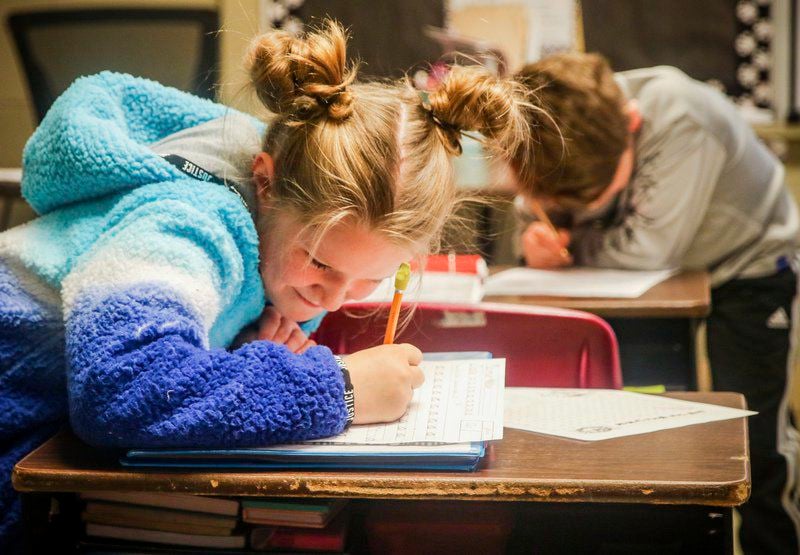 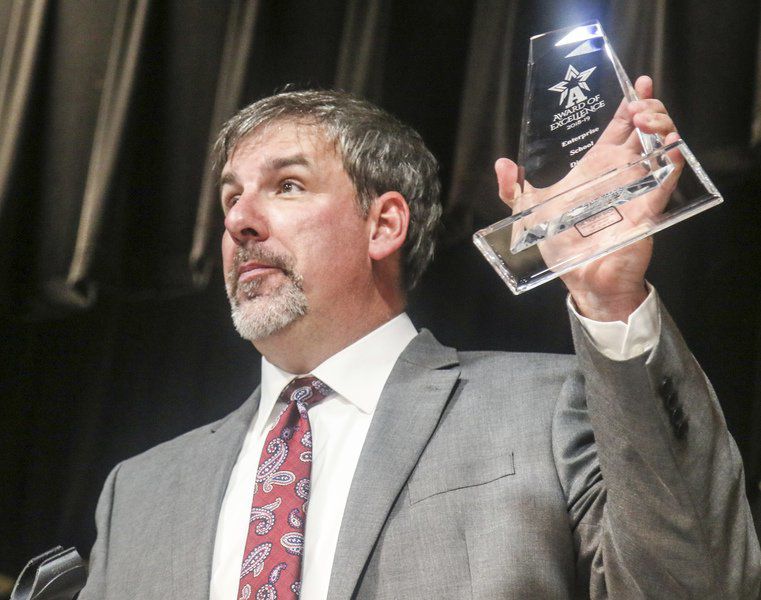 Enterprise School District Superintendent Josh Perkins holds up the Award of Excellence at an assembly Tuesday afternoon after receiving it for the fourth year in a row. The district is one of several in Mississippi visited on a statewide tour by education leaders called “Celebration of Excellence."

ENTERPRISE — Students, staff, state officials and others came together Tuesday to celebrate the Enterprise School District for being rated an "A" district.

For the fourth year in a row, the district has been rated an "A", with the elementary and high schools earning an "A" and the middle school earning a "B."

Tuesday's visit was part of a Celebration of Excellence Tour, which recognizes "A" rated school districts in the state. Education officials visited the Union Public School District earlier in the day.

Enterprise, one of 31 districts to receive the honor, is one of nine to earn an A rating for the last four years. The district had a 95 percent graduation rate for 2019.

“It's sending a very powerful message to the community and to the business people that come here that the children in the district are receiving the finest education that Mississippi has to offer," said Carey Wright, the state superintendent of education.

"I'm telling you this story so that you can tell others this story, adults and students alike," she said. "I am no longer letting people get away with people saying we are at the bottom because we are not."

Wright said Enterprise's success helps fight the stigma that Mississippi is ranked last in everything.

Wright said school ratings are based on certain factors, such as making sure all children are learning, factoring in student's individual scores that show growth, graduation rates, ways that schools help students who are struggling and access to advanced course work.

The one thing she sees in schools similar to Enterprise, Wright said, is a focus on education, high expectations and community support.

“That is what I see every time I'm in Enterprise,” she said. "You have community support."

Superintendent Josh Perkins said there is no formula for success, but credited the teachers, students and the community for the achievement.

"The greatest resource a school district can have is a classroom teacher," he said.

Wright urged the school district to continue to set high goals as it moves ahead.

“You and other districts like you are changing the history of education in Mississippi,” she said.