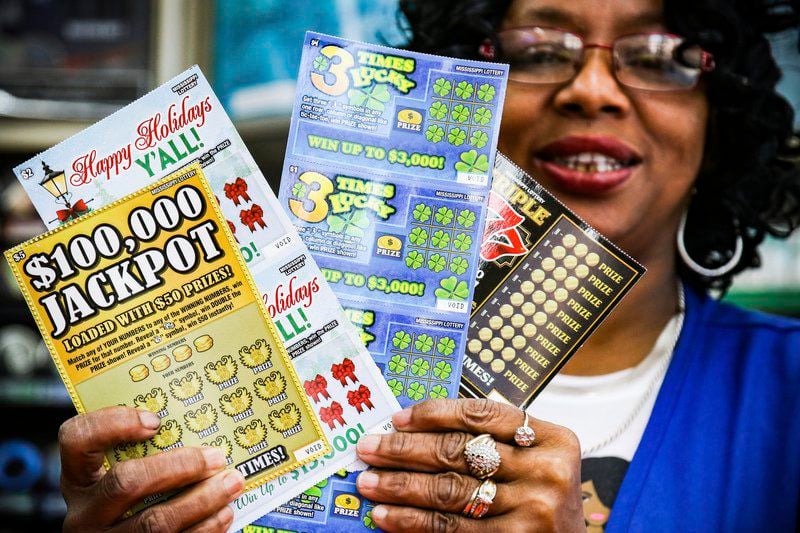 Annie McVay, a cashier at a Sunoco in Toomsuba, shows different lottery tickets that will be on sale in the store, starting Nov. 25. 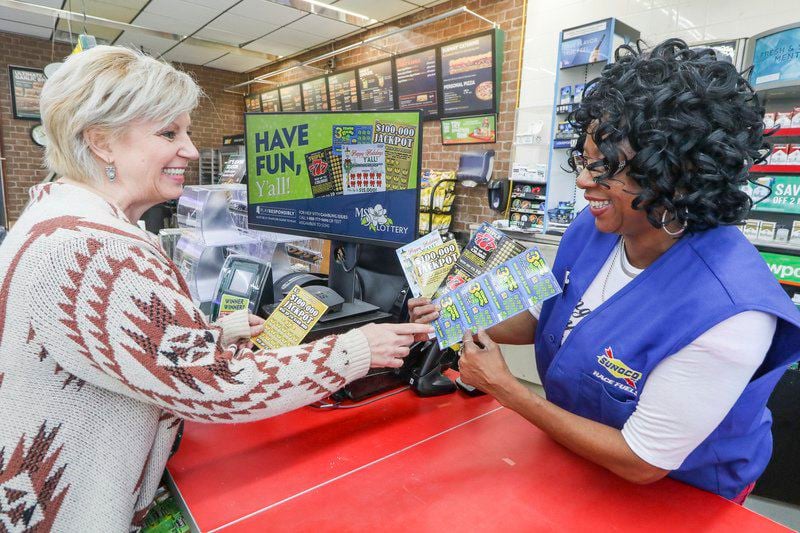 Tina Wood, left, and cashier Annie McVay look over the lottery tickets that will be available for sale on Nov. 25 at a Sunoco in Toomsuba.

David Haggard is taking a gamble.

On Monday, he'll begin selling scratch-off tickets at three gas stations in Lauderdale County, but it's too soon to tell how the start of the lottery in Mississippi will impact his businesses.

“You’re going to have increased costs across the board to run it and so you got to make sure that you bring in enough income to offset those costs and still have a profit left over.”

• Scratch-off tickets will go on sale Monday, Nov. 25 and Powerball and MegaMillions tickets will be available for purchase beginning Jan. 30.

• To find out where you can play the lottery, visit https://www.mslotteryhome.com/players/locate-a-retailer/

• If you or someone you know has a gambling problem, the Mississippi Council on Problem and Compulsive Gambling operates a help line and text service. Call 1-888-777-9696 or text msgambler to 53342.

The first four scratch-off games, available at approximately 1,200 retailers statewide, range in price from $1 to $5.

Customers ages 21 and older can purchase tickets at participating locations, including gas stations, convenience stores, grocery stores, tobacco and beer shops, according to Meg Annison, the director of communications for the Mississippi Lottery Corporation.

Businesses interested in selling lottery tickets have to go through a background and credit check and be in good standing with the Mississippi Department of Revenue.

The MLC continues to receive and process applications and there is no cap on the number of retailers, Annison said.

More than 20 businesses are signed up to carry lottery tickets in Meridian, according to the latest available numbers on the MLC's website.

The Mississippi lottery begins Monday. Do you plan on purchasing lottery tickets?

Beginning Jan. 30, Powerball and MegaMillions tickets will be available for purchase.

Powerball drawings will take place on Wednesdays and Saturdays, with MegaMillions on Tuesdays and Fridays.

For years, customers have been asking if the lottery was available in his stores.

“People are excited,” Haggard said. “I think that we’re going to see an initial push with the scratch-off tickets and then that will probably slow up a little bit, but then when the draw tickets start ... it’s going to be put your chinstrap on.”

Haggard has undergone training for the lottery and will be sharing what he learned with his employees.

One of his stores, a Sunoco off the Toomsuba exit of I-20, will be one of the first places Alabama residents crossing the state line will be able to play the lottery. Alabama is one of five states that have not authorized a lottery. The others are Alaska, Hawaii, Utah and Nevada.

“All hell’s going to break loose,” Haggard said. “We will be having to evolve on the fly with the setup of the store.”

He may have to add more staff and cash registers, based on what he saw during a research trip to Louisiana this week.

“We went into a store and they had six cash registers – four cash registers strictly for the lottery only and it blew my mind,” Haggard said. “We don’t want our average store customer who comes in to get a convenience store drink or item to be able to have to sit behind a large line of people that are buying lottery tickets.”

Doug Harrington shares some of those concerns and remains on the fence about becoming a lottery retailer, despite the potential income opportunity.

Harrington, the manager of Kewanee One Stop, a truck stop and restaurant off Highway 11 and US-80, said he wants to see how it works in other locations before he signs up.

“Being that we are the first exit in Mississippi, this place as it is now, we get so busy at times that we can barely handle our own current customer base,” Harrington said. “I don’t want to see all the excess traffic hurt what we’ve already got.”

One of his regular customers, Harvey Lee Wilson of Lauderdale, said the lottery is long overdue in Mississippi.

“If a person wants to work hard and spend their money on the lottery, they should have the lottery.”

“If a person wants to work hard and spend their money on the lottery, they should have the lottery,” he said. “I’m going to plan to win this money and then retire from work.”

Woody Davis of Meridian said starting the lottery in Mississippi will keep revenue from going to other states.

“People are going to do the lottery, so we might as well have the revenue,” he said.

Churches had long opposed bringing a lottery to Mississippi, but lawmakers met in special session last year and voted to start one to generate money for transportation, the Associated Press reported.

Robert Null, pastor at First Assembly Meridian, said he frequently sees families suffering financially because of gambling in the casinos.

While he doesn't necessarily see that happening with the lottery, he's afraid it will create an opportunity for a lot of people to waste money, he said.

“I do see people spending money on the lottery that they would better be spent elsewhere.”

“I do see people spending money on the lottery that they would better be spent elsewhere,” Null said.

Across the border in Cuba, Alabama, some are waiting to see how the Mississippi lottery affects business.

Bessie Maye, the head cook at Cuba One Stop, a restaurant near the state line, said she would like to see the games available in Alabama.

Neal Bell of Livingston, Alabama plans to make the short trip for tickets.

“To me, it’s just something to do,” he said. “It’s fun…Then you have something to look forward to on Saturday evenings.”

The MLC is anticipating about $125 million in total sales over the first seven months, according to Annison.

Up to $80 million of net proceeds during the first 10 years will go to infrastucture projects around the state, and anything beyond that will go to the Education Enhancement Fund, supporting classroom supplies and early childhood education, she said.

“The benefit is, in addition to providing entertainment to people, we are also giving back to the state of Mississippi to help with infrastructure and education needs,” Annison said.