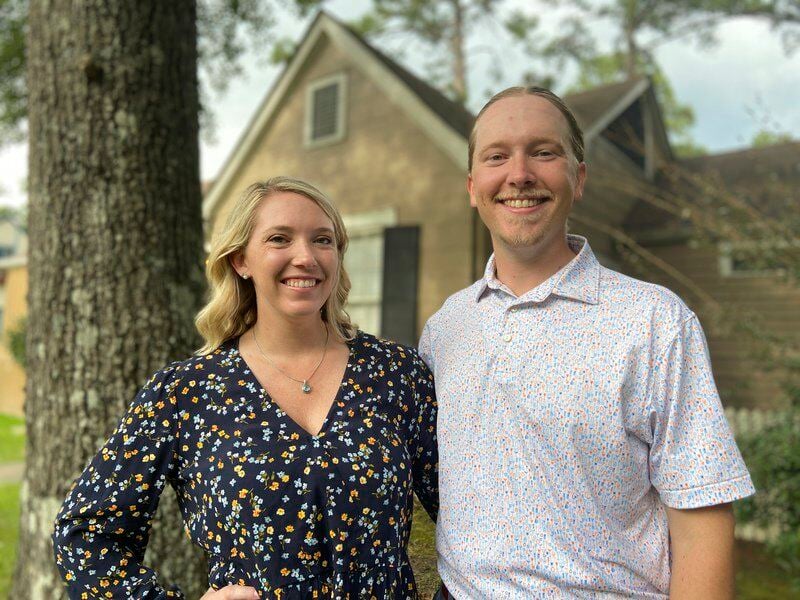 Thomas Deweese and Mary Lauren Wilson are selling their home on Grandview Avenue in Meridian. 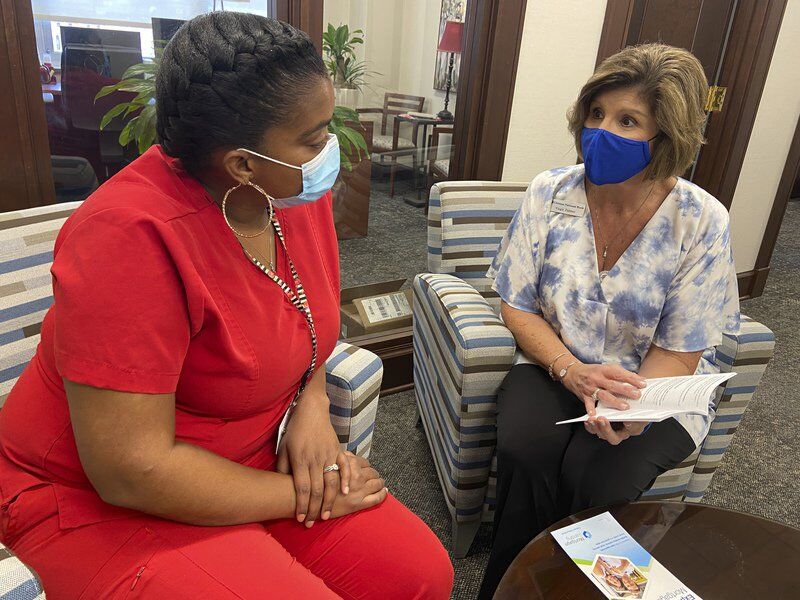 Destiny Jones of Quitman recently purchased a home with the assistance of Virgie Palmer, a loan originator at Citizens National Bank.

After being sheltered at home during the coronavirus pandemic, many East Mississippi residents have been rethinking not only how they live, but where they live.

As a result, there has been an increased interest in home buying and selling in both the city of Meridian and Lauderdale County.

August home closings in 2020 were more than double 2019 (37 vs. 16), according to statistics provided by Terry Winstead, of Winstead Realty and chairman of Multiple Listing Service for East Mississippi Realtors.

Winstead anticipates the closings could be even higher in September because closings usually run 30-45 days behind contracting.

Malcolm Martin, of Winstead Realty, has been in the real estate business for only a year and a half. In that short time, however, he has seen the effects of the COVID-19 pandemic affect the market.

“Interest rates are the main driver of activity these days," Martin said. "Along with that, you have folks who are saving money, not going out to eat as much. I feel like safety is a huge factor, too. Renters are looking to distance themselves from being so close to other renters, and homeowners are looking to upgrade their space.

“The last two homes I have listed have gone under contract in less than a week, and if that continues, I believe we will start seeing home prices go up if they already haven’t.”

East Mississippi is part of a national trend this summer. The National Association of Realtors reported for July the second straight month of accelerating home purchases. It concluded that the home-buying market has stabilized from where it was almost frozen in the spring when the viral pandemic erupted.

Purchases of existing homes nationally are up 8.7% from a year ago. More than two-thirds of the homes sold nationwide in July were on the market lesss than a month.

Statistics provided by Winstead bear that out. Sales were down 11 percent  from January through May, but increased 34 percent from June through August.

Kittrell attributed that increase in listing to realtors setting the tone for health and safety, coupled with the lowest interest rates they have seen in quite awhile.

“At the beginning of the spring, sellers were hesitant to list their property," Kittrell said. "Now, we are seeing increasing numbers of listing because sellers are confident their property will be protected with safety protocols of wearing masks, social distancing, etc.”

As for those interest rates, 30-year fixed mortgage rates were at 2.91% or better as of Aug. 27 compared to 3.55% this time last year, the National Association of Realtors reported.

“The volume of mortgage processing we are experiencing is insane. I deal with almost four times the number of clients today compared to this time last year.”

“The volume of mortgage processing we are experiencing is insane," Trustmark loan officer Taylor Chapman said. "I deal with almost four times the number of clients today compared to this time last year.”

Chapman said that competitive pricing and down payment assistance funds offered by the state make buying a home easier and more affordable.

“It is indeed a seller’s market, but my clients who are buying are finding a “sweet spot” that combines location, price, and attractive interest rates,” Citizens National Bank loan originator Virgie Palmer said. “These home and properties are flying off the shelves.”

Palmer said the unprecedented volume is requiring bankers, attorneys and realtors to work to meet their clients’ needs.

“For the first time in many years, we see full-price offers for homes in every price range. We will see our numbers for this quarter at the end of September, but I am certain they will be amazing.”

The shortage in inventory created extreme demand, Oltremari said, “Just like the shortage in toilet paper, listings are in short supply.”

The buyers include first-time buyers and homeowners electing to upgrade or refinance, according to SaRon Heath, who has been selling real estate for Century 21 Howell Realty for four years after previously working as a financial cost analyst for Georgia Pacific.

“People always need a place to live,” he said, with a laugh.

Sometimes they don't even know they're looking.

Thomas Deweese and Mary Lauren Wilson were not in the market for a house and were completely content in their little bungalow on Grandview Avenue in Meridian.

An unexpected detour when walking through their neighborhood led them to a recently-listed home larger than their current one. With favorable interest rates in play, they wound up purchasing another historic beauty with a bit more space for entertaining.

“We love our first home; it has so many great features, but we couldn’t resist upgrading to more space and a little redo thrown in for good measure,” Wilson said.

“We were happy to get the home we wanted, the location we wanted. Now, we are just waiting for the right buyers to love our current home as much as we do.”

They may not have to wait too long.

Beau Burns, of White Oak Properties, listed their home, and while it has only been on the market for a little more than 30 days, Burns has shown it many times.

"I just put a rural property under contract in less than a week, and I had three offers for it that same day.”

"I just put a rural property under contract in less than a week, and I had three offers for it that same day,” Burns said.

The increased buying activity is not just in Meridian, and not just among newly listed homes.

Destiny Jones, of Quitman, recently closed on the perfect home for her and her children. She managed to find a property that had been on the market since June 2019 as she drove by the house on her way to work at The Medical Group of Quitman. It was a mere two blocks from her children’s school.

She noticed the homeowners in the yard and began talking with them about the home’s amenities. She quickly contacted their realtor, Martin.

A few weeks later, Jones was unpacking boxes in her new home.

The boom is reaching beyond buyers and sellers to people looking for a career.

“We see this every time there is a seller’s market,” Oltremari said. “Inventory is low, and sales are brisk."