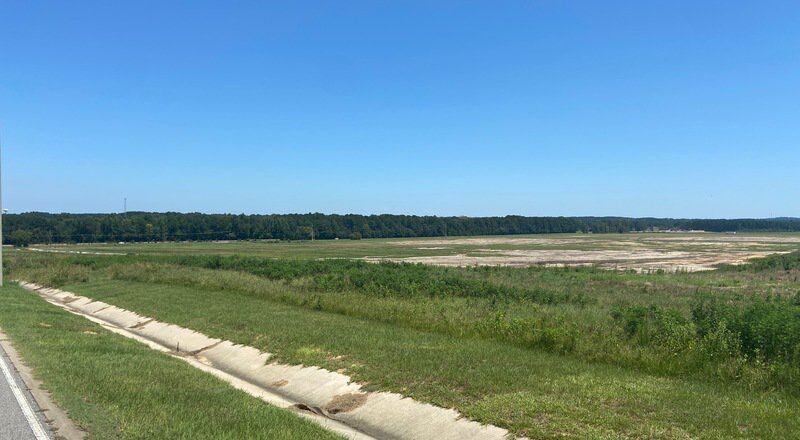 The Key Brothers Industrial Park, owned by Lauderdale County Board and marketed by the East Mississippi Business Development Corporation, is one of several local sites being offered for development at a time when the COVID-19 pandemic has slowed or halted business activity across the country. 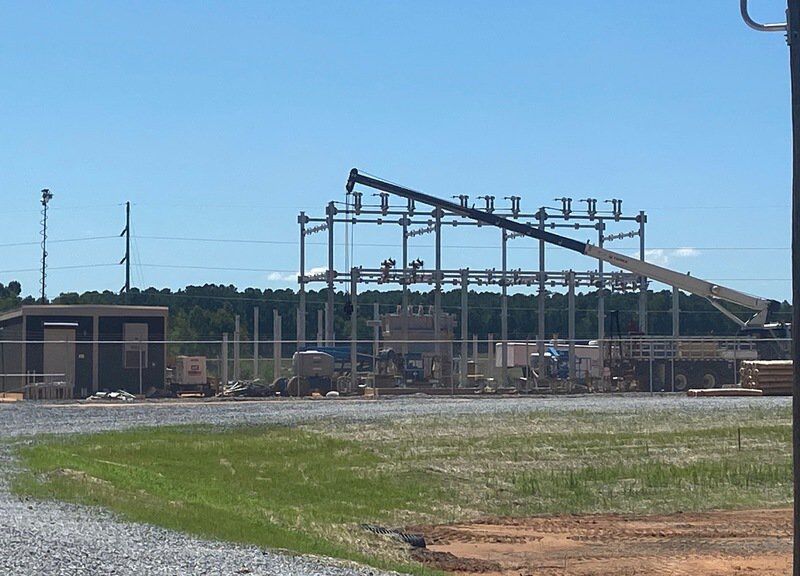 Mississippi Power is constructing a new substation at the Key Brothers Industrial Park. 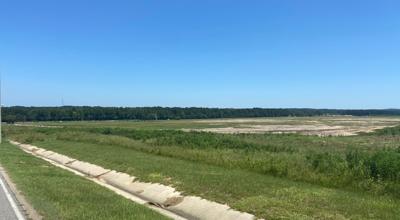 About three miles northeast of Meridian, along I-20/59, sits an industrial park about 500 acres in size.

When local government and economic development leaders look at it, they see potential.

The Key Brothers Industrial Park is owned by Lauderdale County and marketed by the East Mississippi Business Development Corporation.

It's one of several sites being offered for development in Lauderdale County at a time when the COVID-19 pandemic has slowed or halted business activity across the country.

“Since March, the activity has really slowed down, as you would suspect,” said EMBDC President and CEO Bill Hannah.

In the past year or two, the state legislature provided $3.5 million for site grading and the county invested another approximately $400,000, according to Terrell Temple, the county's engineer of record with Engineering Plus, Inc.

Over the last four years, about 15 to 20 companies have visited the site and others in the county, such as the G.V. “Sonny” Montgomery Industrial Park - Phase IV near Lockheed Martin in Marion, Hannah said.

“They wouldn’t necessarily be big boxes, but they would employ more people, they would pay higher wages, higher skill levels and that’s what we’re kind of pursuing,” Hannah said.

Currently, Mississippi Power is constructing a new substation in the park.

“We’d hoped we’d have something by now, because it’s one of the premier sites in the southeast to attract industry and I think there’s been some interest, just everybody is just kind of on hold,” said District 5 Supervisor Kyle Rutledge. “I think a lot of it’s the pandemic going on and also with the presidential election ... I've also heard that everybody’s wanting to see how the political environment of the country goes.”

It's not clear how many companies are actively considering the county's sites, Hannah said.

“COVID is, if nothing else, it’s uncertainty, and so, there just aren’t many companies right now that are very, very active, because they don’t know what tomorrow’s going to bring,” he said.

Despite that uncertainty, Hannah is optimistic about the site's future.

“We’re just too well-located to not have anything located here,” he said.

Another industrial park, located at the airport, has 130 acres available.

In October 2016, Raytheon announced it picked Meridian for a jet manufacturing facility at the site, that if approved, would create 450 jobs.

Three months later, Raytheon withdrew from the competition and the deal was dead.

“Raytheon representatives said that this is no way a reflection of Lauderdale County or the selected site,” District 3 Supervisor Josh Todd said in a January 2017 statement.

“We’d hoped we’d have something by now, because it’s one of the premier sites in the southeast to attract industry and I think there’s been some interest, just everybody is just kind of on hold,”

Using a $50,000 competitive site development grant from the Mississippi Development Authority, the Meridian Airport Authority extended a 12-inch water line along Highway 11 to the front of the site to make water more accessible for a future project, according to MAA President Tom Williams.

He said a company involved in aircraft maintenance, manufacturing or distribution would be a good fit there.

“Meridian won, period,” Williams said. “The fact the deal fell apart with Raytheon bothered us, obviously ... but by golly, we went out and won and it shows we can do it. We won with a Fortune 500 corporation and we built relationships and learned a lot about selling.”

When potential industry comes to town, Meridian Community College often has a seat at the table, said President Tom Huebner.

“They’re wanting to know about training,” Huebner said. “That’s something we do really well. We have a number of programs, obviously, and we can tailor programs to a specific industry.”

The pieces are here, he said, but the area is just waiting for the right opportunity.

“Having the sites does not always guarantee that you’ll have large manufacturers or large industries, but I promise you this, that if you don’t have them, you won’t get large industries and manufacturers, so it’s an entry-level requirement to even be in the conversation,” Huebner said.

Bland is hopeful Meridian will be a prime spot for industry once businesses have more confidence.

“We have a good relationship with the people in Jackson that’s over the state economic development team and also both the governor’s office and lieutenant governor’s office have communicated to my office that they have their eye on East Mississippi, so, from a leadership standpoint, I just keep my fingers crossed that when we do get out of this COVID crisis that we’re in and businesses to open back up and expand, Meridian is going to be at the table.”

OUR VIEW: We have built fields of industrial dreams; will they come?

They'll come to East Mississippi for reasons they can't even fathom. They'll turn off Interstate 20/59, not knowing for sure why they're doin…

The Mississippi State Department of Health reported 15 new COVID-19 cases from the virus as of 6 p.m. Saturday in Lauderdale County.