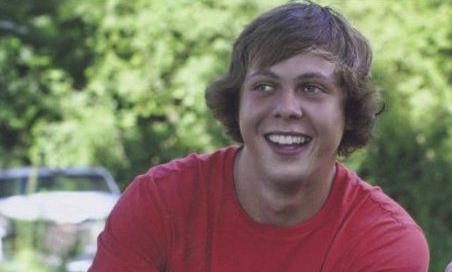 photo courtesy of the Andreacchio Family via Mississippi Today 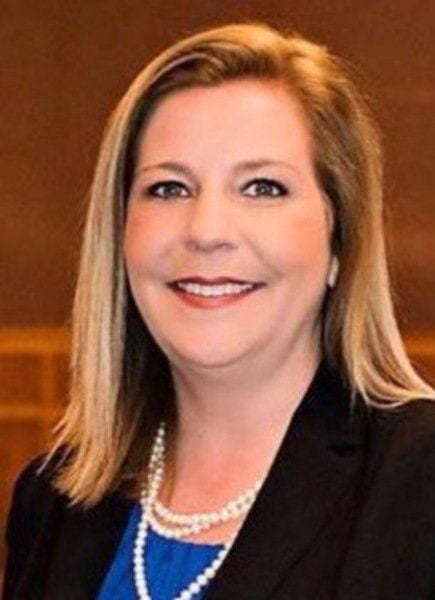 District Attorney Kassie Coleman of the 10th Judicial District said she would resubmit a case in the 2014 death of Christian Andreacchio only if new evidence is presented to her office.

None has been received, however.

Coleman outlined the district attorney's timeline of the case, which has gained national attention in part through the podcast Culpable, in a statement Friday.

The timeline, according to the statement, “details the current DA’s consistent efforts to serve the Andreacchio family and all citizens by being responsive to their requests.”

"I believed for the integrity of our office that it was important to put the facts out," Coleman said by phone Friday. "It is in no way in direct response to any one inquiry or any one incident."

An autopsy determined the manner of Andreacchio's death was suicide, the statement said, but his parents maintain their son would not have taken his own life. 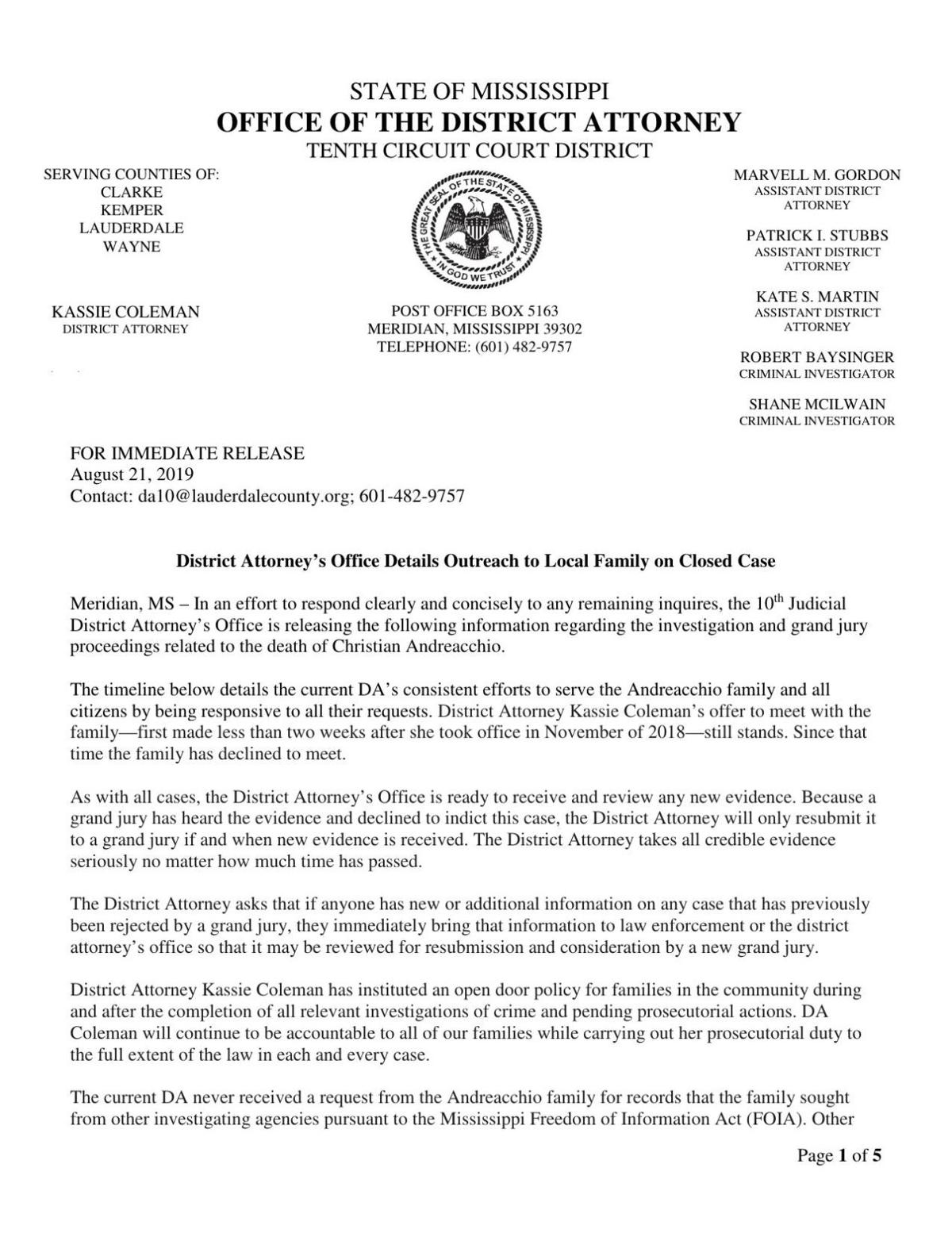 In February 2017, then-District Attorney Bilbo Mitchell recused himself from the case and requested that Attorney General Jim Hood review it, the statement said.

That year, a Lauderdale County grand jury decided not to indict two people in connection with the 21-year-old’s death.

Two months ago, Meridian Police Capt. Jay Arrington told Coleman he wanted an opportunity to present the case as culpable negligence manslaughter to a new grand jury and Coleman arranged to formally meet with the Meridian Police Department and the Mississippi Attorney General's Office on July 1, according to the statement.

Coleman attempted to learn if there was any new evidence in the case, but none had been received, according to the statement.

"I would love to have the opportunity to complete any and all cases, including that one,"  Arrington said Friday.

Arrington and Meridian Police Chief Benny Dubose both said they did not have any new evidence in the case.

The Andreacchio family has declined to meet with Coleman, but her offer to meet still stands, according to Coleman's statement.

Coleman said the Attorney General's office had offered to review the grand jury presentation with the family.

"The more you have at the table, the more you are likely to get a complete picture," Coleman said in a phone interview.

The case is still with the Attorney General's office, Coleman said.

Coleman will only resubmit the case to a grand jury if new evidence is received, according to the statement.

She encouraged anyone with new information to bring it to law enforcement or the district attorney's office.

“The District Attorney takes all credible evidence seriously no matter how much time has passed.”

The creators of a popular podcast about the 2014 death of Christian Andreacchio of Meridian have announced a reward of up to $100,000 for new…