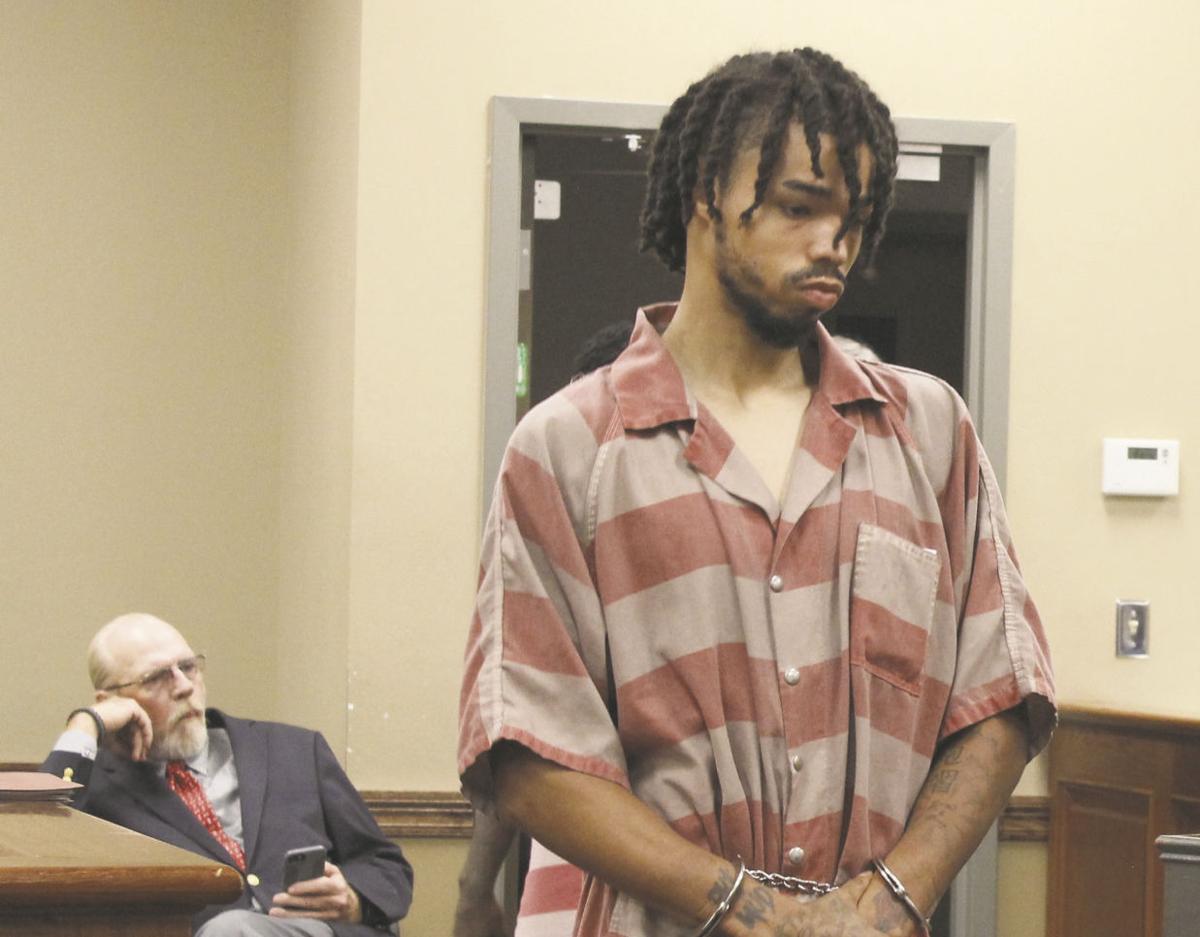 Joshua Salovich enters the courtroom for his preliminary hearing in the death of 3-year-old Bailey Salovich.

Joshua Salovich enters the courtroom for his preliminary hearing in the death of 3-year-old Bailey Salovich.

Meridian police told the city court Monday that a failed math lesson and soiled pants led to the beating death of a 3-year-old child over the weekend.

Meridian Police Detective Kevin Boyd told the court that Joshua A. Salovich, 25, of Davidson Road, Meridian, said, "It was all his fault," following the death of his 3-year-old daughter, Bailey Salovich.

Bailey was flown to Jackson for treatment but she died by Saturday evening. Her cause of death has not been determined but the local hospital told police that the toddler suffered brain bleeding, a possibly detached retina and her lungs were filled with blood.

Bailey had a swollen, red abdomen, bruises and welts on her legs, lacerations on her buttocks, U-shaped marks on her legs and buttocks as well as a head wound, Boyd said.

Boyd said, according to Salovich, he was teaching Bailey her numbers.

"She apparently did not want to participate and get the correct numbers," Boyd said. "He said he would pop her with his hands on her butt and legs when she got a wrong answer... (he said he) backhanded her several times in the stomach because she kept getting it wrong."

Boyd said the detectives asked Salovich how hard he had hit Bailey with the last and cord on a 1-to-10 scale.

"I know that there are individuals who may lose their temper or become frustrated. But that is no excuse, in my opinion, for this sort of action against a child."

According to Abate's reading of Salovich's statement, when they questioned Salovich about the discipline and learning numbers he said, "The streets are hard... for her to survive she has to be hard, too."

The court charged Salovich, of Davidson Road, with capital murder and denied bond.

Bailey's mother, who cried with family through most of the preliminary hearing, collapsed after the hearing and was taken to a local hospital by Metro Ambulance.

Police Chief Benny Dubose said after the hearing that this was the first time law enforcement had encountered Salovich or Bailey.

"I know that there are individuals who may lose their temper or become frustrated," Dubose said. "But that is no excuse, in my opinion, for this sort of action against a child."

Private Memorial services for Marilyn Anne Waldron Hager will be held at a later date. Robert Barham Family Funeral Home is honored to be entrusted with the arrangements. Mrs. Waldron, 44, of Meridian, passed away Tuesday, Oct. 13, 2020, at her residence. Mrs. Waldron is survived by her son,…