The old Village Fair Mall site on 22nd Avenue is being considered as a location for a new Lauderdale County Courthouse. 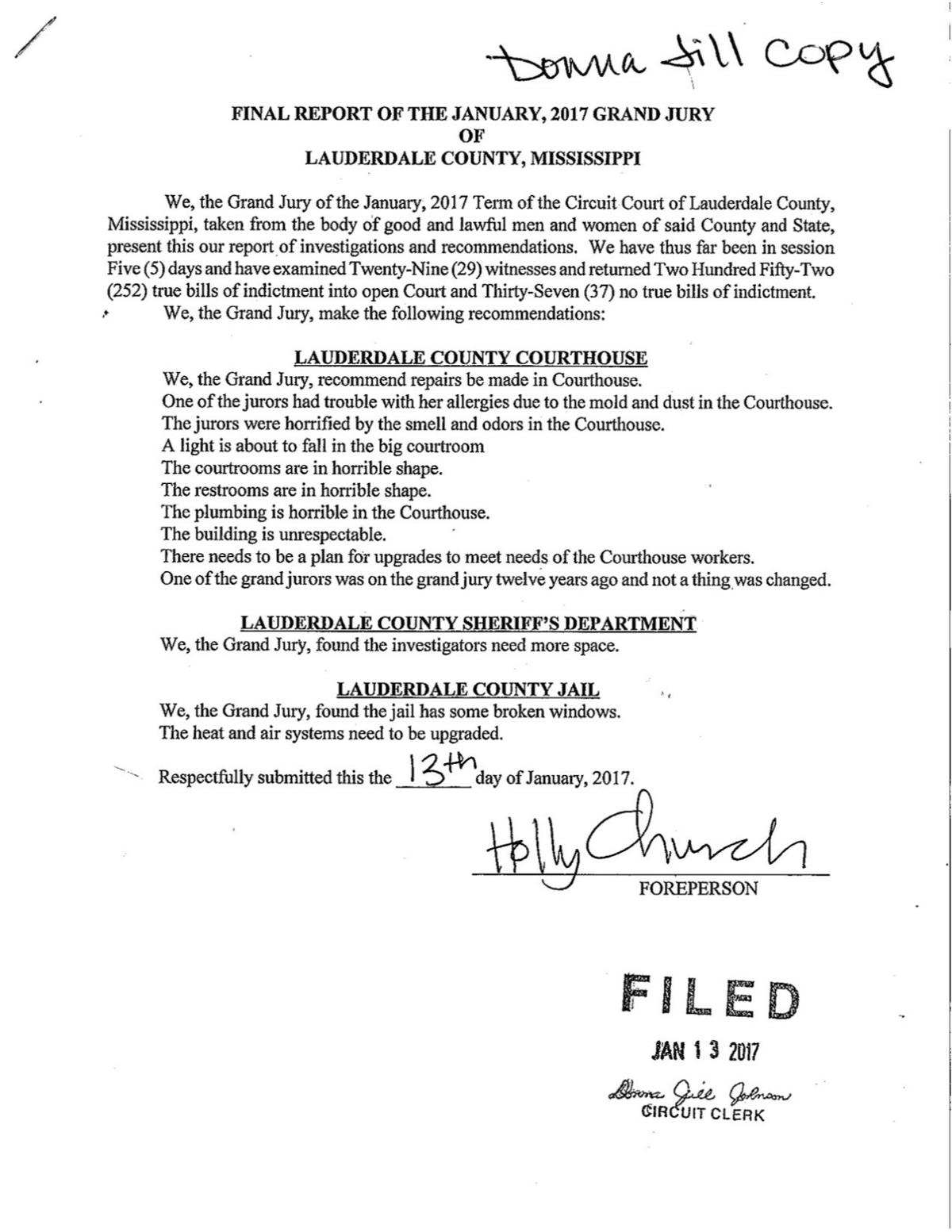 The old Village Fair Mall site on 22nd Avenue is being considered as a location for a new Lauderdale County Courthouse.

The Lauderdale County Board of Supervisors received a lesson in brownfield redevelopment Thursday as they consider the viability of the former Village Fair Mall on 22nd Avenue in Meridian as a potential site for a new courthouse.

PPM Consultants Director of Brownfield and Economic Development Jere "Trey" Hess addressed the board during their work session.

"The key thing at this point concerning the Village Fair Mall site is what is the end use likely to be," Hess said? "Stephen Covey wrote in his book 'The Seven Habits of Highly Effective People,' No. 2 was 'begin with the end in mind.' This works for brownfield redevelopment, as well, knowing the planned end use helps DEQ (Department of Environmental Quality) determine the most appropriate and protective cleanup for the site.

"For the Village Fair Mall site, I see that as being one of the first big decisions that need to be made," he said.

Supervisors have been challenged for months to find a suitable solution to the cramped and aging courthouse, which was built in 1905. Belinda Stewart, of Belinda Stewart Architects, from Eupora, delivered a 66-page study to the board in December, recommending five potential solutions:

• Adding on to the courthouse and renovating the Courthouse Annex at a price of $37.95 million;

• Not adding on to the existing courthouse but renovating the annex and removing the jail at a price of $37.27 million;

• Renovating the courthouse and adding on and selling the annex at a price of $30.9 million. The jail is not included in the plan;

• Moving all county business to the old Village Fair Mall site at a projected price of $43.65 million;

• Moving all county business to the Village Fair Mall and selling lots around the site for private development at a projected price of $46.75 million.

"Some brownfield sites are old industrial sites, others are commercial buildings with little or no environmental contamination," Hess said. "Other brownfield sites could include former service stations, former dry cleaners, factories, warehouses, parking lots, former co-ops, vacant lots and other types of facilities."

Critics of the Village Fair Mall site say it once housed a Firestone tire store and is contaminated.

"If you want to solve a problem, you've got to define the problem," Hess said. "Like a used car dealer you've got a car you want to sell me. I say it's a Cadillac and you say it's a Chevy. DEQ says we need to look at all the inspections and negotiate how best to clean it up. There are a lot of layers to this."

Hess, a 1986 graduate of Meridian High School, said he remembers going to Village Fair Mall as a youngster and sees the potential for its transformation.

"Brownfield Redevelopment is about opportunities because we have so many old, vacant and underutilized properties, particularly in cities like Meridian, that are great locations for commerce and redevelopment," Hess said. "I grew up in Meridian and have seen over the last several years a transformation towards revitalization of downtown and areas like the Village Fair Mall site."

As an example, Hess said Tupelo recently redeveloped its Fairpark District from a contaminated property that once housed a dry cleaners.

Board of Supervisors President Josh Todd said the presentation was needed.

"The presentation was very informational. It showed me things that I didn't know like properties we now have as a landfill we can utilize it for something else," Todd said.

One area resident’s visit to the Lauderdale County Courthouse this week was a lot like deja vu all over again.

With architect Belinda Stewart's final study of the Lauderdale County courthouse in hand, county supervisors say they are moving closer to de…