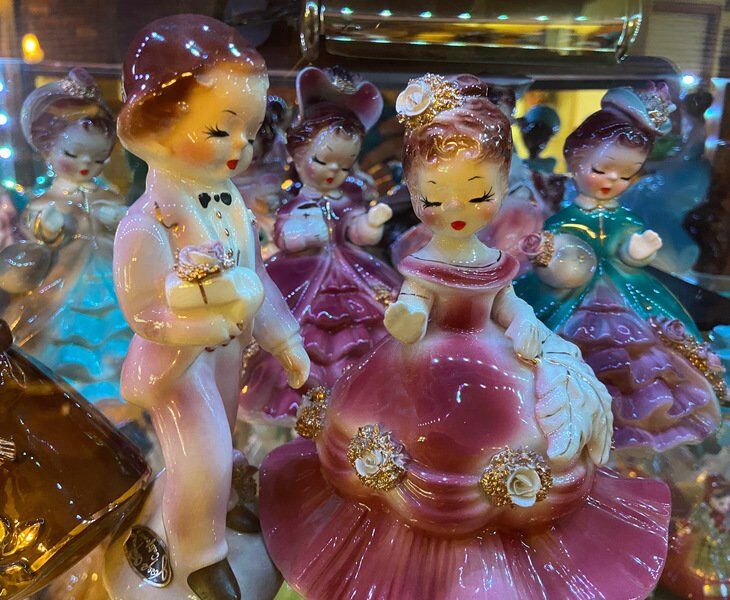 Robbie Lane’s home is filled with Josef Originals figurines, which she began collecting as a tribute to her mother, who loved working with ceramics. 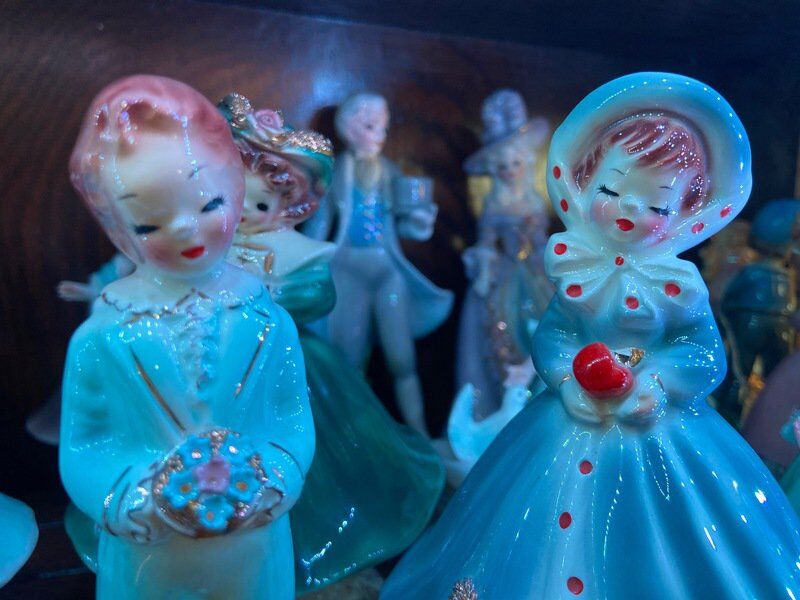 Two of the figurines in Robbie Lane’s vast collection. 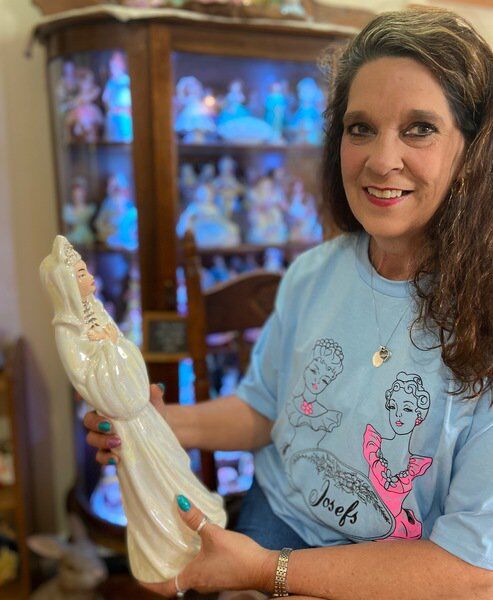 Robbie Lane holds her favorite Josef Originals figurine, one of several hundred of the collectible items she owns.

When Robbie Lane’s mother, Kathy Carney passed away in 2018, she knew she wanted to find a way to honor her best friend.

So she began collecting Josef Originals figurines as a tribute to her mom, who loved working with ceramics.

“In 1974, my three-year-old brother died, and my mother began her hobby of frequenting the many ceramic studios in Meridian,” Lane recalled. “She started out just trying to occupy her mind, but she quickly fell in love with the art.”

When Lane’s mother’s health began to decline, she soon found herself collecting figurines by Muriel Joseph George. These pieces were mislabeled as “Josef Originals” due to a printer’s spelling error when they were first marketed

In 1942, George made Lucite jewelry under the name “Muriel of California,” but she could no longer find the Lucite during World War II. She turned to clay modeling and ceramic jewelry creating little figurines of girls, pixies, children, and animals.

Muriel’s husband returned from the war, and the two began working together to create pieces, working out of their garage until they could afford to rent a building.

In 1954, the couple met George Good, a representative and distributor for many California pottery lines. He sent Muriel to Japan, where she worked with the local artists at the Katayama factory to teach them how to create the collectibles.

Muriel Joseph George retired in 1981, and she sold her company to George Good. She continued to design for him until 1985. When she died in 1992, she left a legacy of many treasures for collectors to search for and acquire.

‘I just fell in love with it’

Three months before Lane’s mother died, she found her first Joseph Original for a dollar at the Hope Village Thrift Shop.

“This little figurine was broken at the waist, but I showed it to my mother, and we began researching it,” Lane said. “I just fell in love with it, and after she passed, it brought me comfort to collect the pieces. It reminded me of the times with my mother when she worked with ceramics.”

Today, Lane is the administrator of a Facebook group with 1,800 followers, and she has about 500 of the collectible pieces which she catalogs in books by circling the acquisition and noting the date she purchased it. These books contain photographs of many more pieces Lane wants to acquire. She displays these treasures in seven curio cabinets.

“I know there are so many collectors out there, maybe in Meridian or in the state,” Lane said “I don’t know about them yet, but I would love to connect with them to share our mutual passion.”

“These pieces are everywhere,” she added. “I found one on the bottom shelf of an antique store in Jacksonville, Florida. The owner had no price on it, so they sold it to me for $5. I quickly learned it was worth $75. It’s probably one of my favorite pieces, too.”

Lane urges collectors to reach out to her by joining her Facebook group, Josef Original Finds. She will also have a booth at the U.S. 11 Antique Alley and Yard Sale at the old Shell station on Hwy. 11-80, past Toomsuba into Kewanee on the left. The sale runs Thursday - Sunday.