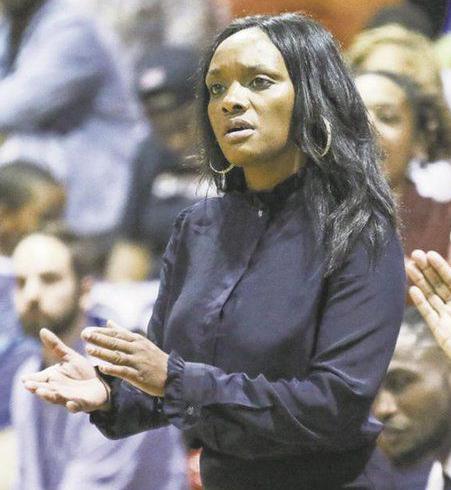 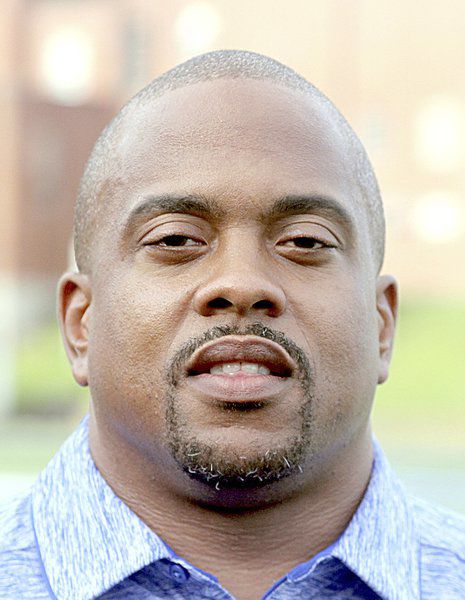 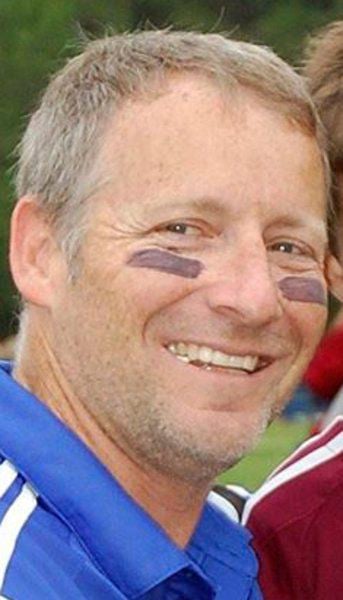 Rusty Warden, the president of the Alliance Futbol Club 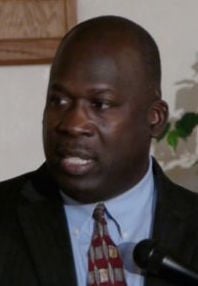 Ricky Hood, executive director for the Boys and Girls Club of East Mississippi.

Deneshia Faulkner doesn’t know the precise number of children who might slip through the cracks were it not for sports, but her reaction to the question says it all.

If home situations are difficult for student-athletes, coaches can sometimes act as both a mentor figure and a shelter from harm.

While Faulkner said she’s never noticed signs of physical abuse in her players — or had players tell her it was a reality for them — she said there have been times she was made aware of trouble at home.

“It’s more so just some being underprivileged and things like that,” Faulkner said. “You reach your kids a lot better when you know them as people outside of school. It’s always good to know the home situation and a little bit of the things that they’re going through.”

Faulkner makes a point to show interest in her players beyond the basketball court, something she said good coaches do anyway regardless of whether or not they suspect a bad home situation.

For her, that means attending a piano recital or another extracurricular activity in which they might be involved.

“And in doing so, sometimes you encounter signs,” Faulkner said. “As a coach, you have access to things that a teacher might not have. A lot of times we have to take those kids home or pick them up from home. I know a lot more about my kids than their teachers do, so if it wasn’t for these coaches, it’s scary to think about (what might happen).”

Calvin Hampton, the head football coach at Southeast Lauderdale, previously coached at Meridian as both a head and assistant coach and was also an assistant at West Lauderdale before Meridian. In his coaching career, Hampton said he’s had players confide in him about troubling situations outside of school, and he feels it’s a coach’s job to do whatever they can to help.

“I’ve dealt with situations where kids were homeless,” Hampton said. “With abuse, there’s so many different degrees of that. As far as physical abuse, I haven’t seen much of it, but I’m not saying a kid hasn’t been traumatized during their younger years. Us being coaches, it’s our duty to be the lighthouse for them when things get tough.”

Though he’s never seen signs of physical abuse, Hampton said if he were to suspect abuse of one of his athletes going on, there are protocols in place at the school to follow.

“If you think kids are going through any type of harm, legally, we have to inform the proper chain of command, from your administrators to the higher levels like counselors, based on what you heard or suspect is going on in their home,” Hampton explained. “You have to be as discreet as possible while at the same time having their best interest at heart.”

Faulkner said school districts offer training to spot abuse in the form of professional development or workshops, but outside of that, the onus falls on coaches to develop a trust with their players.

“Sometimes I’ll have kids come to me, even if I don’t see those signs, and tell you what’s going on,” Faulkner said.

Caring for players beyond the field — and the realities to which it exposes coaches — is something a lot of people don’t realize goes into being a coach, Hampton said.

“The average fan or official has no clue about the kids that they come across daily who, without football or sports in general, would be lost,” Hampton said. “They would be breaking into houses or be out in the streets doing things because of the lack of parental involvement in some cases. I’m not saying it’s like that for all of them, because some parents do have good values, but sometimes we coaches are everything for a kid, so we have a duty to protect the kids.”

With so many athletes being introduced to sports at a young age, youth sporting organizations can serve a vital role in helping children who may be at risk.

Rusty Warden, the president of the Alliance Futbol Club — the Meridian Youth Soccer Organization’s competitive arm — said coaches, administrators and volunteers with MYSO are required to pass KidSafe background checks before they can begin helping the organization.

Though he’s never seen signs of physical or mental abuse, or heard of such instances from other people working in MYSO, Warden said he has come across children that come from stressful home environments.

That’s all the more reason to make soccer something the children enjoy doing.

“You see it with the kids when they come out there, it’s an escape for them,” Warden said. “We want to make it a positive, fun learning environment, and we’re trying to teach life lessons through sports and instill good, quality values in our children.”

In 31 years with the Boys and Girls Club of East Mississippi, Executive Director Ricky Hood said he’s never noticed signs of physical abuse, though he has encountered children that come from hostile home environments. Hood said Boys and Girls Club staff and coaches are required to report suspected abuse to authorities. Abuse can come in many forms, however, and sometimes it comes in the form of parents placing too many expectations on their children’s athletic careers, Hood said.

“With some parents, everything is fine (at home), but expectations can lead to abuse attitudes by parents who treat sports as more than what it is,” Hood explained. “We always go back to the ‘fun’ part, and as a parent, that should go back to you as far as whether or not they’re having fun with what they’re doing.”

The life lessons learned from sports are the most important thing to take away from a team environment, and the organization’s staff makes a point to develop a partnership with the parents of children under its care.

If a child is enduring a poor home environment, athletics might be one of the few things in that child’s life providing stability, structure and peers and adults in whom they can confide.

“Obviously I’m biased, but I think (sports provide) such an amazing experience for kids to really learn and get positive values and habits from that will benefit them in society,” Warden said. “If a child didn’t have that outlet or opportunity to be in those environments and learn those lessons, it’s sad to think about.”

HOW TO REPORT CHILD ABUSE, NEGLECT

Jakie Toole could not speak for himself.

OUR VIEW: Saving the vulnerable is everybody's business

Mind your own business.