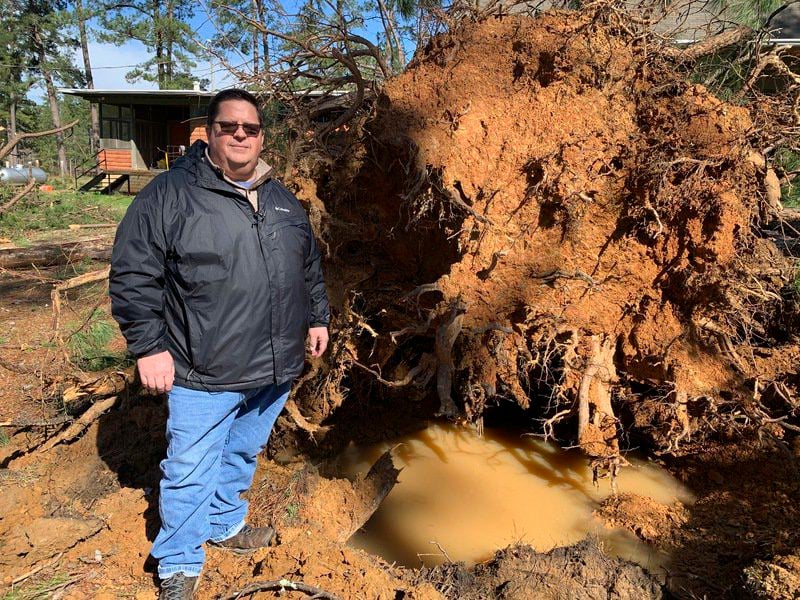 Ken Kercheval, the scout executive and CEO of the Choctaw Area Council of the Boy Scouts of America, stands next to an uprooted tree, damaged by a tornado on the grounds of Camp Binachi in Meridian. 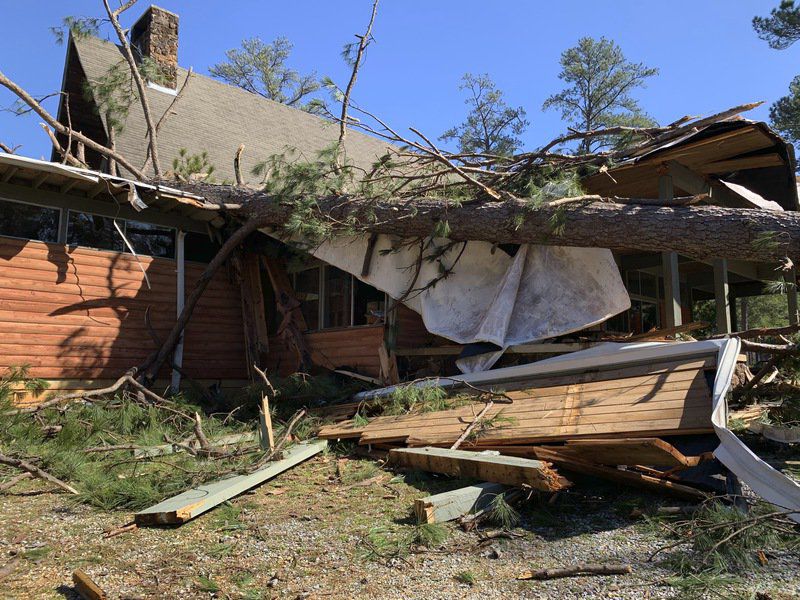 An EF2 tornado toppled a pine tree into the central lodge at Camp Binachi in Meridian Wednesday night. 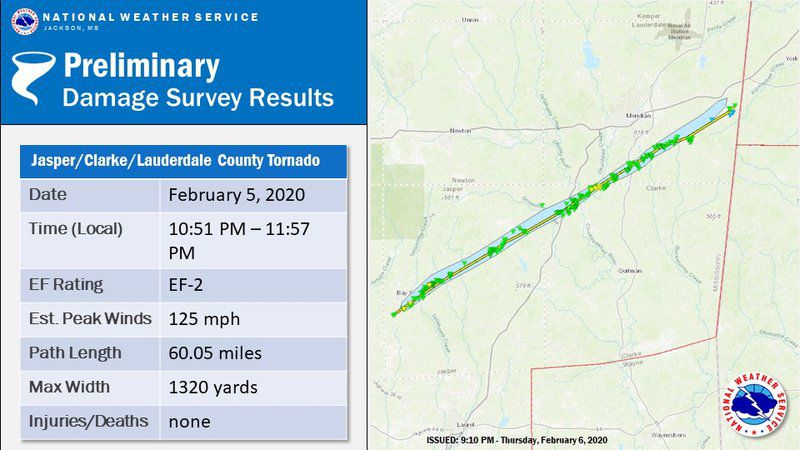 The track of the EF2 tornado that hit Clarke and Lauderdale counties on Wednesday.

Ken Kercheval stood in the sun among a dozen downed pine trees Friday, a tangle of branches at his feet.

“It brings back a lot of memories,” he said. “You realize how blessed you are that nobody was hurt.”

Kercheval, the scout executive and CEO of the Choctaw Area Council of the Boy Scouts of America, walked the grounds around the central lodge at Camp Binachi near Meridian, heavily damaged in Wednesday's EF2 tornado.

It's been 21 years since a deadly tornado destroyed Kercheval's neighborhood in Jackson, Tennessee.

“All this stuff can come back, but you can’t replace lives,” he said.

Camp Binachi serves approximately 1,100 children year-round, but the lodge was empty when the storm ripped through Wednesday night, Kercheval said.

Forester Anthony Cran estimated the fallen trees were about 100 feet long and 70 to 80 years old.

“You’ve got to just start growing them again, which, we're scouts and we’re about nature so once we get cleaned up, we’ll do some tree planting again,” Kercheval said.

One of the trees landed across the building, causing a partial roof collapse.

A large limb pierced through the kitchen, where the main support beam was shattered.

The lodge serves as the hub for the camp, a gathering spot for meals, meetings and trainings.

Kercheval said he wasn't sure the building could be fixed in time for an event planned next month, but offers of support have poured in from supporters, including scout councils outside the state.

“Right now we need to make sure that it’s safe to be out here...get some of the big timber out and roads cleared and do a safety check and get all the insurance adjusters out here. Once we get that done, then there’s going to be plenty of work.”

According to the National Weather Service, the tornado that hit Clarke and Lauderdale counties started around 10:51 p.m. Wednesday in Bay Springs in Jasper County, traveling 60 miles before ending at 11:57 p.m. at the welcome center in Cuba, Alabama.

That tornado was one of five in Mississippi confirmed by the NWS. The others were in Yazoo and Attala counties and the communities of South Ethel and South McCool.

Survey teams on Friday continued to assess the damage in Smith, Simpson and Leake counties.