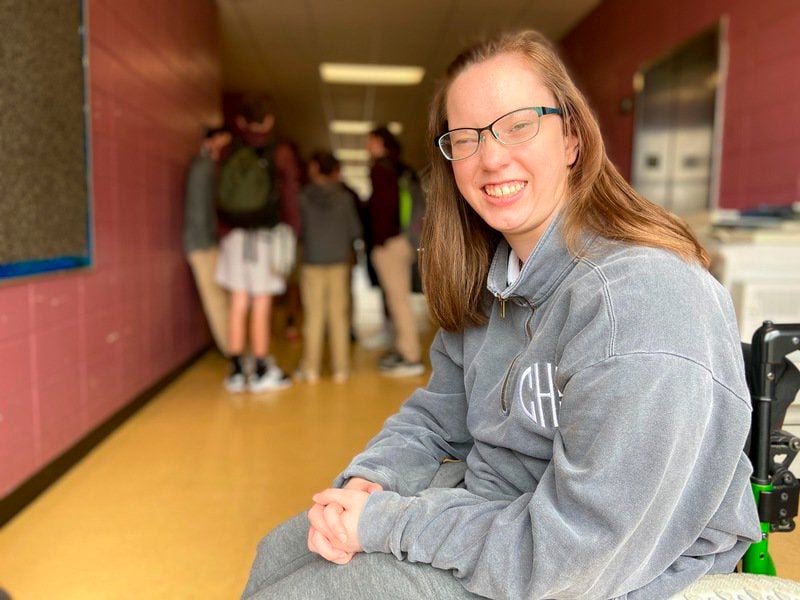 "Dream big, go far and accomplish anything," says Kalee Guin, a Clarkdale senior who stays busy with many school activities despite having cerebral palsy. 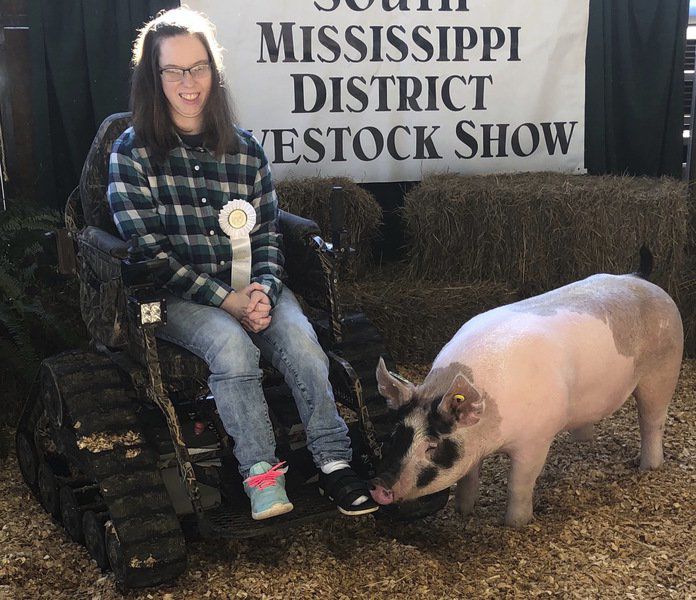 Kalee Guin recently competed in an agriculture show in Jackson, showing Margaret, a pig she raised in her Future Farmers of America class.

CLARKDALE — The word "no" isn't in Kalee Guin's vocabulary.

Using her forearm crutches or a mobility chair as needed, the Clarkdale High School senior is an inspiration to others, whether it's moving through the hallways or taking care of animals in her class.

"One thing is to never give up," said the 18-year-old, who has cerebral palsy. "You might not be here tomorrow, so do it."

Guin recently competed in an agriculture show in Jackson, showing Margaret, a pig she raised in her Future Farmers of America class. The pig was sold at the show's auction.

Guin described the show as "a little overwhelming," but said she was up to the challenge.

“It took me to a new level that I'd never done before,” Guin said, noting that she used a special mobile chair that resembles a small tractor.

“I drove in the ring with that,” she said. "It was so easy to move around so that I could show my hog."

Guin became involved in FFA after taking a tour of the program last year. She could've taken another class where she could've stayed seated, but she wanted to be independent and move around the class.

“There's not very much she can't do," said her mother, Sally Long. "She wasn’t able to do the welding because she's not able to stand up.”

Guin especially enjoys working on projects she can bring home to her family.

“Last year, I made her some end tables in the shop," Guin said. "It ended up being a really cool project and I gave it to her early because she was asking for it."

If her class goes to the barn or if she she's tired, Guin uses her mobility chair, but otherwise gets around on crutches. Her classmates also help out when she needs it, she said.

When Guin was younger, her family would find activities she could participate in, her mother recalled.

“We would always try to look for opportunities and things for her to do, because there are many things she can’t do,” Long said. “She can’t play sports or other things like that, but we try to keep her involved in the things she can do.

Over time, those opportunities have made Guin more independent, her mother said.

“She's showing a lot more independence as she has gotten older,” Long said. “If it's  something she wants to do, we see if it there is a way for it to be possible.”

Outside of school, Guin enjoys hunting using a special mount. She's killed a bison, elk and even an alligator.

After she graduates from high school, Guin plans to enroll at Meridian Community College, but hasn't decided on a major.

"Wherever I go, I hope they have a college FFA I can join," she said.

With a lot to look forward to in life, Guin said God is still writing her story.

"Dream big, go far and accomplish anything," she said.