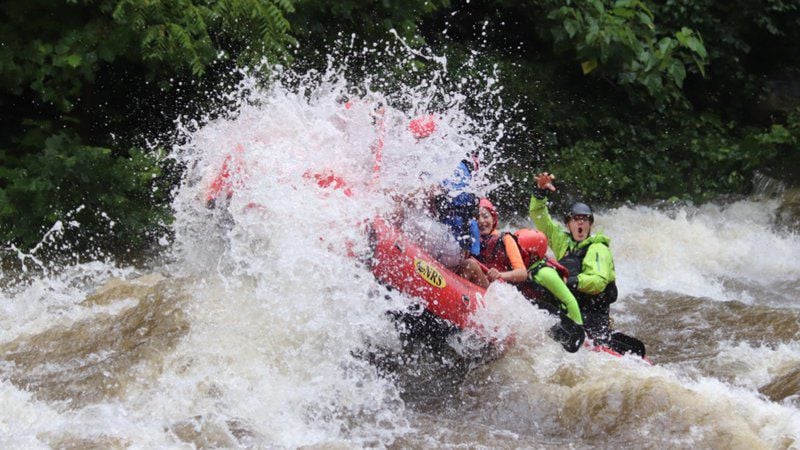 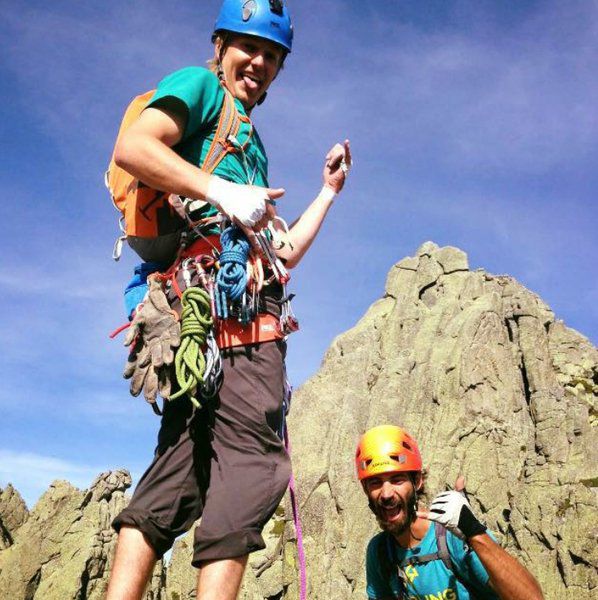 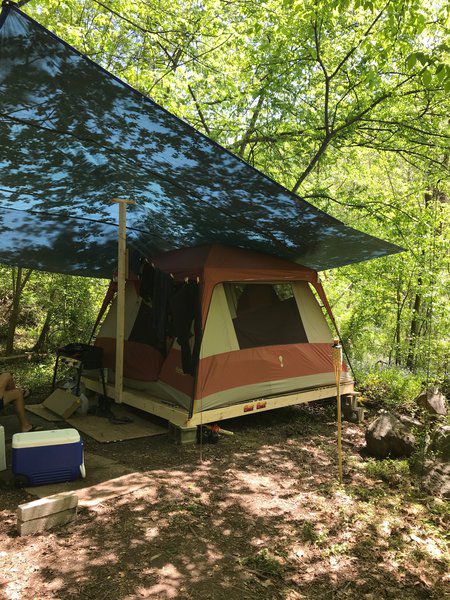 Jamie Lagendijk's “home sweet home” in the mountains of Tennessee. 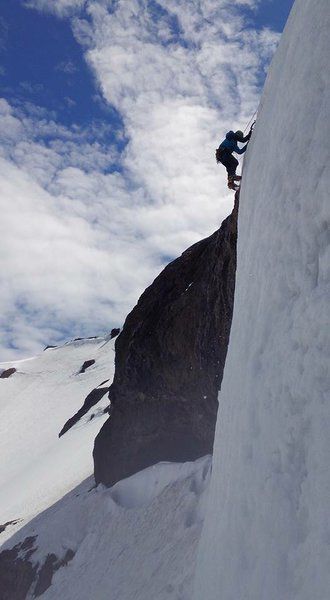 Lamar School graduate Jamie Lagendijk is ice climbing a hanging ice fall on Cerro Tronador in Patagonia along the border between Argentina and Chile. 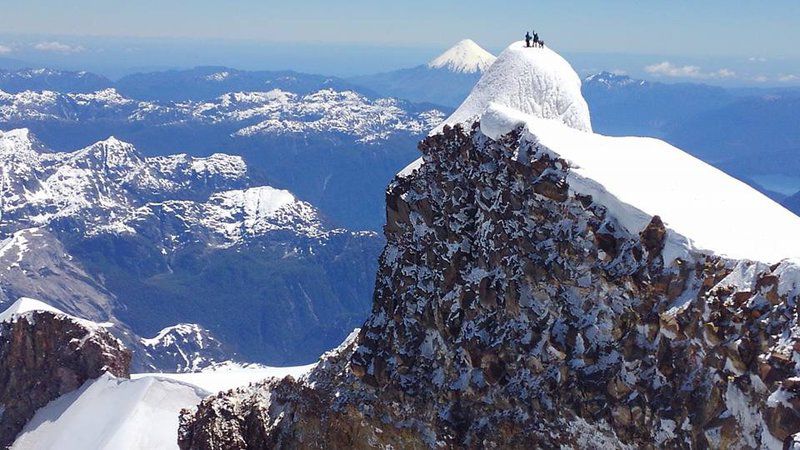 Jamie Lagendijk reaches the true summit of Pico International on Cerro Tronador in Patagonia on the Argentina/Chile border.

The outdoors is an amazing classroom. The student need only be attentive and willing and the lessons learned are lessons that will serve well throughout life. I recently had the opportunity to talk with a student enrolled in “Outdoor University” and hearing about his experiences whet my appetite for adventure.

Jamie Lagendijk is doing what outdoor junkies like to refer to as “living the dream.” He lives in Hartford, Tennessee, and is employed as a whitewater guide for Smoky Mountain Outdoors. For most adventure lovers this would be enough, but this is only one stop in what has been an amazing journey.

After gradating from Lamar School, he enrolled at Mississippi State University, however, his heart was elsewhere. He heard a calling, one best captured by the famous quote from naturalist John Muir: “The mountains are calling and I must go.” Heeding this call, he entered Mountaineering School in Alaska and his odyssey since that point has been an adventurer’s dream.

While in Alaska, Lagendijk learned how to do glacial traverses in the Chugach and Alaska Mountain Ranges. From there, it was on to Spain and rock climbing in the Pyrenees and, finally, he rounded out his training with snow skiing and mountaineering (primarily climbing) in the Patagonia Region of South America.

Since then, he has been in Tennessee guiding whitewater on the Pigeon River, except for a year-and-a-half stint working construction in Montana. I talked with Jamie recently about his adventures and future plans while he was home for his sister Jennifer’s wedding. During my brief time with him at the wedding reception, I was impressed with the tales from his trek. After talking with him again this weekend, I was even more impressed by the skills he has acquired as a student in the outdoors.

From experience, I know that it is hard to answer questions about “outdoor favorites.” So logically, that’s where I started with Jamie. His favorite experience thus far – rafting. In his words, “I’m definitely a big fan of water.” His tone and excitement made his love for the river obvious and also made clear his gratitude for all the experiences thus far. I think this is a wonderful life lesson – be grateful.

Lagendijk brought to light two others in the course of our conversation that merit sharing as I believe they are critical to success in any endeavor. First, having a positive mental attitude or what I like to call PMA. While on the river, he said this is a must. In his words, “keeping the mentality of we can make it, we can make it, even if you are there at the last second scraping against a rock (and just making it past) as the river pushes against you.” What an amazing life lesson to remember as life pushes against you – stay positive!

Second, he says another key skill he has learned is “dealing with people.” In his daily role as a guide, he interacts with a lot of people. During a busy day on the river he runs three to four trips. “A lot of people are on vacation,” he says and, “for some families it’s the first day and they are all excited, (however) for a lot of families it’s their last day and they are all kind of tired of each other and ready to get home.”

According to Lagendijk, you have to learn how to cater to different situations for different people including sometimes dealing with a language barrier with international clients.

“You have to learn to communicate in a ton of different ways,” he says. I told him that mastering this skill coupled with hard work would place him at the top in whatever endeavor he chooses as so many today struggle with basic communication.

I also asked him his favorite place thus far. Patagonia and Alaska were at the top of his list (both bucket list locations for me). In fact, he said that the landscape of the two is very similar.

In describing them he said, “The only real description I have for Alaska, you know how everybody says everything is bigger in Texas? That’s not true – everything really is bigger in Alaska! All the plants are huge, all the animals are giant!”

He added, “Spain is great, too! The people from Spain are what make that place so great.”

Throughout the interview, I found myself impressed with Jamie’s humble confidence and sense of gratitude. He believes in himself and is grateful for everything he has experienced. “Everywhere I’ve travelled, I would go back,” he says.

In terms of advice for those that may have similar dreams, Lagendijk says, “Always be realistic with yourself, but you can’t underestimate yourself either. You may have to push yourself a little harder...and step out of your comfort zone...don’t let anything stop you from going and trying new things.”

About that comfort zone, I would be remiss if I didn’t point out that this adventurer currently lives in a 10x10 Eureka tent – and loves it! He told me he spent his rookie year on the river living in a tent and really enjoyed it. This year he upgraded his setup by building an elevated base for the tent and adding a tarp.

I’m proud of this young man – and envious. He has experienced so much in his travels thus far and the lessons he has learned will serve him well throughout life. He has his priorities in order. I knew that when I learned he made the 36 hour drive home from Montana to get here in time for turkey season this year. By the way, he got two turkeys while he was home. I look forward to seeing what lies around the next bend in the river for Jamie and I look forward to seeing you out there in our great outdoors!