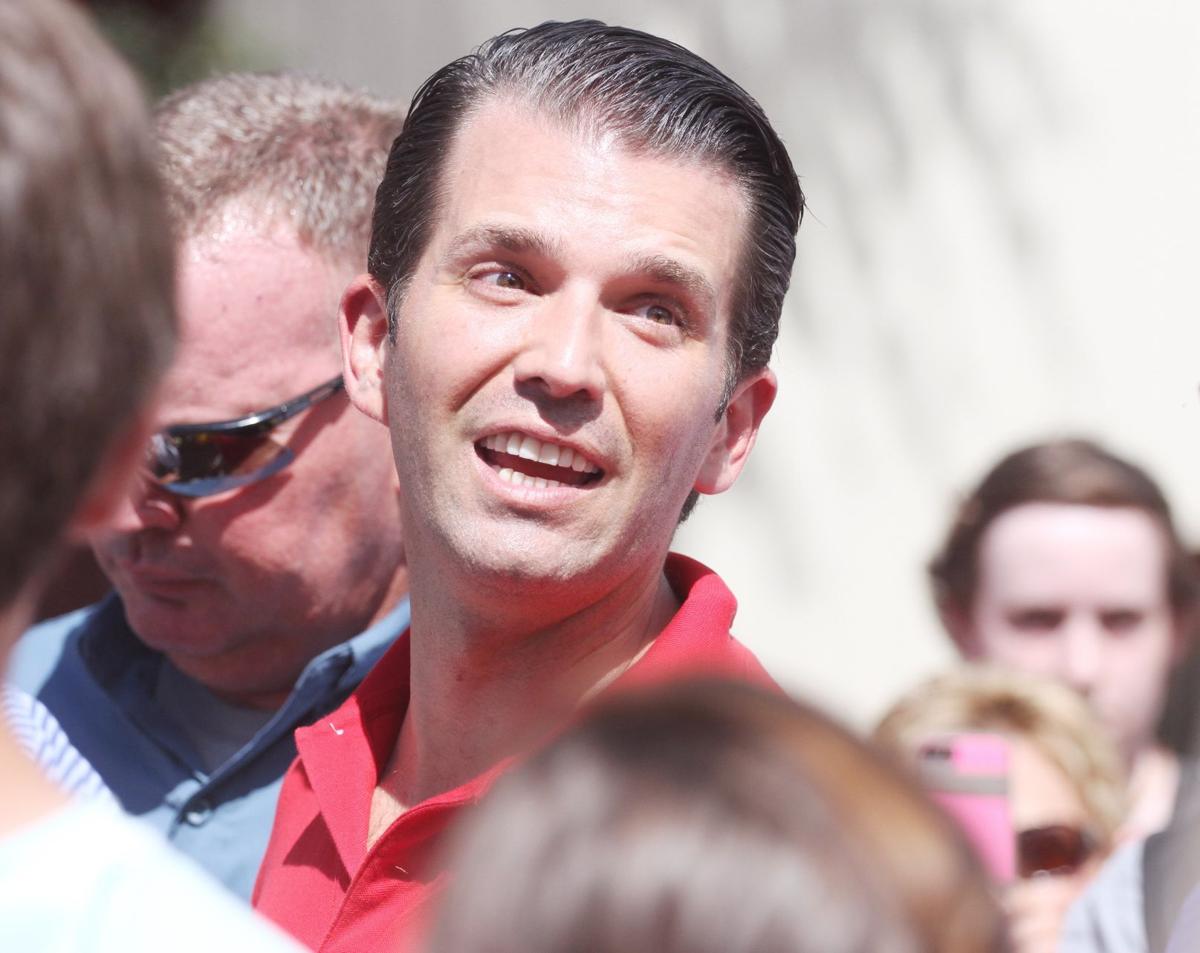 Donald Trump Jr. speaks to the crowd at the Neshoba County Fair Tuesday. 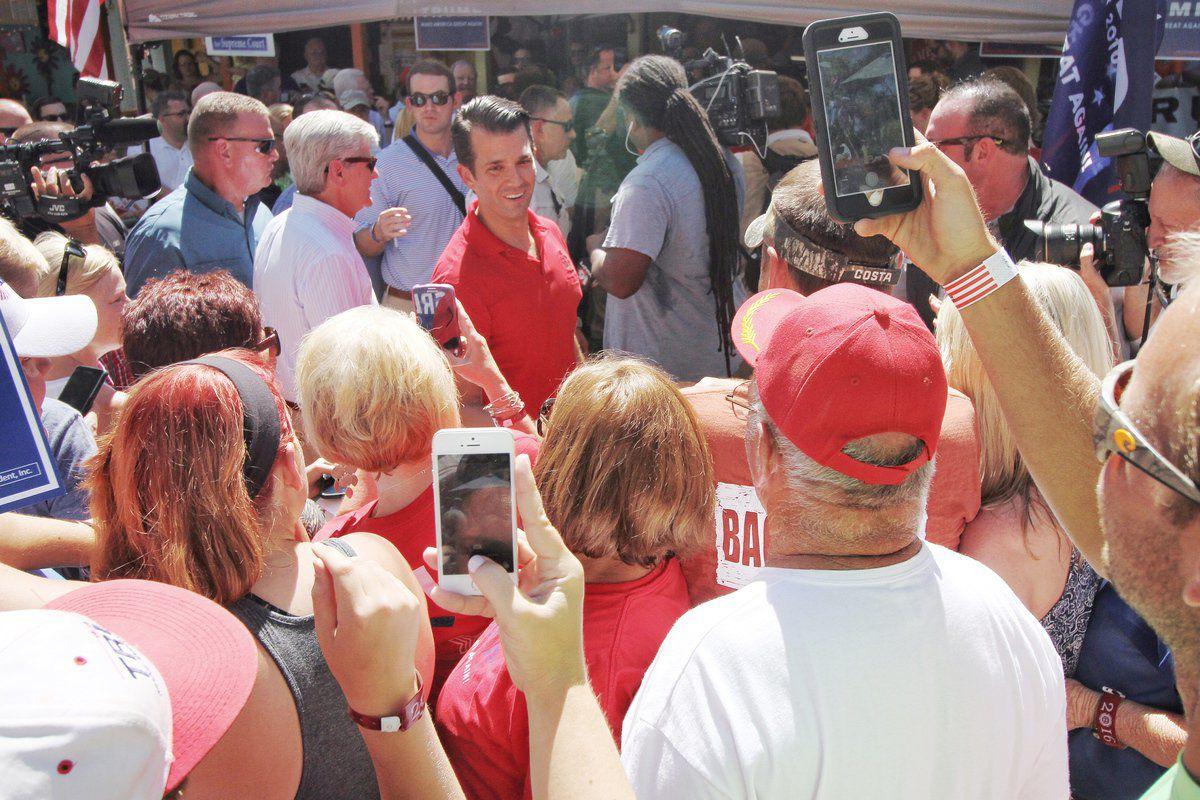 Donald Trump Jr. makes his way through the crowd at the Neshoba County Fair as he greets fair-goers prior to speaking to the public on behalf of his father Tuesday. 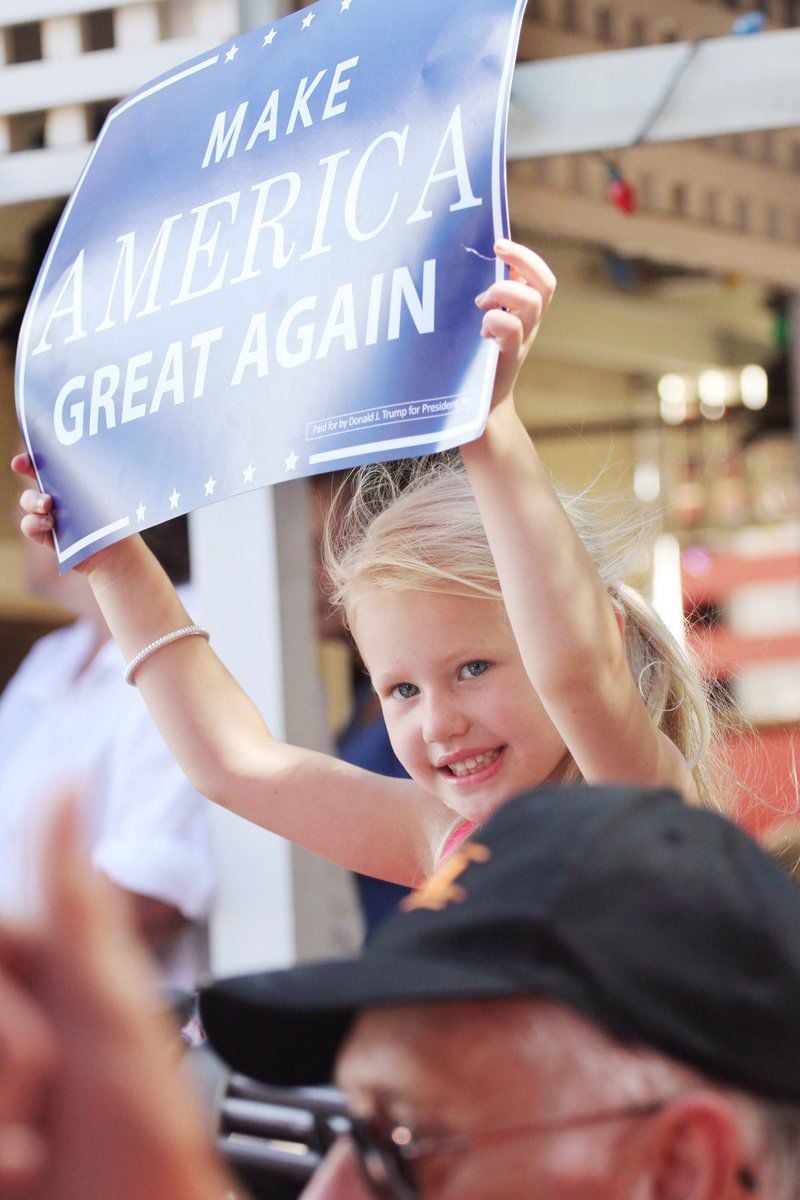 Donald Trump Jr. speaks to the crowd at the Neshoba County Fair Tuesday.

Donald Trump Jr. makes his way through the crowd at the Neshoba County Fair as he greets fair-goers prior to speaking to the public on behalf of his father Tuesday.

Nearly one week after speaking at the Republican National Convention, Donald Trump Jr. hit the campaign trail to make an appearance in East Mississippi Tuesday afternoon.

Trump Jr., who spent a significant amount of the afternoon strolling around the fairgrounds and stopping to visit with cabin owners and Gov. Phil Bryant and Congressman Gregg Harper, said the atmosphere of the fair was striking.

"It's cool to be a part of this tradition," Trump Jr. said. "I had no idea -- at almost 125 years old, it's incredible. It's a lot of fun. The support is just overwhelming. I'm actually just amazed -- this is awesome. It's very cool to be here."

For Meridian resident Nancy Ellis, who said Trump Sr. wasn't her initial candidate of choice early in the debate process, but managed to win her over throughout the Republican primary, that Trump Jr. stumped for his father was impressive.

"It means a lot to me -- they're family and they're working together," Ellis said. "It's real important. We have family businesses, and I know that when my husband can't be there, we have sons who fill in for us. It means a whole lot."

Husband-and-wife duo Ronnie and Dee Moses are volunteers for Trump's campaign in Brandon. Prior to Tuesday, the two had never attended the Neshoba County Fair. But upon learning that Trump Jr. would make an appearance, they didn't hesitate to purchase their fair tickets.

"This is my first time visiting -- the only reason I'm here is because Donald Trump Jr. is here," Ronnie Moses said. "The country is headed downwards, from my perspective. (Trump Sr.) is anti-establishment, and he's an outsider. All of the insiders have the old-buddy deals lined up and it always falls back on the American people."

After helping Trump Sr. win the Mississippi primary in March, delegate and Philadelphia resident Carol Burnham jumped at the opportunity to meet and have her picture taken with Trump Jr.