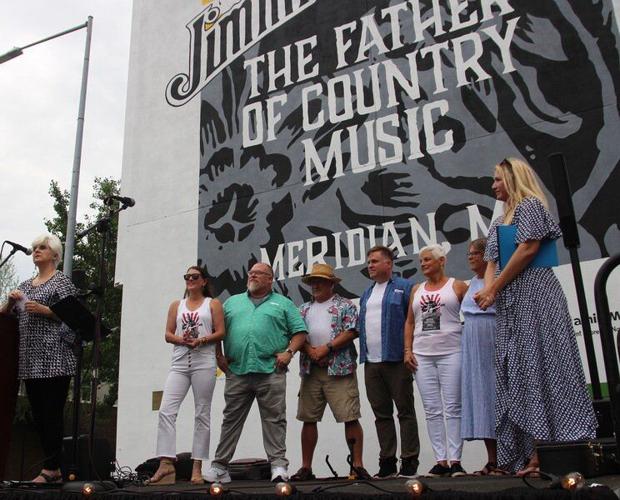 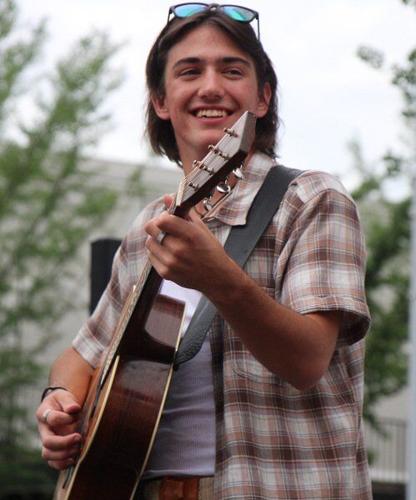 Lach Thornton plays a tune during the celebration.

Members of the Meridian Museum Art Collective gathered Thursday to officially unveil their latest mural, which honors Jimmie Rodgers, a Meridian native known as the “Father of Country Music”.

The mural, which is on the back of the Vise building, is the latest in a series of paintings created by the collective.

Just a few weeks ago, the back side of the Vise building in downtown Meridian was a blank canvas.

A mural recognizing singer David Ruffin near Dumont Plaza was the first, while another at Naval Air Station Meridian honors Ensign Jesse L. Brown, the U.S. Navy’s first Black naval aviator. Yet another painting features The Beatles’ Abbey Road album cover on the side of Freddie’s Fine Spirits on Highway 39.