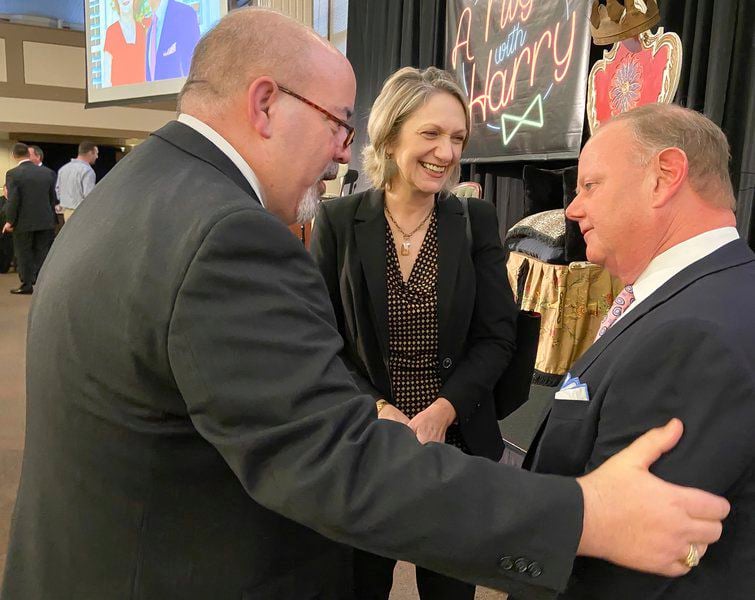 Sid Salter and his wife Leilani chat with Harry Mayer during "A Night With Harry" at the MSU Riley Center in Meridian Tuesday night. The roast served as a benefit for the East Mississippi Business Development Foundation and the Mississippi Children's Museum - Meridian. 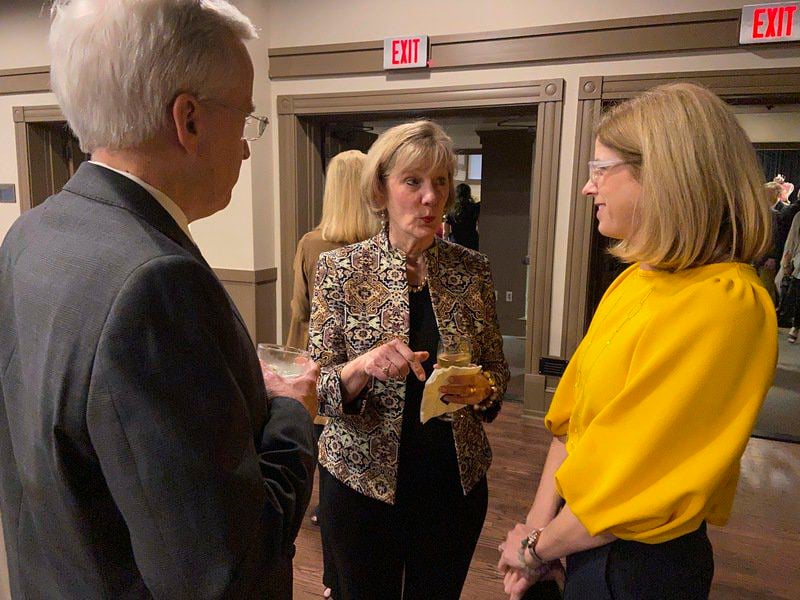 Moments before Meridian businessman Harry Mayer was to be seated at a throne as the guest of honor in the MSU Riley Center Tuesday night, he was escorted from the room in dramatic fashion.

Then, came the boom of percussion as the Meridian Wildcat Band made its way through the ballroom.

Mayer emerged, trailing the band, dressed as the drum major.

The grand entrance marked the start of “A Night with Harry,” a roast honoring Mayer, the owner of Harry Mayer Clothiers off Highway 39.

The fundraiser – a joint effort by the Meridian Rotary Club and the East Mississippi Business Development Foundation – benefits the EMBDF and the Mississippi Children's Museum - Meridian.

Sims estimated organizers sold close to 300 tickets to the dinner, which he hoped would become an annual event.

“I hope it will bring our community together and we can have fun together and talk about a lot of the positives that we’ve got going on,” Mayer said before the roast.

Friends David White, M.L. Waters and Johnny Maloney were Mayer's “roasters,” sharing old photos and stories of him getting his car stuck in the mud during a routine trip to the bank and mixing up the Pledge of Allegiance and the “Our Father.”

There were heartfelt words, too.

“He never saw in life an opportunity not to be nice,” said Sid Salter, the master of ceremonies.

“We’re just honored to be chosen to be part of this inaugural event and this celebration of civic involvement in our community,” said Elizabeth Wilson, the museum’s executive director.

Municipal Court Judge Robbie Jones, who grew up with Mayer, had a front-row seat for the jokes.

“Harry is the perfect example of what makes Meridian great,” Jones said. “He’s a great friend, a great businessman, and he cares about his fellow Meridianites and it’s an honor to be here with him tonight.”