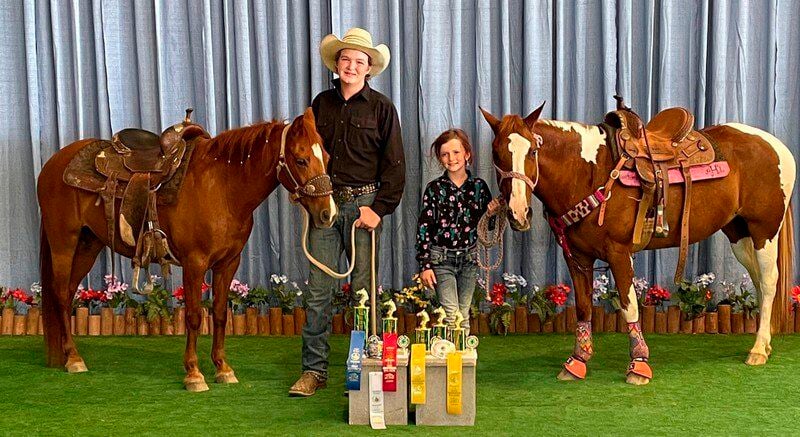 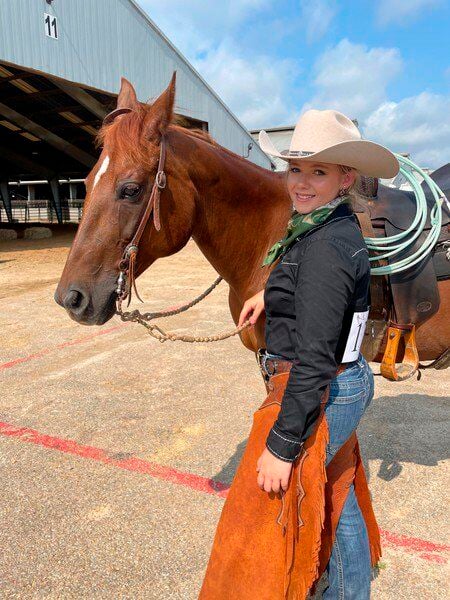 The Howard family of Union have been a dominate force in the speed pony category for the state of Mississippi 4-H.

Their journey begin in Gulfport with the Southeast District 4-H Horse show held June 10-11, where Ansley Howard earned the title of champion speed pony, beating out the older kids for the buckle. Ansley, who is 8, and her paint pony “Precious” were faster than a lot of the big horses, beating more than 100 other riders in three separate events. Her big brother, Gabe, was right behind her in second all the way.

Gabe Howard brought home the Champion Speed Pony buckle on his pony “Sugar”. “This was the last year that Gabe will be able to compete on Sugar, so it makes it really "special,” said his mother Berea Adams Howard. A 4-H exhibitor can only run ponies in speed event up to their 14th year.

Other winners from Lauderdale County 4-H were Roper Stoots of Noxapater, who won the team roping event at the district and ranch roping at state. Roper and his sister Braleigh, who was in the top 5 in senior barrel racing, both earned a spot on the regional team headed to Georgia along with the Howards.

Nina Hay, who graduated from West Lauderdale this year and is headed to Mississippi State, was a competitor in the ranch horse competitions and got a place on the team with her quarter horse mare Miss Gin 'N Pine.

The Regional 4-H Horse show, held in Perry, Georgia, is comprised of 12 states from the southeast region of the country. The Lauderdale County participants are headed there July 29-Aug. 1.

If you are interested in becoming involved with the 4-H Horse program, please contact the MSU Extension office at 601-482-9764.