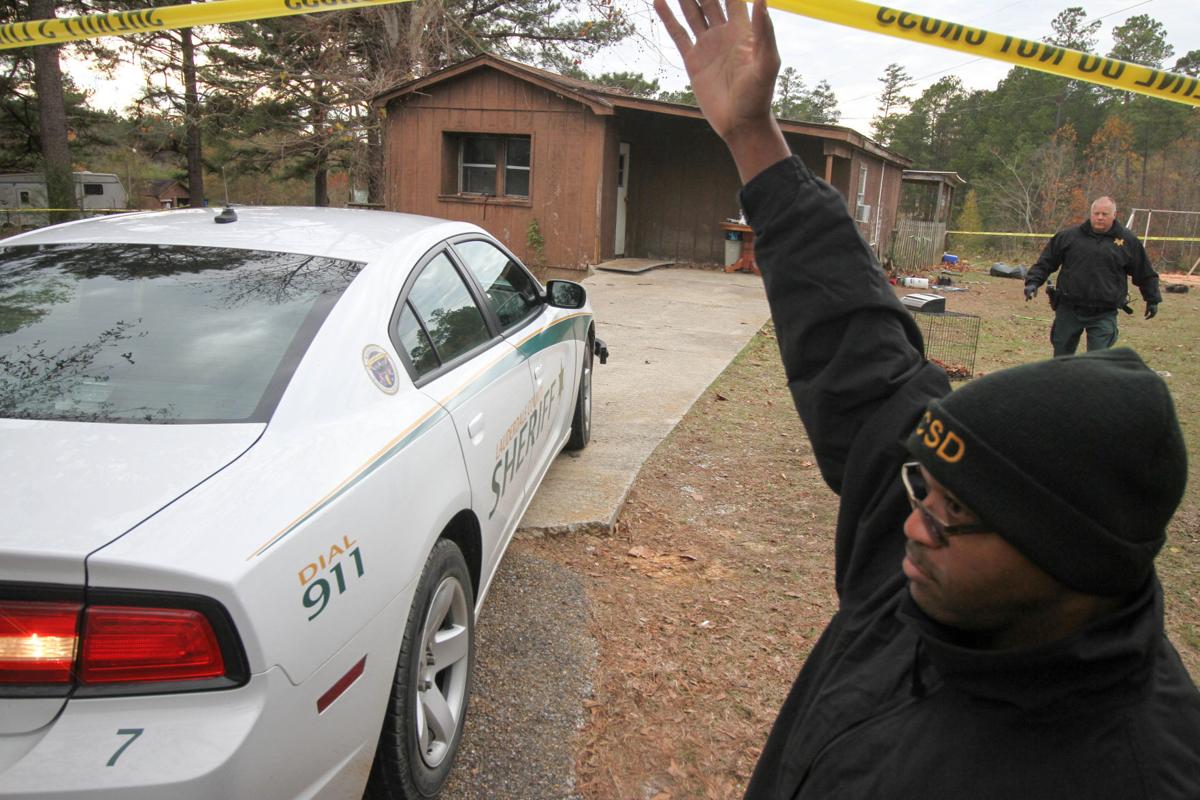 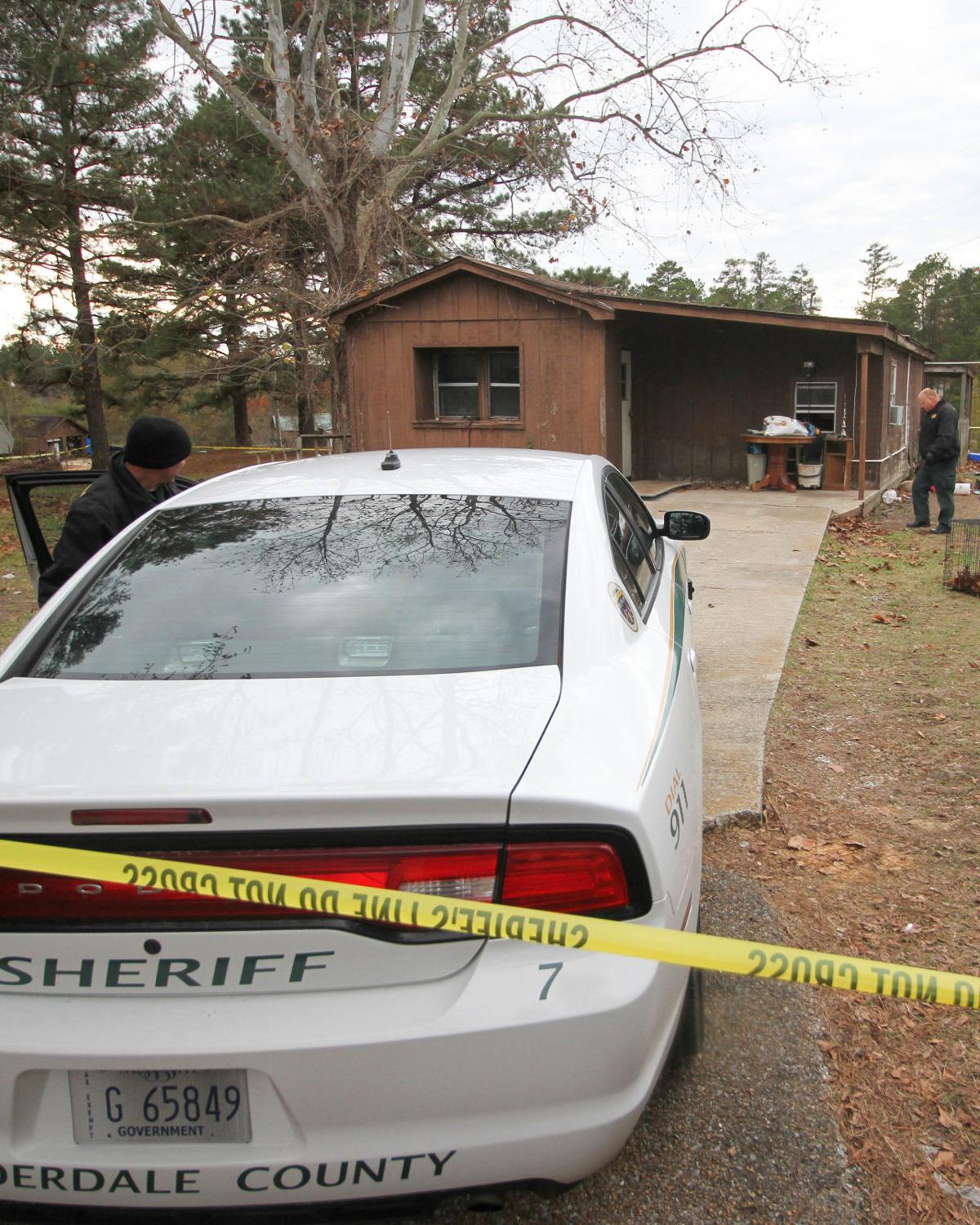 Neighbors near a double homicide scene that occurred at 8627 Highway 19 North Thursday afternoon near the Collinsville town limits said the people who lived there were quiet.

The Lauderdale County Sheriff's Department said two people were shot at the residence neighbors call "The Brown House." The call came in at 12:12 p.m. after a motorist driving by reported "something didn't look right," according to Lauderdale County Sheriff Billy Sollie, who was at the scene, which is yards away from the Okatibbbee Dam Road intersection.

Sollie said a person of interest was taken into custody.

"They may be more of a witness than a suspect," Sollie said. "Based on information, this individual has been interviewed to determine the value to our case."

Sollie said a vehicle potentially related to the homicides was discovered in Meridian.

The house's landlord, John Kingery, who was on the scene during the investigation, said tenants of the house were Dale Brico Rigsby and his girlfriend, who was not identified and apparently not at the residence. The small wood frame home was between two other houses Kingery uses for storage. A double-wide trailer sits a short distance behind the house.

Kingery, who owns approximately 10 acres around the property, said he was there Wednesday to collect rent. Kingery did not know the identities of those killed. He lives down the road on Highway 19 North.

"He (his tenant) didn't seem stressed out or under the influence of anything," Kingery said. "He was telling me about the new puppies he had bought. The couple weren't married but they were upset about losing their child about a month and a half ago.

"Another tenant called me about 12 to tell me the sheriff's department was here," Kingery said. "He supposedly heard shots at about 10:15 to 10:30 a.m. It's scary. One left here in the ambulance and the other left here in a body bag."

Jonathan Clarke lives in the double-wide with his girlfriend, Courtney Denmon. Denmon said Clarke was outside weedeating when he heard gunshots.

"He came inside at 10 and asked if I had heard the gunshots. About 12:15, his friend called and asked why all the cops were at the Brown House," Denmon said. "We walked outside and then saw them. He said the gunshots were pretty close and then saw a white Kia with brown trim at the bottom pull off about 10-15 minutes later."

Denmon said they were good neighbors.

At least seven sheriff's department cars were on the scene, along with East Mississippi Drug Task Force agents.

The homicides are the fourth and fifth fatal shootings in Lauderdale County since Sunday and the sixth since Nov. 27.

Police found the body of Jamarkee Jones in the abandoned apartments on the 1500th block of 28th Avenue on Nov. 27. Jones suffered a gunshot wound to the head.

Ian David Simon suffered a gunshot wound to the head Sunday morning. Police discovered his body on Russell Drive, near the Highway 39 overpass.

Phillip Edward Garrison Jr. died from a gunshot wound in Bailey. No charges have been filed and the next available grand jury will determine whether or not the shooting was self-defense.

An unidentified man died Monday from a gunshot wound in his back on the intersection 13th Avenue and 20th Street. A suspect in the shooting, Jemarcus Shaquille Grace, waived his right to a hearing Thursday and the case will be presented to a grand jury.

The Lauderdale County Sheriff's Department is investigating a double homicide on Highway 19 near Collinsville.

Law enforcement officers have arrested three individuals in connection to a double homicide Thursday in Collinsville.

Police have arrested a fourth person in connection to the double homicide in Collinsville Thursday.

Graveside services for Infant Jamari Kelly will be held on Monday, May 17, 2021, at 11 a.m., at Sunset Cemetery, Meridian. Arrangements entrusted to Berry & Gardner Funeral Home. Visitation: None.

Arrangements were incomplete at Berry & Gardner Funeral Home for Mrs. Helen Williams, 82, of Meridian, who died Thursday, May 13, 2021, at her residence.