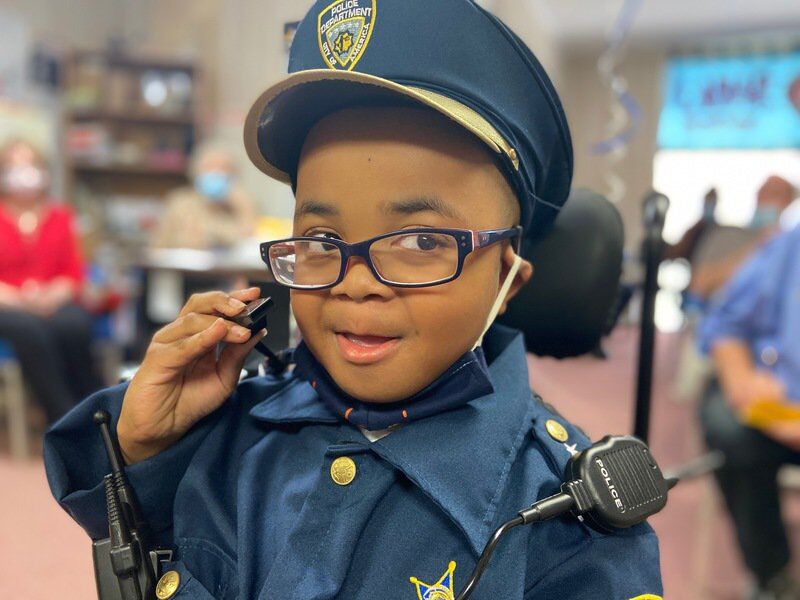 10-year-old Ladarius Spivey was named an honorary patrol officer by the Marion Police Department on Wednesday. 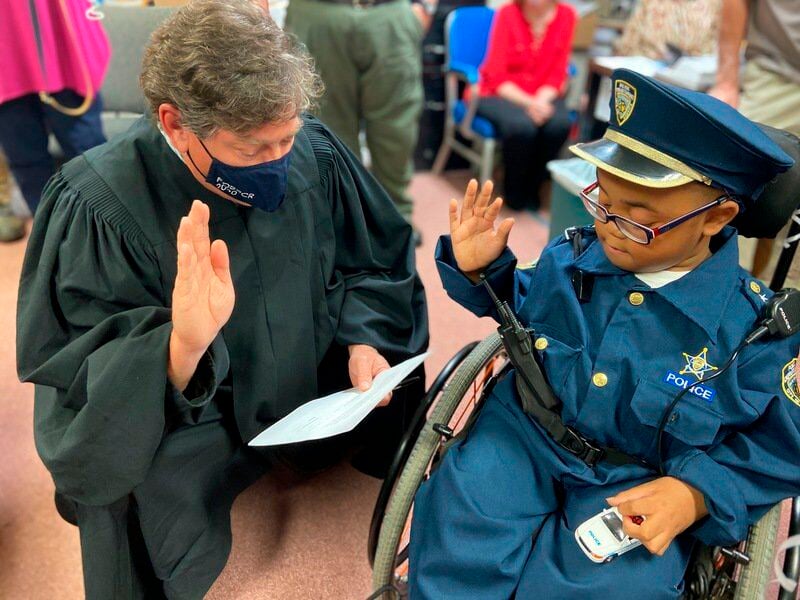 Judge Doug Engell delivers the oath of office to Ladarius Spivey on Wednesday.

MARION — Ladarius Spivey has one thing on his mind.

“I want to arrest people," the 10-year-old said after being sworn in as an honorary police officer at Marion Town Hall on Wednesday.

Wearing his police uniform and hat, the young boy became a patrol officer with the Marion Police Department.

During a short ceremony, he received gifts from that department, a badge from the Meridian Police Department, a coffee mug from the Lauderdale County Sheriff’s Department and badges from Naval Air Station-Meridian. He also blew out the candles on his birthday cake.

His grandmother, Patrica Ickom, said Ladarius had been waiting for the day.

“He loves it and constantly wants to meet a police officer," Ickom said. "He's been wanting to meet one ever since the pandemic came and I told him once it slows down we will do something."

Ladarius was born with osteogenesis imperfecta, a bone disease, and uses a wheelchair to get around. His grandmother said that even though he can't walk, nothing gets his spirits down.

“He has never complained,” she said. “He also got a good spirit and good willpower.”

Marion Police Chief Randall Davis held back tears as he recalled meeting Ladarius a few years ago when he was working security at a football game. Davis admitted he felt sorry for the boy until he saw his resilience.

Last week, he got a note about the Ladarius's birthday, which said the boy wanted to be a police officer.

Davis said it was his first time making someone an honorary officer.

“As I look today, I'm inspired by this young man,” Davis said. “I need a man like him on my team to motivate everyone else."

"You are with me for life,” the chief told the boy. “Every time I step in that car, you will be on my mind.”

MERIDIAN [ndash] Ms. Rose Mary Lovell, 80 of Kent, Ohio, passed away Oct. 19, 2020, at Poplar Springs Nursing Home. Rose was a long-time resident of Meridian and had resided at Aldersgate for the past seven years, until entering Poplar Springs in Sept. 2020. She is survived by her three daug…