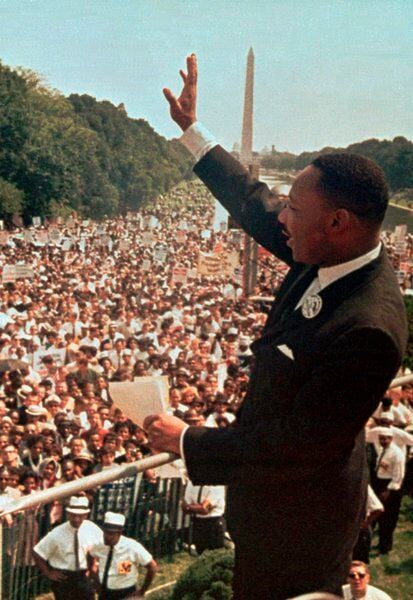 Dr. Martin Luther King Jr. acknowledges the crowd at the Lincoln Memorial for his "I Have a Dream" speech during the March on Washington, D.C. Aug. 28, 1963. 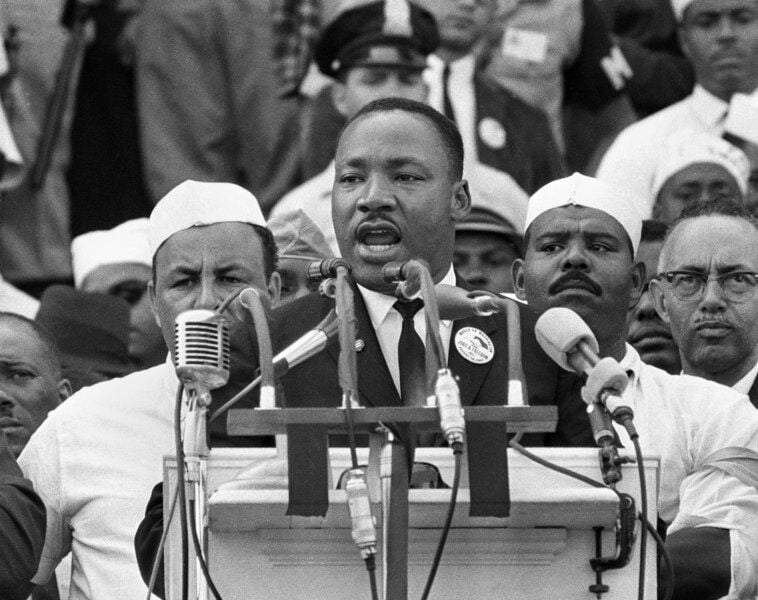 In this Aug. 28, 1963, file photo, Dr. Martin Luther King Jr., head of the Southern Christian Leadership Conference, addresses marchers during his "I Have a Dream" speech at the Lincoln Memorial in Washington. 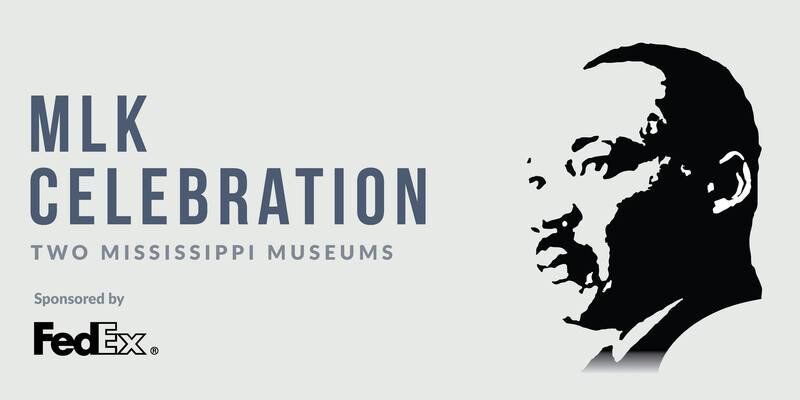 Dr. Martin Luther King Jr. acknowledges the crowd at the Lincoln Memorial for his "I Have a Dream" speech during the March on Washington, D.C. Aug. 28, 1963.

In this Aug. 28, 1963, file photo, Dr. Martin Luther King Jr., head of the Southern Christian Leadership Conference, addresses marchers during his "I Have a Dream" speech at the Lincoln Memorial in Washington.

FedEx Corporation is supporting free admission to the museums on Monday, Jan. 18. The facilities will also open free of charge Sunday, Jan.17.

“We are grateful to FedEx Corporation for their continued support of our annual Martin Luther King Jr. celebration,” said Katie Blount, director of the Mississippi Department of Archives and History. "Their generosity allows us to invite the public to safely celebrate Dr. King's life at the museums and through virtual programming."

The museums will open from 9 a.m.-4 p.m. on Martin Luther King Jr. Day. Safety precautions at museums include requiring all visitors to wear masks and observe social distancing guidelines.

This year’s theme honors the men of the 1968 Memphis Sanitation Strike who marched down Beale Street with protest signs that read “I Am a Man” demanding change against unfair labor practices and to be treated with dignity. King joined activists Rev. James Lawson, T.O. Jones, and others in support of the sanitation strike.

Theron Wilkerson is a poet, producer, and a historian who currently teaches African-American studies and AP US history at Murrah High School in Jackson. He is the founder of Wilkabergg Productions, a multimedia business with an emphasis on Mississippi art, history, politics, and black culture in the South. Wilkerson has published poetry, book reviews, and articles in several literary journals. He received his bachelor of arts in history from Jackson State University and an master of arts in African American studies from Georgia State University.

A graduate of the University of Southern Mississippi, John Kidd (Kidd John) hails from Decatur and is a spoken word artist, hip hop lyricist, and freelance writer. Kidd began writing poetry and lyrics at a young age. He published his first poetry book, “Black, Bold, Beautiful, but Still Not Free in 2016” and is the founder of iKidduNot Entertainment.

C. Liegh McInnis is an established poet, short story writer, editor, and serves as an instructor of English at Jackson State University. He is the author of several collections of poetry, literary criticism, and short fiction. McInnis has received recognitions for his literary work including first runner-up for the Amiri Baraka/Sonia Sanchez Poetry Award and also received an invitation by the NAACP to the Inaugural Poetry Reading celebrating President Barack Obama’s 2009 election in Washington, D.C. He has presented papers at numerous national conferences and has been published in other literary journals and anthologies. McInnis is the former publisher and editor of the Black Magnolias Literary Journal and currently manages the Psychedelic Literature Literary Journal in Clinton.

Known as “The Ugly Poet,” Satchel Page is a writer, rapper, author, and spoken word performer with Jamaican and African roots. He has been writing and reciting poetry for over twenty years. Page published a volume of poetry titled Beautiful Thoughts From The Ugly Poet in 2006, and published poems and essays in the Psychedelic Literature Literary Journal. Page has three rap albums under the stage name James Crow.

Miles has served as education director at New Stage Theatre since 2011 and has worked as a professional actress, writer, and director for nearly twenty years.

A new special exhibition, I AM A MAN: Civil Rights Photographs in the American South, 1960–1970, will open at the museums Saturday, Jan. 30. The exhibition will feature a wide range of photographs capturing key events of the Civil Rights Movement across the South, including James Meredith’s integration of the University of Mississippi, the sanitation workers’ strike in Memphis, Martin Luther King’s funeral, and the Poor People’s Campaign.