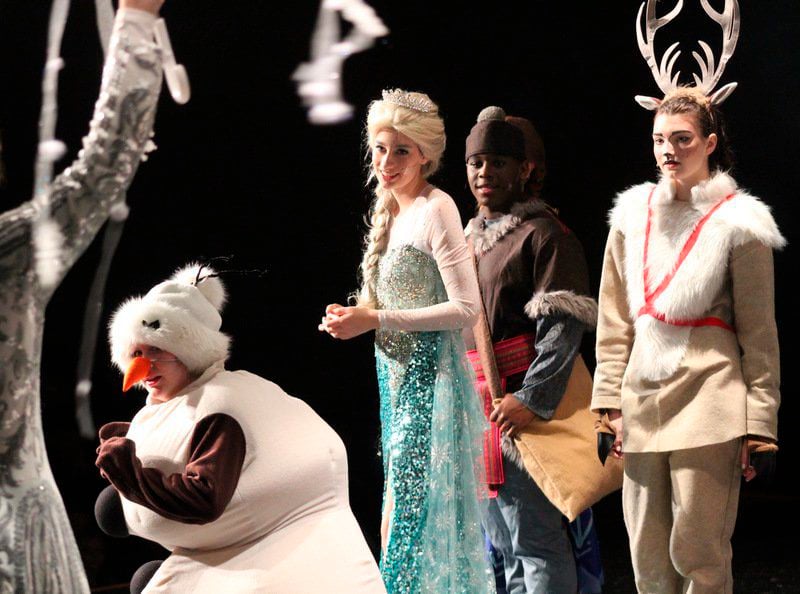 Jillian Goodman as Olaf, Mary Margaret Freeman as Elsa, Patrick Martin as Kristoff and Natalie Wilson as Sven perform a scene from “Frozen Jr.” at the McCain Theater at Meridian Community College Wednesday. 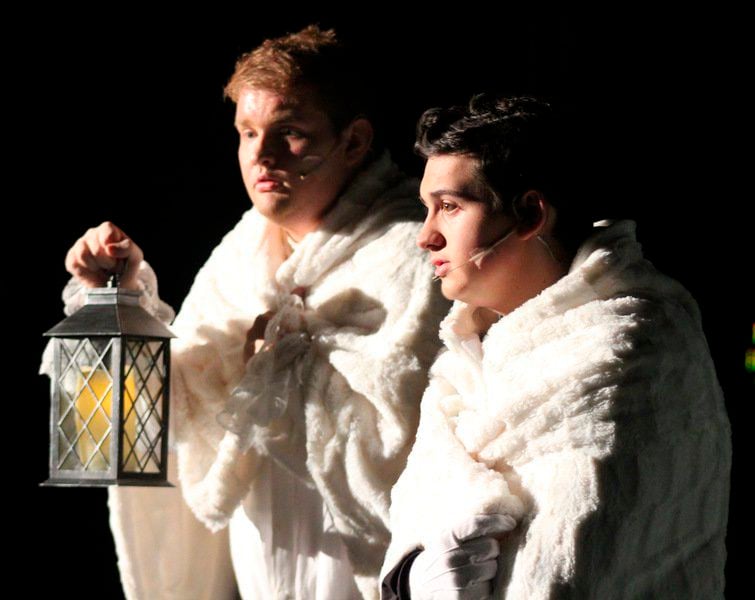 “I think I saw 'Frozen' six times when it came to theaters,” said the Clarkdale High  senior. “So whenever they said they were going to do 'Frozen', I said 'I want to do that.'”

Freeman is part of a large cast of Lauderdale County students performing this week in "Frozen Jr." through a collaboration with Meridian Community College.

Based on the 2018 Broadway musical, “Frozen Jr.” includes songs from the popular Disney movie plus several new tunes and scenes. Produced by the college’s Arts & Letters Series, the musical features student actors in seventh through 12th grades. The public is invited to shows at 7 p.m. Saturday, Feb. 15, and 2 p.m. Sunday, Feb. 16.

“Frozen Jr.” is the 12th performance produced by MCC in partnership with Lauderdale County Schools.

The actors have been holding performances for younger students this week to prepare for the weekend shows.

Freeman, who has been involved in theatre since the second grade, decided to try out for the musical after helping out with the production of "Annie Jr."

She said the musical's themes of family love and overcoming adversity are important ideas to share.

“I feel like people need to understand that lesson and I feel like Frozen is a sweet and colorful way in telling that lesson,” she said. “I think it is important for young children to get and to see that love, especially on a stage.”

“It’s a really good lesson on how to be strong in the face of adversity and how to trust people in your family, but also trusting in your friends and how they will be there for you,” she said.

Patrick Martin, a junior at Southeast Lauderdale who plays the role of Kristoff, said he got a kick out of performing for the young audience this week.

“It's real cool because all the little kids love "Let it Go," and we get to perform it for them," he said.

Susie Johnson, the director of MCC’s Arts & Letters Series, said the play is an adaption of a Broadway production with the addition of several songs and character changes. The show is also shorter so it would be easier to adapt.

Johnson said she hopes kids young and old will learn something from the play.

“All the children in the audience have been singing along because they are very familiar with the show,” she said. “It's fun to have the engagement of the audience."