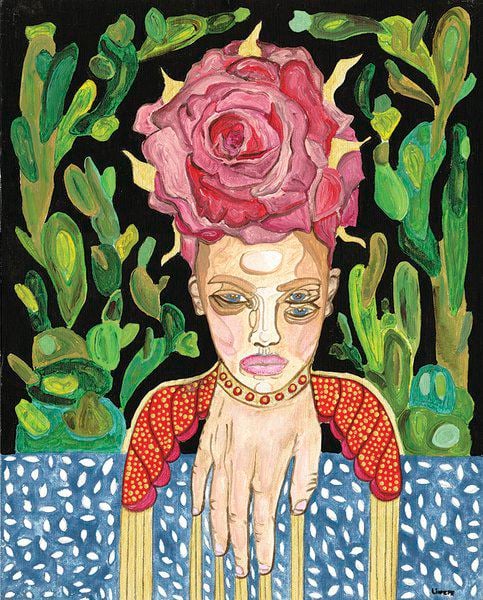 The Aunts ONE, Lindsay Carraway 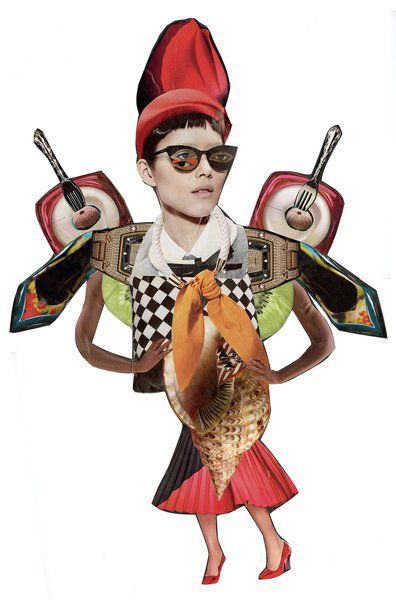 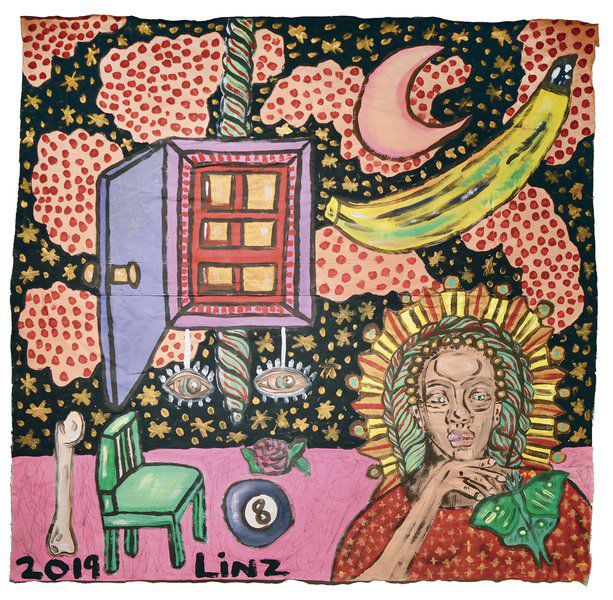 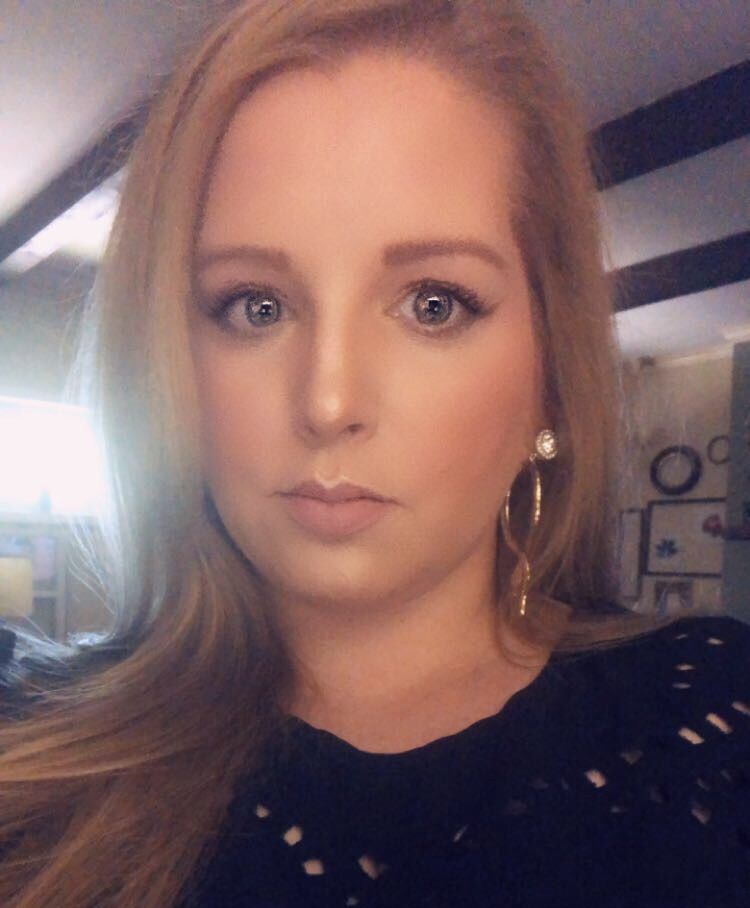 “One day, before I was on medication, there was a lady in my house cooking pizzas and there were 12 baked pizzas on the floor. I was cooking these pizzas but, in my mind, there was a woman cooking them.”

The aforementioned words by Vicksburg artist Lindsay Carraway depict the hallucinations which have become part of her life as she lives with the mental health disorder schizophrenia.

Schizophrenia is described by medical experts as an altered state of reality, characterized by hallucinations, delusions, lights and sounds. What makes Carraway’s experience unique is she uses her illness to create works of art.

A self-taught painter with experience studying at the Pratt Institute in New York and the Savannah College of Art and Design in Georgia, Caraway’s work will be featured in a new exhibit opening Saturday, Jan. 25 at The Mississippi Arts + Entertainment Experience: “Heal the Knife that Cuts the Wound.”

“Art provides a creative outlet for so many people for various reasons. What do Beethoven, Van Gogh and Carraway all have in common? Bipolar disorder,” said Stacey Wilson, curator of exhibitions at The MAX. “This exhibit is important because it explores how those with mental illness can use art as a tool for self-help.”

“It’s all about healing yourself because you can be your own destruction,” the artist said.

Seeing or hearing something not actually there can be unpleasant for anyone, but Carraway uses what she sees as inspiration for her artwork.

“It is really terrifying when I’m not on my medicine; it's scary, confusing,” she said. “And when I am on medicine, it’s still there but it's not as terrifying. It’s there but I can distinguish between what's real and what's not real. Sometimes it’s creepy, sometimes there’s colors, sometimes it’s cool and sometimes it gives me ideas for creating.”

In addition to schizophrenia, Caraway also suffers from bi-polar disorder, thus compounding her hallucinations with heavy mood changes. The two mental illnesses combine into a more specific diagnosis called schizoaffective disorder, according to Kelly Smith, a licensed clinical social worker who is assistant director of clinical services for Alliance Health Center. In her six years in the mental health community and counseling those with psychotic disorders, Smith has witnessed firsthand the power of the arts as a therapeutic tool.

“It’s cathartic to get emotional distress out somehow,” Smith said. “So if a patient or person is focused on creating something — whether it be painting, writing, drawing, singing or dance —they have not only a distraction from the things that are interrupting their ability to function, but it gives them something empowering and strengthening that gives them hope, gives them something to look forward to and put their energy into.”

Smith strongly advocates for the arts as well as journaling, a practice Carraway incorporates to create new pieces.

She describes one particular work, “The Sisters,” as particularly provocative. So much so, the work will be behind a curtain during the exhibit.

“It features my mother and all my aunts nude,” Caraway said. “And my aunts that passed away from cancer have bones. I love it; it’s my favorite piece.

Smith said it isn’t uncommon for works from psychotic patients to be somewhat intense but notes their work is important nonetheless.

“Any kind of psychosis left unattended without some form of expression can be very dangerous and detrimental,” Smith said. “I’ve had patients who draw their visions and dreams and their delusions and some of their drawings could be perceived as very disturbing, but they share that it’s very cathartic and very healing to put it all out there.”

Despite mental illness affecting millions each year, reportedly 1-in-5 according to the National Alliance on Mental Illness, there is still a stigma, Carraway said.

“There’s a stigma to it; there needs to be more awareness, too,” she said. “It’s scary, yes, I see and hear things. It’s crazy, and being bipolar I’m two different people at all times, and there's no getting around that. But I’m a normal girl, I’m kind and sweet and funny and have a sense of humor and I care about people and I have a condition.”

Smith attributes much of the stigma of mental illness to misinformation and misunderstanding.

“If you see somebody on the side of the road and they’re waving their hands around, talking to someone, barefoot, in 0-degree weather, it’s intimidating. We fear the unknown,” she said. “When a person who suffers from a serious diagnosis is not being compliant with their meds, sometimes they can act in detrimental scenarios, but more often than not my schizophrenic patients are not violent, and not volatile. That’s judging an entire population on the acts of a few. It depends on your character, your social situation, your family, and how you were raised in large part that determines how you cope with symptoms.”

Carraway is open about her illness.

“It is really terrifying when I’m not on my medicine; it's scary, confusing. And when I am on medicine, it’s still there but its not as terrifying. It’s there but I can distinguish between what's real and what's not real. Sometimes it’s creepy, sometimes there’s colors, sometimes it’s cool and sometimes it gives me ideas for creating.” Lindsay Carraway, artist and schizophrenia patient.