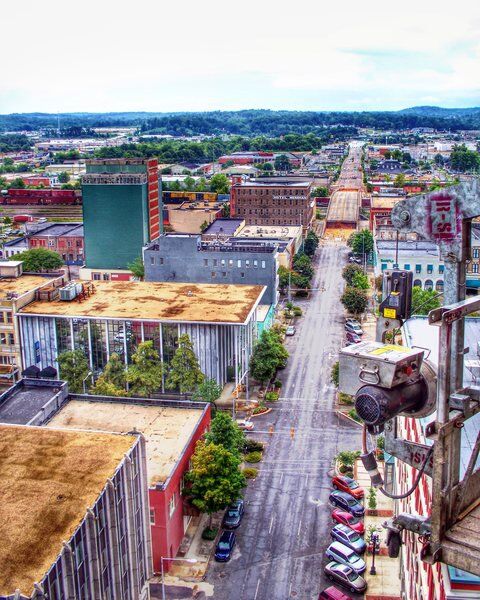 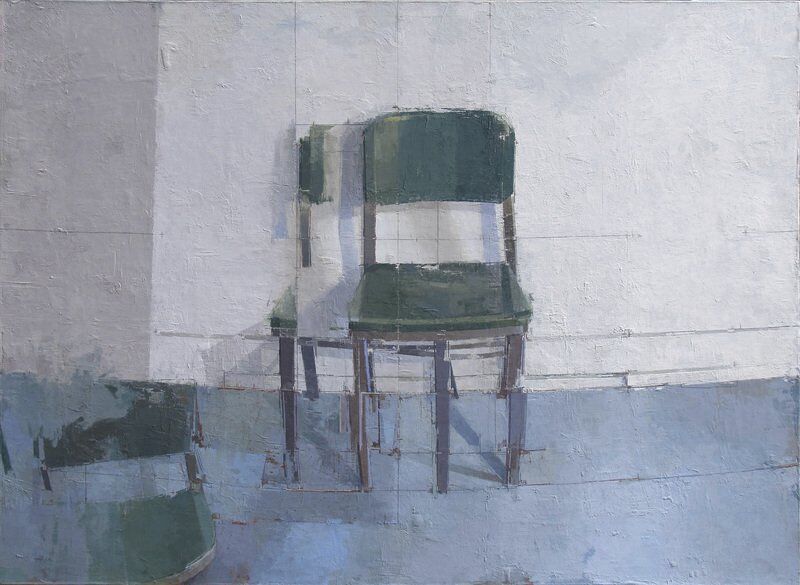 Two exhibits showcasing different types of works, but reflecting the artists’ statements and visions are coming to an end at Meridian Museum of Art.

With his Bi-State win, Morzuch was offered an invitational exhibition at MMA. His current exhibition titled “Near and Far” includes works from three different series.

“My primary, ongoing focus is with the still life, depicting objects at or near life-size and within reach of the viewer,” the artist states. “I am interested in the visual and communicative potential of objects that are cast off, discarded, and overlooked. Inherent to still life is an engagement with the mundane and domestic, as well as the notion of an arrested visual experience.”

The small landscape and interior and exterior paintings on paper were completed in June 2018, while Morzuch was a resident at the Vermont Studio Center. The works were executed on site and painted from direct observation. Morzuch stated he was drawn to areas within the landscape that occupied the margins of his attention. As with the still life, he said he was interested in representing moments that were unremarkable and easily unnoticed. During that time, he found he was preoccupied with issues of space, light, and distance.

The third group features a series of self-portrait drawings from 2016. Morzuch draws every day, though typically in his sketchbook. The drawings included in this exhibition were selected from a larger group executed over the course of a month and were part of this daily drawing practice. Morzuch said he always loved the immediacy of drawing, the energy contained within a mark, and the complexity of drawing oneself. Self-portraiture is fundamentally an act of examination, an opportunity to contemplate one’s perception of his inner and outer self.

“Morzuch titled this exhibition ‘Near and Far’ because closeness, depth, and proximity are ideas with which he is always engaged, regardless of subject matter,” MMA Executive Director Kate Cherry said. “What links each piece in this exhibition is a perceived, visual specificity unique to his encounter with the actual motif, as well as an investment of care and focus directed toward the most ordinary and commonplace of subjects.”

Morzuch is an observational painter currently residing in Starkville. In addition to his studio work, he is an assistant professor at Mississippi State University, where he teaches courses in foundations, painting, and drawing. In 2006, he received his MFA from Southern Illinois University Carbondale. He has taught at the college level for the past 15 years and actively exhibits his work nationwide and abroad.

“Remembering Meridian,” a story of Meridian’s current and past sites, is the second exhibition currently housed at Meridian Museum of Art and features photos by local photographer Shelly Graham.

The Meridian museum’s executive director explained how when she recently came upon the aforementioned statement, it reminded her of the inspiration for “Remembering Meridian” and the reason why.

“Having not held a reception since June 2020, MMA began its regular exhibition scheduling and holding receptions again,” Cherry said.

Images reflected in Graham’s exhibition are of Meridian. A lifelong resident of Meridian, she notes she has watched her city go through many changes and has researched and collected interesting historical artifacts and photos — including memorabilia from Meridian.

“Photos truly do tell a story,” Graham said. “One of the main reasons I feel it’s necessary to document life through photographs.”

Graham received her first Nikon 35mm camera at age 12 and fell in love with flowers and insects.

“And if by chance I was able to capture the two together, it felt super exciting,” she said. “But, of course, you were never sure what you captured because there was a wait time for the film to be developed. As the love shooting flowers and insects grew, so then came the absolute love for architecture.”

One Meridian structure dearest to Graham is the Threefoot Building, which is reflected in many photographs. She has had a history with the Threefoot since childhood, doing commercials for her step-grandfather. Some still remember the Kirk Jewelers’ slogan, “Charge it, Mr. Kirk.”

“As I grew older, I recognized the beauty of the (Threefoot’s) art deco styles, the lines, the colored tiles, the leaded windows, the marble, and the Otis elevator,” she said. “It mesmerized me with its simple beauty. In years to come, as it became abandoned, I fell in love all over again. I believe I have shot this downtown of ours from inside every single window, off every balcony, and the rooftops as well. Such an incredible experience I’ve had, photographing this special building.”

Meridian Museum of Art is located at 628 25th Ave., in downtown Meridian. For more information, contact Kate Cherry at 601-693-1501, meridianmuseum@bellsouth.net, or visit the museum’s website www.meridianmuseum.org.

• Sponsors for the Meridian Museum of Art are the city of Meridian, The Phil Hardin Foundation, the Mississippi Arts Commission, The Riley Foundation, Meridian Airport Authority, The Community Foundation of East Mississippi, The Paul and Sherry Broadhead Foundation, and Rea, Shaw, Giffin, and Stuart, CPA.