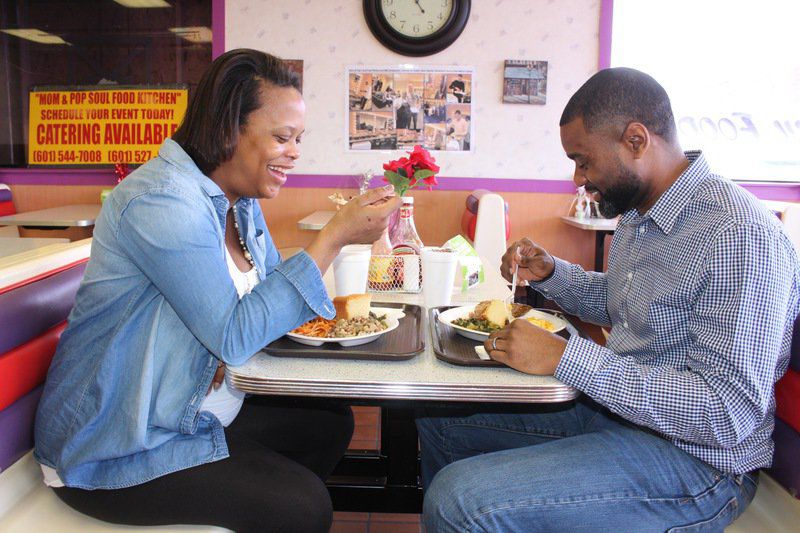 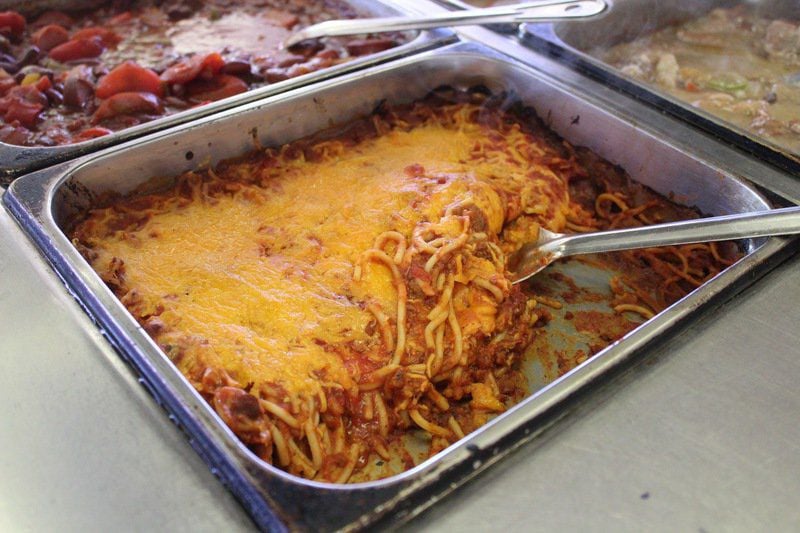 Spaghetti is one of the offerings at at Mom & Pop's Soul Food Kitchen & Barbecue in Meridian. 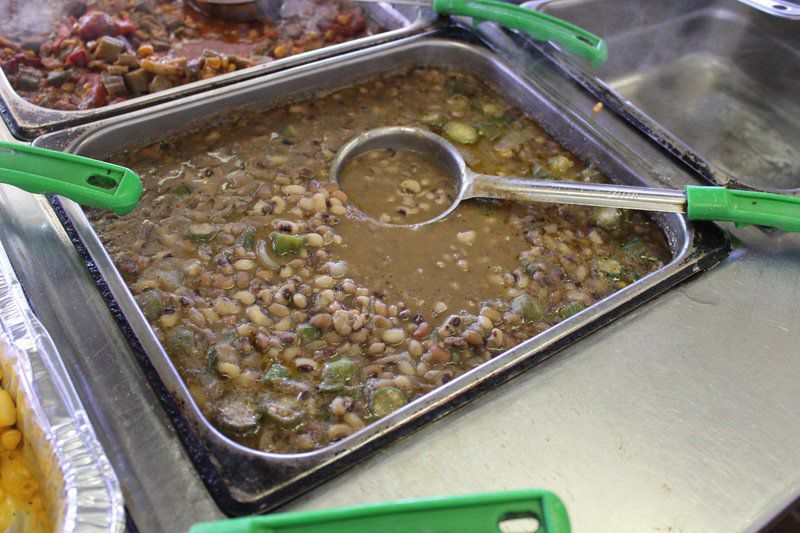 Blackeyed peas are one of the many items on the menu at Mom & Pop's Soul Food Kitchen & Barbecue in Meridian.

Finding good food cooked like Momma made, totally from scratch, can be rare these days, but Mom & Pop’s Soul Food Kitchen & Barbecue in Meridian has been pulling it off for more than two years.

Though the restaurant, located at 2128 North Frontage Road, is still young, the cooking behind it has been going on for more than 34 years with recipes passed down through many generations. Owners Bishop Dennis E. and Pearl Huggins met in Inglewood, California and married in 1979. She was a Meridianite who had a passion for cooking and wanted to come home. They moved back to Meridian in 1984.

“We’ve been cooking from the time we met in 1979,” said Bishop Huggins, who is the pastor of First Apostolic Church at 2010 Mosby Road. “The food ministry helped build a brand new church.”

By cooking and serving food in the ministry the funds helped pay for the building, he said.

The restaurant is a family affair, with all of the Huggins’ children involved in one aspect or another. Daughters Julia and JaWanda are hands on with the business, with JaWanda in charge of media and Judah assisting her mother with any aspect of the business, from running it to cooking.

They ran the café at Meridian Regional Airport for several years where their eldest son, Dennis Huggins III, was employed by Delta Airlines. He died in a house fire several years ago, his father said, adding, “He loved to cook, too.” Their other son, Daniel, is the director of a youth clinic in Mobile, Alabama and his father said he fully supports the family’s efforts and helps cook when he visits.

There are many chefs on both sides of the Huggins’ family with interesting backgrounds. Dennis Huggins’ father was a chef and chauffeur for Henry Ford, founder of Ford Motor Company and an American captain of industry. In addition, Pearl’s mother and grandmother passed down wonderful recipes and her sister was a former chef.

The Huggins family’s reputation for genuine soul food has even spilled over into the sports world, having catered the Golden State Warriors' National Basketball Association playoff games last year in Oakland, California.

“My wife has a connection to Coach Steve Kerr and after calling her and getting a copy of our menu, his representative called back and said, he wanted some soul food," Huggins said.

Not only did they want soul food, they wanted everything the Huggins had on the menu, which includes ribs, tilapia, catfish, oxtail, neck bones, spaghetti with meat sauce, and one of their best sellers – chitterlings.

“We fed them all,” Huggins said. “Even the guards found out and they came out to eat. Even members of the other team came and ate.”

Huggins said Kerr has told them that anytime they can be there to let him know.

In addition to meat items, all the made-from-scratch vegetables served are suitable for vegetarians as they are not cooked with meat but with fresh herbs and spices, Huggins said.

Cooking is an expression of love for the Huggins family and the ministry has reached more than 400 young people and helped maintain their salvation through the love of cooking, Huggins said. They also do various projects to support the community.

“We had an appreciation day for the police department around Thanksgiving this past year,” Huggins said.

The restaurant will hold its annual Soul Food Buffet from 10-until on Sunday, March 3, with an all-you-can-eat buffet for $10 that will include all soul food and barbecue offerings.

Despite having a heart attack a couple of weeks ago, Huggins is recovering and looks forward to seeing the restaurant thrive.

“We have a lot of people come in off the highway, looking for us and have found us through social media," Huggins said. “We had a group of guys come in the other night and they all wanted ribs.”

Huggins said he and his family are always looking for ways to “do whatever is needed for the market.”

“We are a minority run business and proud of our heritage,” Huggins said.