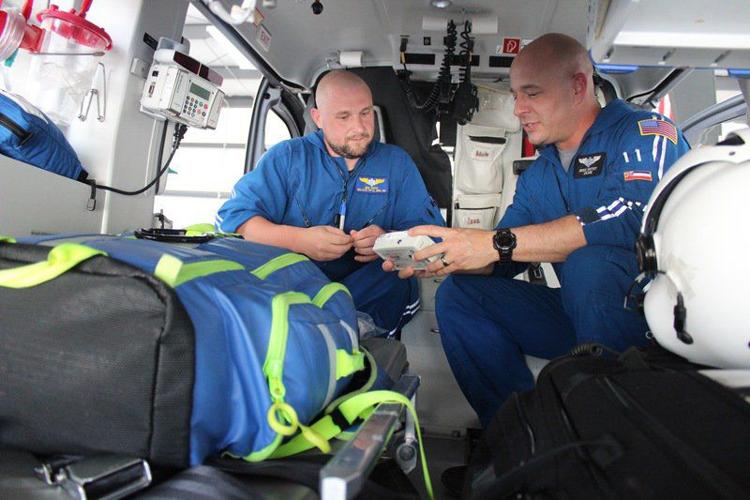 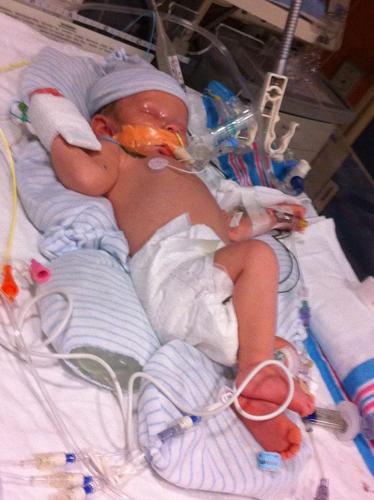 Bane Palmer in the ICU at Batson Children’s Hospital. 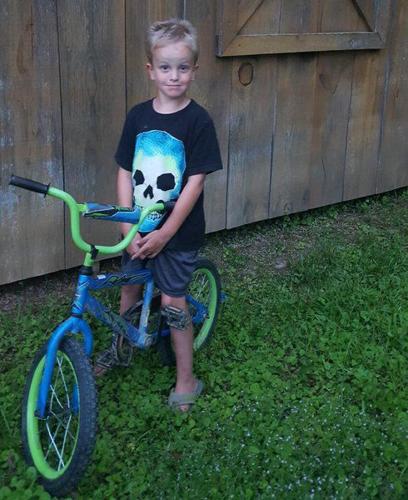 Bane Palmer of Newton today is a healthy 6-year-old who loves to ride his bike. 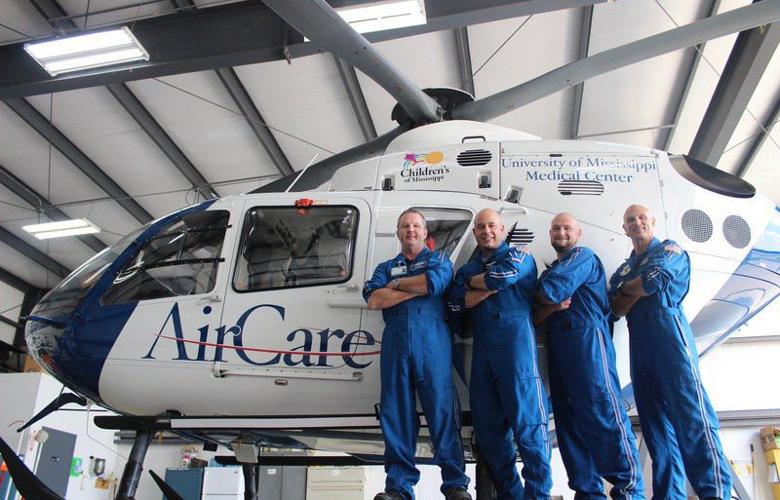 So when Bane Palmer developed a severe respiratory virus in January 2013, three weeks after his birth, his condition became dire. “He stopped breathing in the emergency room, and they had to intubate him,” Palmer remembered.

His caregivers at Anderson Regional Medical Center in Meridian wasted no time getting Bane medical resources needed for very small and very sick babies. They called AirCare, the University of Mississippi Medical Center’s medical air transport helicopter that three years earlier had established a base there.

“Bane was so tiny that no one had the right equipment for him. We had to go to (Batson) Children’s Hospital for that,” said Palmer, whose family lives in Newton.

“He was put in an incubator and airlifted. I got to fly with him,” Palmer said. “They put headphones on me, and they told me everything that they were doing with Bane. It was so reassuring to know that he had the best care possible on that flight.”

Bane, today a healthy 6-year-old who loves to play with cars and ride his bike, is just one success story made possible by the Meridian AirCare2 base, which this month celebrates its 10th anniversary in the east-central Mississippi region.

The first AirCare base was established on the Jackson campus in 1996. AirCare2 broadened the service and paved the way for the Columbus AirCare3 base at Airbus Helicopters behind the Golden Triangle Regional Airport, established in 2016; and AirCare4 at the Greenwood-Leflore Airport, which began operation in 2017.

Since AirCare2’s first flight on May 20, 2009, it has transported more than 6,000 patients and traveled almost 1.5 million miles. All flights include three crew members – pilot, nurse and paramedic – all with an average 10 years’ experience with the Medical Center.

“We’re not just helicopters moving sick patients,” said Sam Marshall, a critical care flight paramedic who serves as manager of emergency transport for the Columbus and Meridian bases. “We are heavily involved in the Meridian community and region.”

UMMC’s decision to establish the Meridian base was driven by the need for a higher level of trauma care than area hospitals could provide. UMMC is the state’s only Level I trauma center, the highest designation on a Level I-IV scale.

AirCare transports patients statewide to the level of care they need, whether that’s UMMC or another hospital, but more importantly, it brings critical care expertise to the patient, where seconds can sometimes be the difference between life and death.

“The Medical Center was receiving a large number of patients from that region. We needed to fill a gap,” Marshall said “From looking at the data, it made sense for the Medical Center to expand AirCare.

“This is one of the most successful areas for our relationships with the community and the east-central trauma region, and we have a wonderful relationship with Anderson Regional Medical Center and Rush Foundation Hospital.”

The camaraderie and communication between AirCare2, community hospitals and the emergency response family makes all the difference in caring for the sickest of the sick.

“On the EMS side, some of the patients we encounter are critically ill. They require a higher level of care than we can give them,” said Jeremy Pogue, chief of the Martin Volunteer Fire Department in Lauderdale County.

“The patient gets that care as quickly as the flight crew gets to them, whether that’s the side of the road or a hospital helipad,” Pogue said. “Even if it’s a 40-minute flight to a receiving hospital, they are so far ahead of the game. It’s mind-blowing to see the equipment they have and the skills set.”

“A short amount of time can be the difference between life and death, and they provide rapid transport for patients who need services that we don’t have,” Tulip said. “If the weather is so bad that they can’t fly, they will still come and give support, and they’ll ride with the patient in an ambulance to give them that higher level of care.”

Critical care paramedic and flight nurse Kevin King was on the first flight, a transport of a severely injured patient from a small regional hospital to the Medical Center in Jackson. “We hit the ground running, and everyone was happy to see us. There hadn’t ever been a medical transport helicopter in east Mississippi,” King said.

King’s wife Shyann then was a charge nurse in Anderson Regional’s emergency room. “We were used to AirCare being 45 minutes away, and when the base came in, they were two minutes away,” said Shyann, who today is a flight nurse with AirCare3.

“We had a wreck on the interstate where we had more trauma patients than nurses in the emergency room,” she remembered from AirCare2’s early days in Meridian. “We called AirCare, and the next thing we know, they’re at the hospital helping us. They didn’t fly anyone. They just came and helped us.”

In another situation, AirCare transported an adult with multiple traumatic injuries to Anderson Regional. “Because AirCare was able to perform ultrasound on the patient and identify that he was bleeding in his abdomen, it allowed me to get a surgeon and operating room prepared before the patient got there,” she said.

“That first incision was made less than 20 minutes after AirCare touched down at the hospital. For AirCare to have the ultrasound capability really saved his life.”

AirCare2’s crew is forward-thinking, and that improves patient outcomes, Tulip said. “I haven’t seen that same level (of experience) with other carriers.”

“They are our primary critical care transport,” said Casey Copeland, trauma program manager at Rush Foundation Hospital in Meridian. “There’s rarely anyone else.”

AirCare2 provides care to patients at Rush, a Level III trauma center, before the patients are loaded for transport to UMMC, she said. “We work together to make transfers much easier. If we need help here at the hospital, they will come and help, whether it be an intubation or just an extra helping hand. I can call them about a new drug, and they will walk us through administering it.”

AirCare2’s community outreach is appreciated, Copeland said. “They go to the schools and make them aware of what they do, and the kids go home and talk to their parents,” she said.

“The misconception is that AirCare2 is a fast ride. That’s far from the truth,” Pogue said. “There’s a difference between air medical transport and air critical care transport. These guys offer a critical care flight program.”