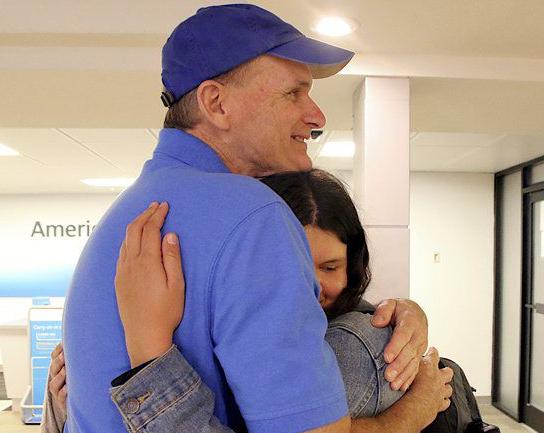 Jera Brand, who has been in South Africa on a mission trip since Jan. 16, hugs her father, Bill Brand, as she returns home after her time was cut short due to the COVID-19 virus spreading so rapidly. 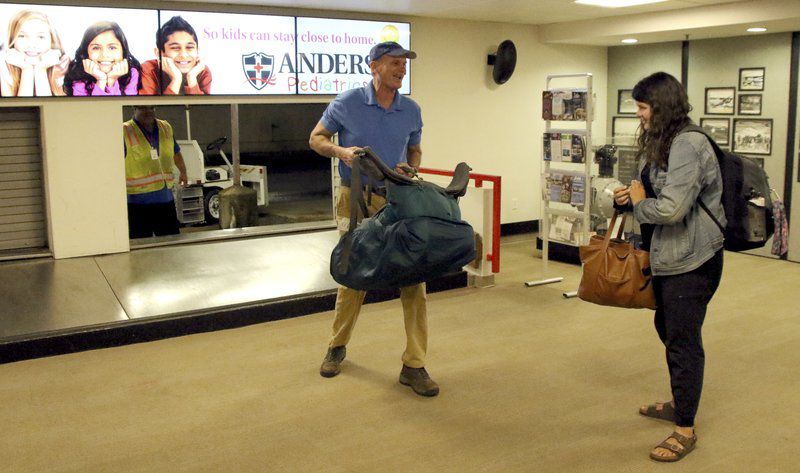 Bill Brand picks up his daughter Jera’s luggage at the Meridian Regional Airport with a smile on his face after she arrived back safe at home Monday night from her mission trip in South Africa. 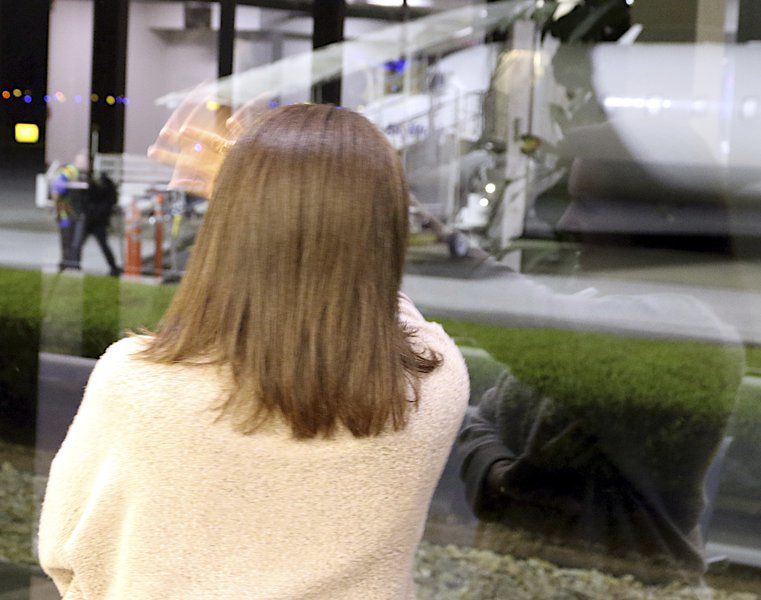 Rhonda Brand waves to her daughter Monday night as she steps off the plane at Meridian Regional Airport after her mission trip to South Africa was cut short due to the rapid spread of the COVID-19 virus. 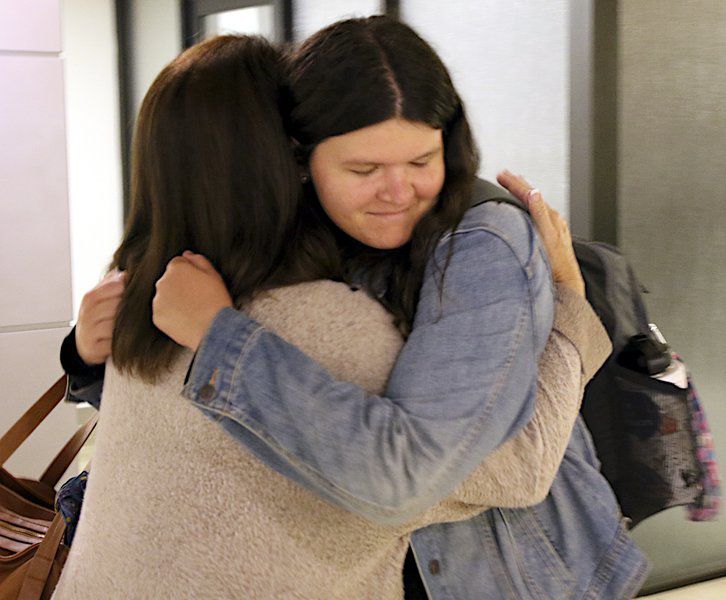 Jera Brand hugs her mother after she arrived home Monday night from her mission trip to South Africa that was cut short by the spread of the COVID-19 virus.

After many attempts to get a flight home from a mission trip to Africa, Hickory native Jera Brand reunited with her family Monday.

What was supposed to be a six month trip with a program called Experience Missions, in the African countries of South Africa, Lesotho and Namibia, Brand was told to leave or her team would be on lockdown because of the COVID-19 crisis. That’s when Brand’s parents immediately began the process of booking a flight to get their daughter home.

“We thought we had her on a flight to leave on Sunday, but received a call from her telling us it had been canceled,” her mother, Rhonda Brand, said. “So, we booked a second one and thought things were going as planned until she called and told me she had been bumped off of that flight.”

That’s when Rhonda Brand did what any mother would do. She persisted with plans to get her daughter home no matter if it meant staying up all night on the phone with a booking agent.

“She called me at 3 a.m. Friday night to tell me she had been bumped, so I told her I was just going to go to the store where I had a computer, laptop, and two phone lines,” Brand said. “I was on hold for literally eight hours before I spoke to a person who told me the problem was that my credit card had been denied.

“I told him that was not possible because the charges had gone through already. So, he reinstated it.”

After all that, her daughter still didn’t have a seat, something Brand didn’t know about until her daughter got home.

“She told us she stood in line for four hours only to be told her and two of the other teammates had no seats on the flight, so they wouldn’t be getting on that flight,” Brand said. “They had a really nice agent who worked really hard trying to help them. After making several calls she was told they had permission to be put in the handicap seats usually reserved for expectant mothers.”

Rhonda Brand said as a mother she was a little concerned about all the obstacles in the way, but because of her daughter’s faith, she was at peace.

“Her attitude is, God will take care of it. He had it from the beginning.”

UPDATE: The Mississippi Department of Health reported 84 new COVID-19 cases Saturday morning for a total of 663. Thirteen people have died of …

Whether at home or abroad, Hickory native Jera Brand sees each day as an opportunity to do what God called her to do – to share the love of G…