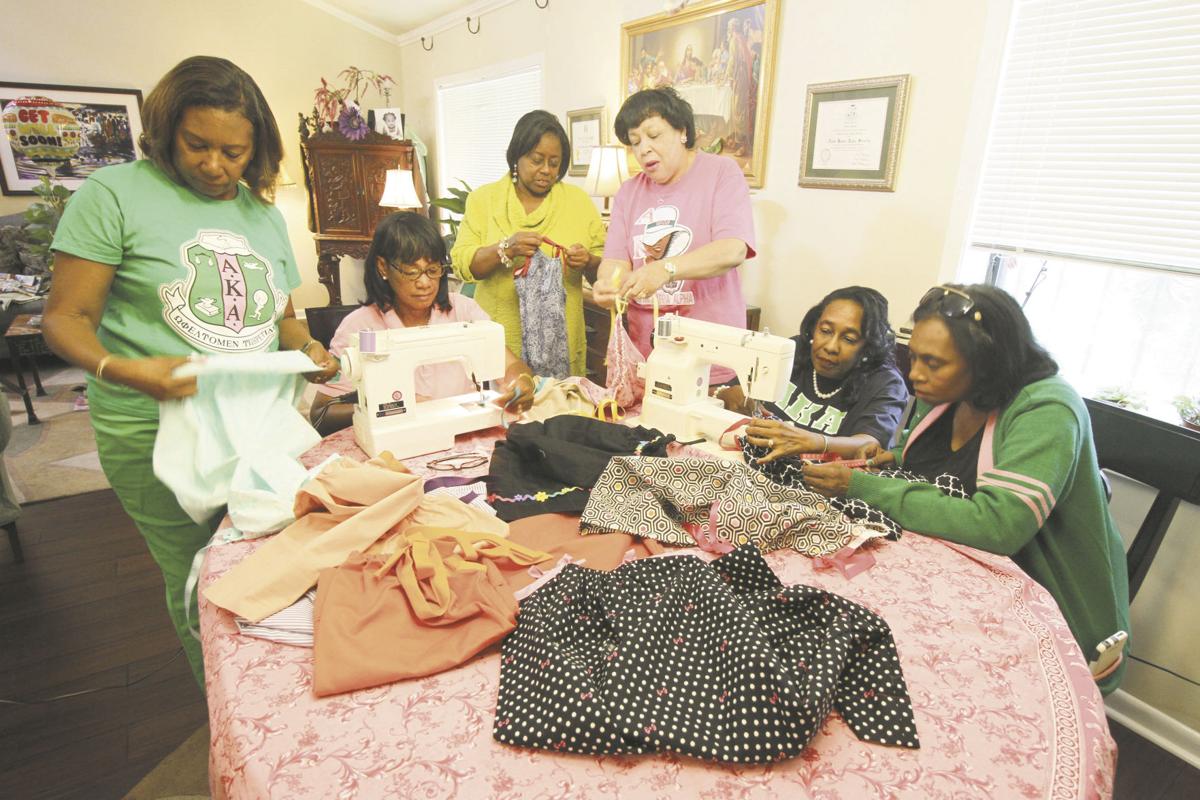 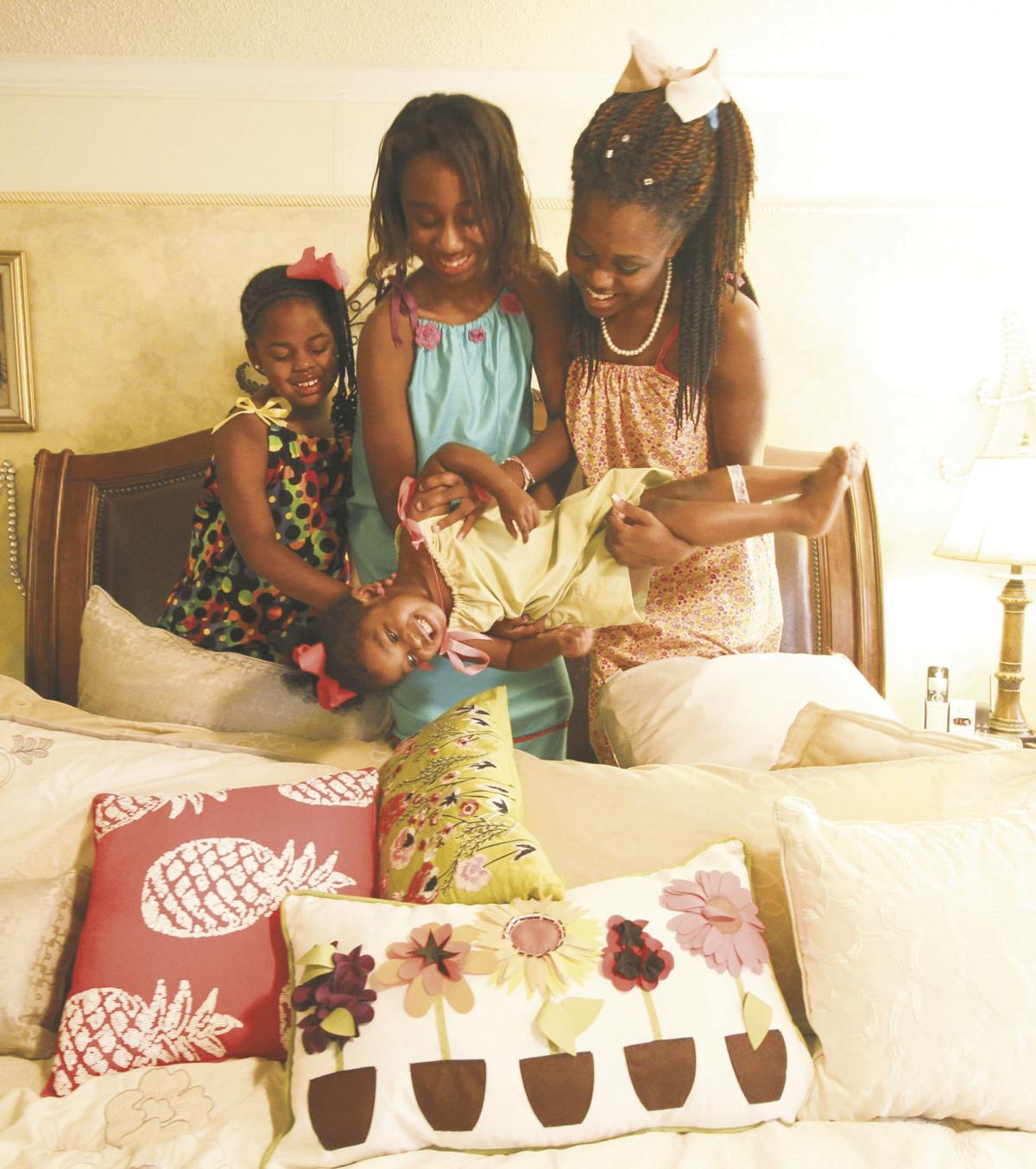 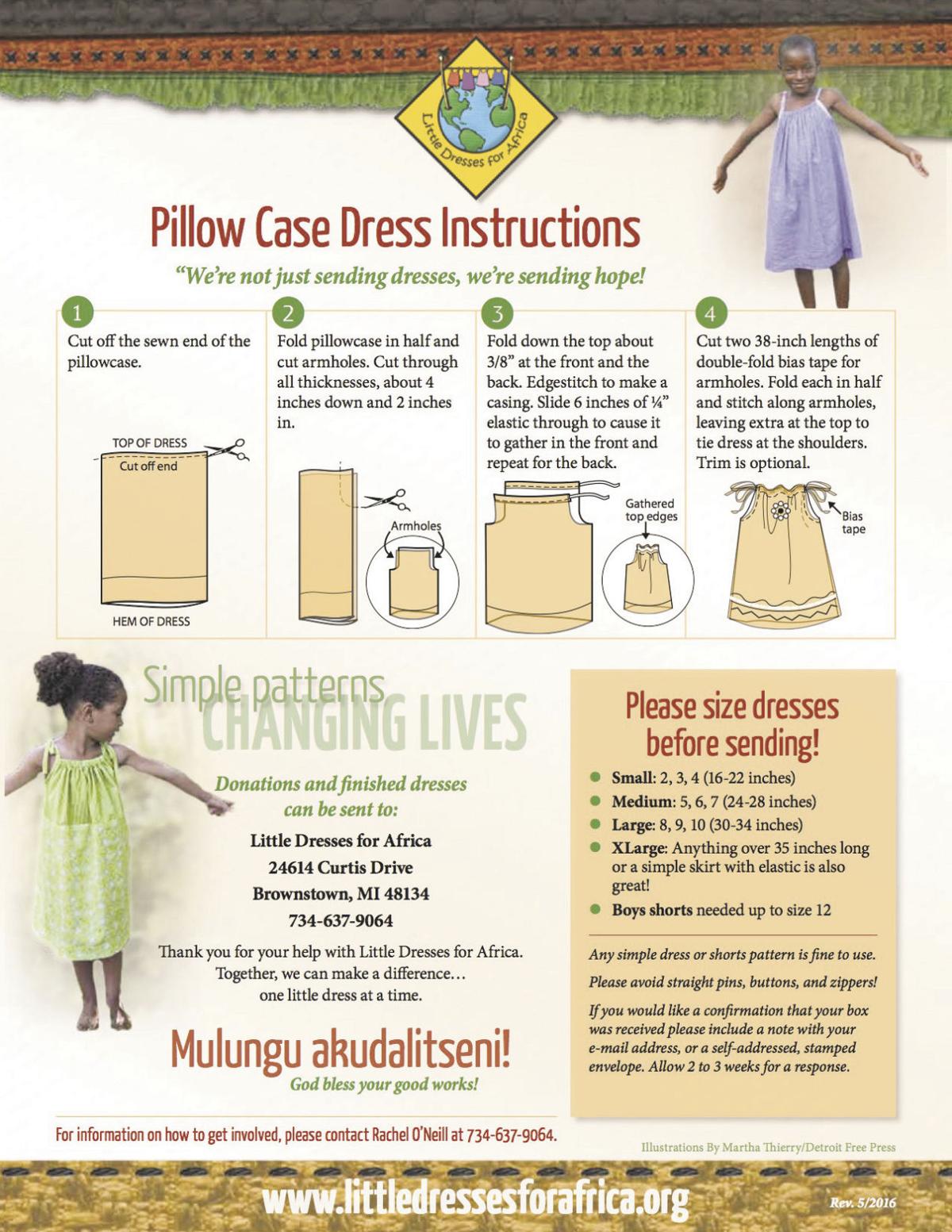 A simple pillowcase is allowing a Meridian sorority to change the lives of young girls in Africa and give hope to their communities.

Omicron Beta Omega Chapter of Alpha Kappa Alpha Sorority Inc. and Africare (a non-governmental program committed to improving the quality of life of people in Africa) have partnered with Little Dresses for Africa (LDfA) to make pillowcase dresses for young girls who live in South Africa and Liberia.

The project was launched as a national campaign by AKA National President Dorothy Buchanan Wilson in conjunction with Alpha Kappa Alpha’s international program Target V: Global Impact, one of the sorority’s five programs of service. Each of the AKA Inc.’s 993 national and international chapters have been asked to join the challenge of bringing 29,000 pillowcases to the 2016 Boule’, which will be held in July in Atlanta. Following the meet, the dresses will be shipped directly to pre-selected communities in Africa.

The Meridian chapter is making 50 small, medium, large and extra-large dresses from pillowcases, with special designs created by members. “There are 34 members in our chapter, so that’s one dress for each member,” chapter member Amanda Carter said.

Sorority members have worked on the project several weeks and, according to Carter, it has evolved into more than just meeting a challenge.

“It has really been exciting for our members,” she said. “Sewing has become one of those lost arts and for those who sew, it has renewed an old passion. And for those who did not sew, it has taught them that they can make something beautiful from something as simple as a pillowcase; they are just awestruck.”

Carter said the experience also has brought members closer, and made them more appreciative of the simple things of life.

“It has truly been a bonding experience between the sisters in our sorority,” she said. “And it has served as a reminder of just how fortunate we all are, and how we can touch the lives of others in a big way with something as simple as a dress made from a pillowcase.”

According to the website www.littledressesforafrica.org, Little Dresses for Africa (LDfA) was founded in 2008 by Rachel O’Neill. O’Neill and her husband, Michael, had traveled to Uganda and Kenya to celebrate her 50th birthday. During that visit, a deep love for the continent of Africa and the birth of a life-changing mission developed.

Along with the beauty of the continent and wide smiles of the children, O’Neill said she was touched by the plight of the people – especially the women and children. Determined to honor them in some tangible way, it was during O’Neill’s second trip to Africa that Little Dresses for Africa was born. According to the website, O’Neill was determined to return with little dresses to give the girls and honor them as valuable people.

Although clothing is definitely needed, the dresses are more than just something to wear. The dresses go as little ambassadors all over the world to plant in the hearts of little girls that they are worthy, according to the website. The dresses give distributors an opportunity to meet and encourage those in need and to identify areas that can be addressed with help from the USA, such as clean water and education. Relationships are formed and information is shared.

Since that first visit, O’Neill has led dozens of short term trips and developed many deep and lasting friendships across Africa, with the home base being in Malawi, known as the “warm heart of Africa.” Because of the O’Neills’ strong ties and experience in Malawi, the couple goes into a remote village, hires local tradesmen and work with the remote villages so as to not interfere with their economy. Their short term trips follow up each year and provide encouragement, teaching and school supplies as well as little dresses for the girls and britches for the boys. Beginning as a grass roots effort, with a goal to take 1,000 dresses to a single village, LDfA has grown to numbers well over 4.5 million, with little dresses and britches for boys currently being sent to 81 countries in and around Africa. Collection and distribution points are now found all around the globe, changing lives here and across the ocean.

Simple little dresses are sewn by volunteers all over the world and distributed personally by teams led by Little Dresses for Africa, sent with mission groups, and mailed directly. According to the website, as relationships are formed, needs are met by focusing on three areas:

• To provide a well to a community. Clean water serves a community with an average of 3,000 people and saves lives immediately by increasing sanitation and providing clean drinking water. It also decreases the amount of time children are required to spend in going great distances to carry water for daily needs and the temptation to draw water from contaminated streams because they are closer. With the convenience of a nearby well, disease and sickness drops dramatically.

• Primary education. There is no doubt that education can change the future for children. LDfA focuses on primary education because in the O’Neill’s travels they noted the very small orphans and child-headed families have a very difficult time in completing primary school if it is too far away. The distance puts them in jeopardy due to safety issues along with it just being too difficult on small ones.  Students may not proceed to secondary school without a certificate of completion from the primary school. Unfortunately, by the time older children realize the importance of education they are much larger than the primary students and embarrassed to attend. A local school in the village will ease that burden.

• Community. For generations community has sustained the African people. Providing a very modest place for the community to meet provides not only protection from the sun and also a place to meet during the rains, but can also serve as a feeding center, a place of worship and a place to host a mobile clinic. Community is much more than friendship. It is a way to sustain life by the sharing of information, resources and encouragement.

Chartered in 1983 by a group of 17 women, Omicron Beta Omega Chapter of Alpha Kappa Alpha Sorority Inc. has consistently rendered service while making a difference in the Meridian community for more than 30 years.

Since its inception, Omicron Beta Omega chapter has implemented the international program of “Service to all Mankind” by participating in programs on the local, state, regional and national levels, Ross said. The chapter’s community service projects includes working with the Boys and Girls Club of East Mississippi, the American Cancer Society’s Relay For Life, Salvation Army, March Dimes, The American Heart Association, Alzheimer’s Association, National Alliance on Mental Illness (NAMI), Keep America Beautiful, The Care Lodge, LOVE’s Kitchen and Meridian Parks and Recreation. The chapter has won several regional awards for its service projects in the community.

The trademark of Alpha Kappa Alpha Sorority is Fashionetta, which continues to provide social, educational and cultural experiences for young ladies and young men. This program has enabled Omicron Beta Omega Chapter to award more than $350,000 in scholarships to deserving high school seniors and other community projects.