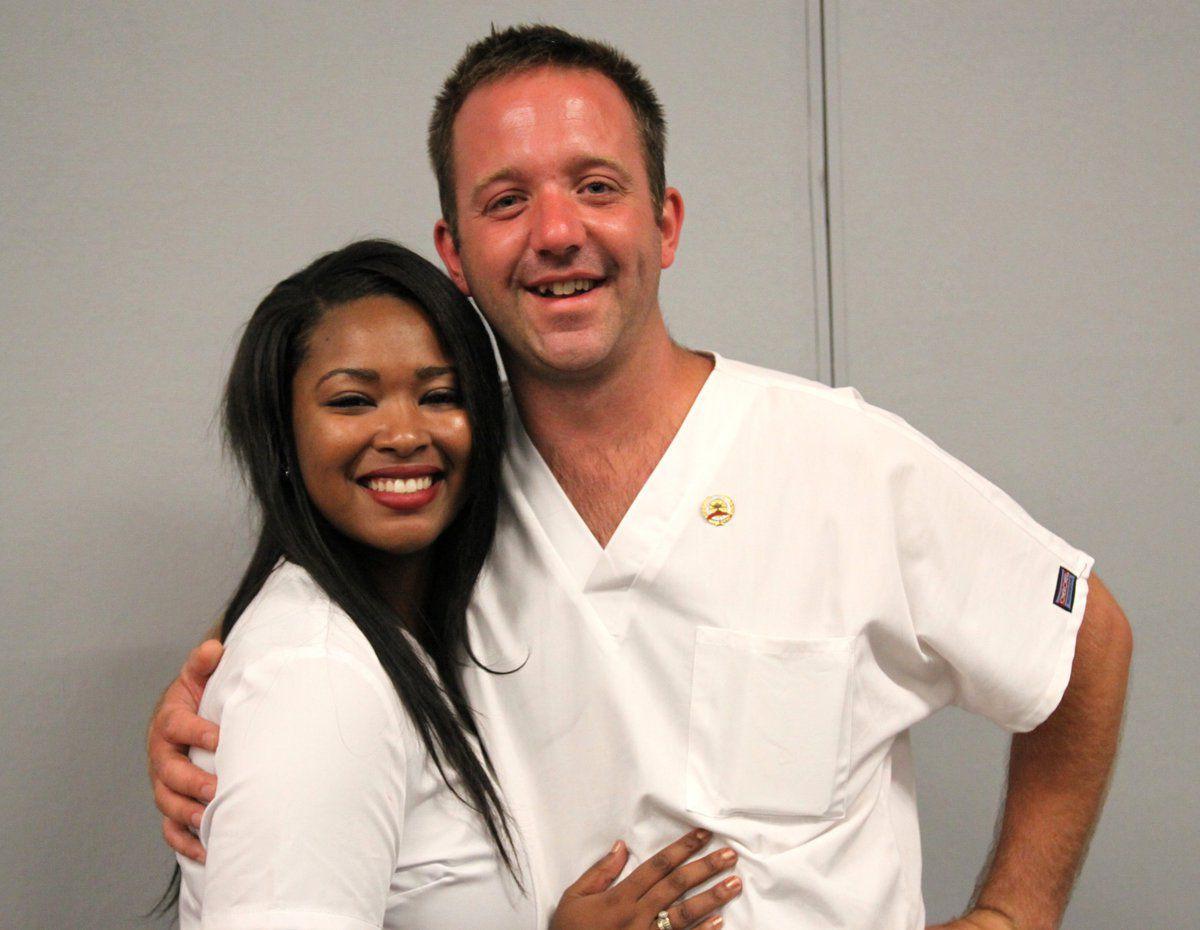 Anna Dotson, left, and Caleb Murphy were among 27 students who graduated Thursday evening from East Mississippi Community College’s Practical Nursing program. Dotson was the recipient of the Florence Nightingale Award and Murphy was the class president. 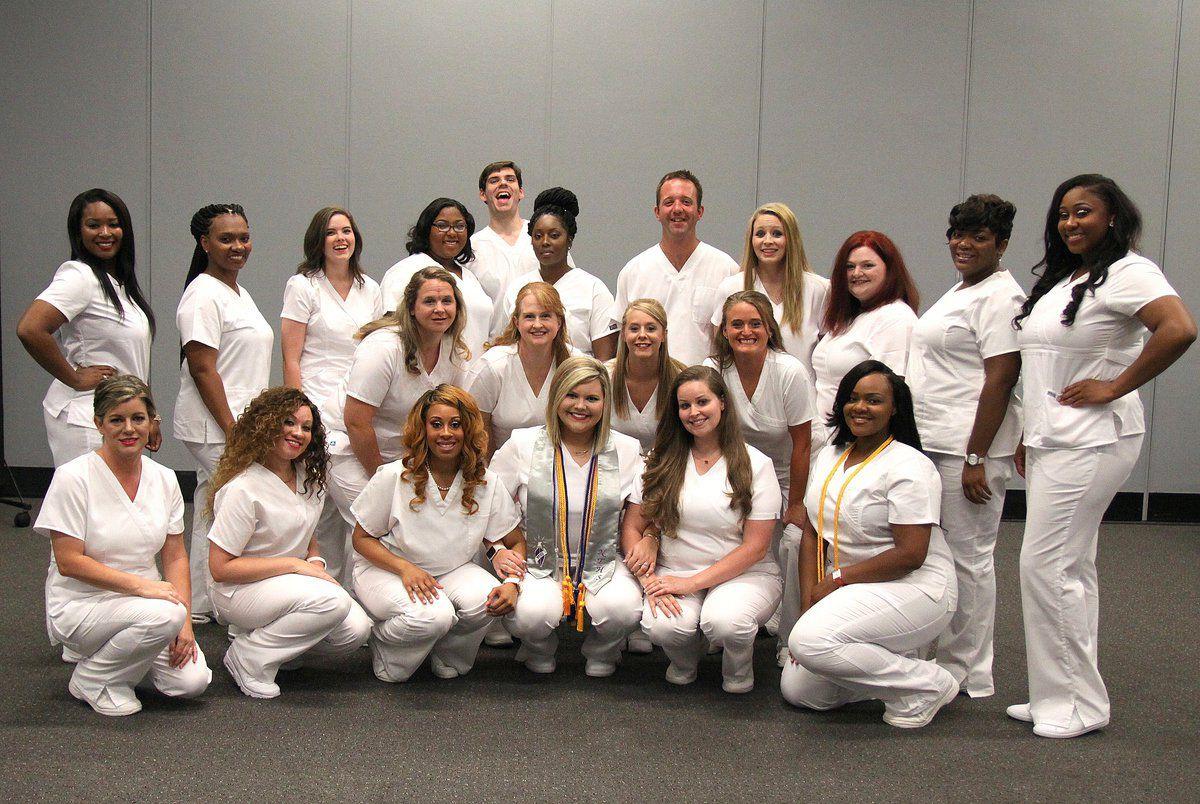 Twenty-seven students graduated from East Mississippi Community College’s Practical Nursing program Thursday night during a ceremony at the Golden Triangle campus. Some of the students pose here for a photo prior to the ceremony.

Anna Dotson, left, and Caleb Murphy were among 27 students who graduated Thursday evening from East Mississippi Community College’s Practical Nursing program. Dotson was the recipient of the Florence Nightingale Award and Murphy was the class president.

Twenty-seven students graduated from East Mississippi Community College’s Practical Nursing program Thursday night during a ceremony at the Golden Triangle campus. Some of the students pose here for a photo prior to the ceremony.

MAYHEW -- Anna Dotson knew since junior high school that she wanted to become a nurse. Thursday night, she fulfilled that dream.

Dotson, 23, a McCool native who resides in Columbus, was one of 27 students who graduated from EMCC'S Practical Nursing program during a ceremony at the Golden Triangle campus. Dotson was presented with the Florence Nightingale Award by Nursing Instructor Linda Hebert.

"The student chosen to receive this award embodies the spirit of nursing," Hebert said during the award presentation. "This award is not about academic achievements but about being an overall leader and striving to make a difference just like Florence Nightingale did by making a huge impact and difference in everything she was involved with."

Hebert said Dotson excelled in the classroom, exhibited great leadership skills and demonstrated caring and compassion towards others.

"At times she showed more concern for the success of other students than she did for her own success," Hebert said.

Dotson said she was naturally drawn to nursing.

Many find work in clinics or nursing homes.

"Many will go on to earn their Associate Degree Nursing," Hebert said. "They have to work a year before they can upgrade to an ADN."

Dotson plans to return to school to earn a degree as a registered nurse.

Fellow graduate and class president Caleb Murphy is not yet sure if he will do the same.

"I don't know if I want to remain a practical nurse or pursue an RN," said Murphy, who earned a degree in communications and worked in the airline industry before deciding to return to school to earn his degree in nursing.

Murphy, 33, a Starkville native, said his wife is an RN.

"I have always liked the medical field and am interested in how the body works -- anatomy, physiology and everything," Murphy said. "My wife would tell about her work and it was something I was interested in, so that is kind of what kind of got me into it."

Guest speaker Whitney Blackston said little did she know when she graduated from EMCC's Practical Nursing program in 2009 that her degree would help prepare her to fulfill one of the most important roles of her life, that of being a mother.

Blackston's daughter, Emerson, was born Oct. 16, 2012, with a rare genetic condition called Fraser Syndrome that requires around-the-clock nursing care. When she is not working as an allergy nurse, Blackston serves as nurse, mother and caregiver to her child.

"Nursing is a big part of my life," Blackston said. "As I sat where you sit now I would never have been able to fathom what life had in store for me as a nurse."