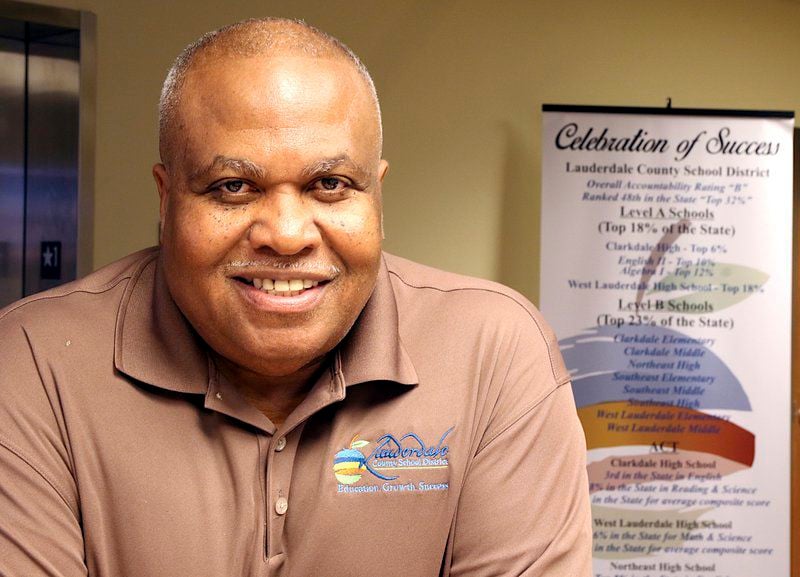 Ed Mosley, the assistant superintendent of the Lauderdale County School District, enjoys his career in education because of the impact it can have on others. 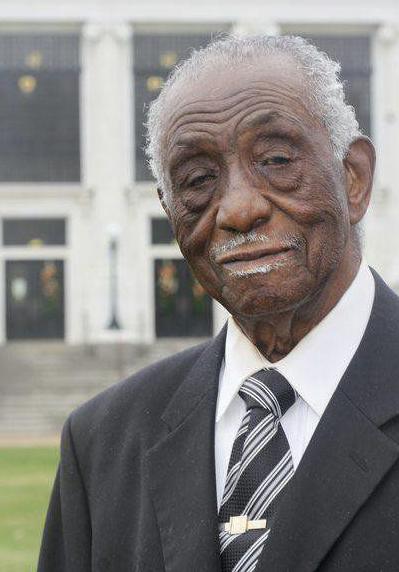 Jesse Palmer, Ed Mosley's coach and teacher in high school, was a big influence in him. 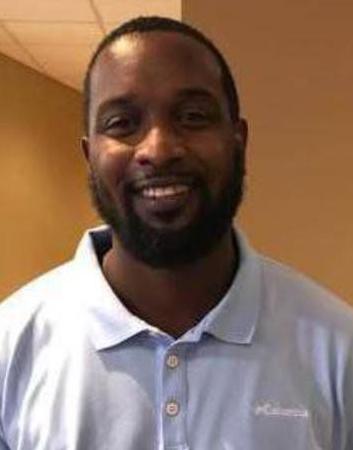 Southeast Lauderdale Middle School teacher Ladarius Malone says seeing other black educators such as Ed Mosley has had an impact on his life.

During a time when black people had few opportunities, football was Ed Mosley's ticket to success.

Growing up in Mississippi during the 1960s, Mosley remembers few options for blacks to advance: becoming a preacher, teacher or undertaker.

“I was the first one in my family to get a college education,” said Mosley, the assistant superintendent of the Lauderdale County School District. “Of course, my parents grew up in segregated times as farmers.”

The Lauderdale County native began his career in education on Aug. 29,1976, as a seventh-grade science teacher at Northeast Lauderdale Middle School. He was also a principal before assuming the role of assistant superintendent in 1992.

“Athletics is what bridged the gap," Mosley recalled. "It brought black and white students together...You got close to your teammates because you were playing for the same team.”

Mosley's interest in higher education was piqued in May 1966, when a cousin received a scholarship to Alcorn State University.

After graduating from high school, Mosley earned a football scholarship to East Mississippi Community College, where he studied for two years before continuing his education at Mississippi State. While at MSU, Mosley worked his way through school, taking out a $500 student loan to cover room, board and tuition.

“I worked to make money for food and gas for my car, to go back and forth from school,” Mosley said. “I earned it. I worked for it because my parents didn’t have any money to help me go to school, but I had their love and support.”

“I wanted to make a difference in someone's life like someone had in my life.”

Mosley had no intention of being a teacher, but soon realized he could have an impact on children.

“I wanted to make a difference in someone's life like someone had in my life,” he said. “I want to do that for others.”

'You looked up to your coaches'

As he settled into the classroom, Mosley had several mentors who encouraged him to stay in education, even though the pay was low.

While he admired civil rights icons such as Martin Luther King Jr., Mosley really looked up to his coaches, including Jesse Palmer, a coach and teacher at Middleton.

“He brought the largest influence on me because he was in the schools with me,” Mosley said. "You looked up to your coaches.”

Palmer said that even at a young age, Mosley showed the ability to be a leader.

“I'm not shocked about him,” said Palmer, a veteran educator. "He is just that type of guy.”

Palmer spent 34 years in education as a math teacher, starting well before integration at  T.J. Harris High School in 1953. He coached football, basketball and baseball, along with track and field, and later served as the first black president of the Meridian City Council.

Like Mosley, Palmer had inspiration from his teachers, and stayed in education because he saw the effect he could have on children as society became more integrated.

“We forgot about color, I didn’t teach color,” Palmer said.

“Education is good for everybody because it doesn't matter who you are and where you are from, you can better yourself,” Mosley emphasized. "Education is the great equalizer.”

Ladarius Malone, who teaches at Southeast Lauderdale Middle School, says seeing other black educators such as Mosley has had an impact on his life.

When Malone was in school, he would see Mosley at ball games or school assemblies.

“Those were moments that motivated me,” Malone said.

When Malone finished college, he said Mosley offered him advice on becoming an educator.

“He once told me that he saw bright things within me,” Malone said. “He's told me on numerous occasions that I'm doing a good job at Southeast. He'd let me know that he's  proud of me. That means a lot.”

Like Mosley, Malone has stayed in education because of the lasting impact he can have on students.

“I see their growth from day one," Malone said. "That means more than any dollar sign...That's  why I fell in love with it.”

Malone said Mosley's example has inspired him to study educational leadership, so he can one day be a superintendent or an assistant superintendent.

"My long-term goal is to be a superintendent, preferably in Lauderdale County," Malone said. "That all started with seeing Mr. Mosley in the role as assistant superintendent for all those years and being exposed to the ideas, knowing that it can be obtainable."