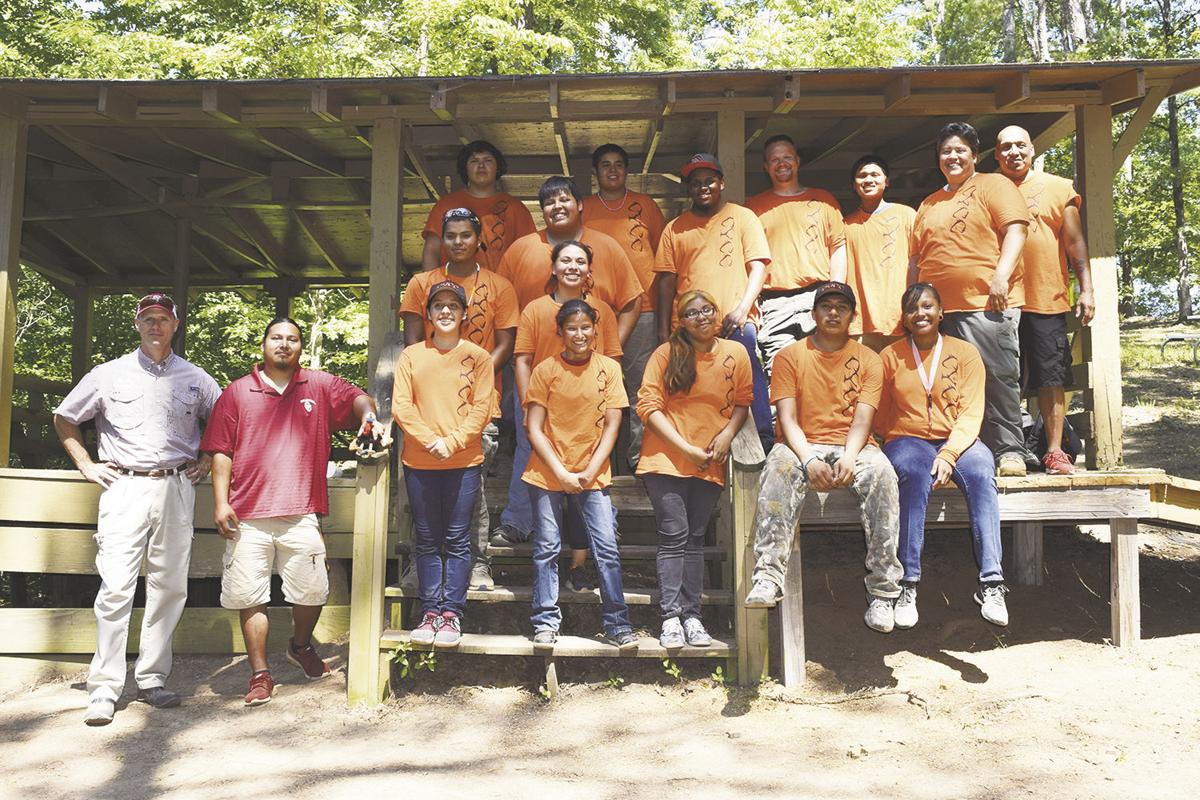 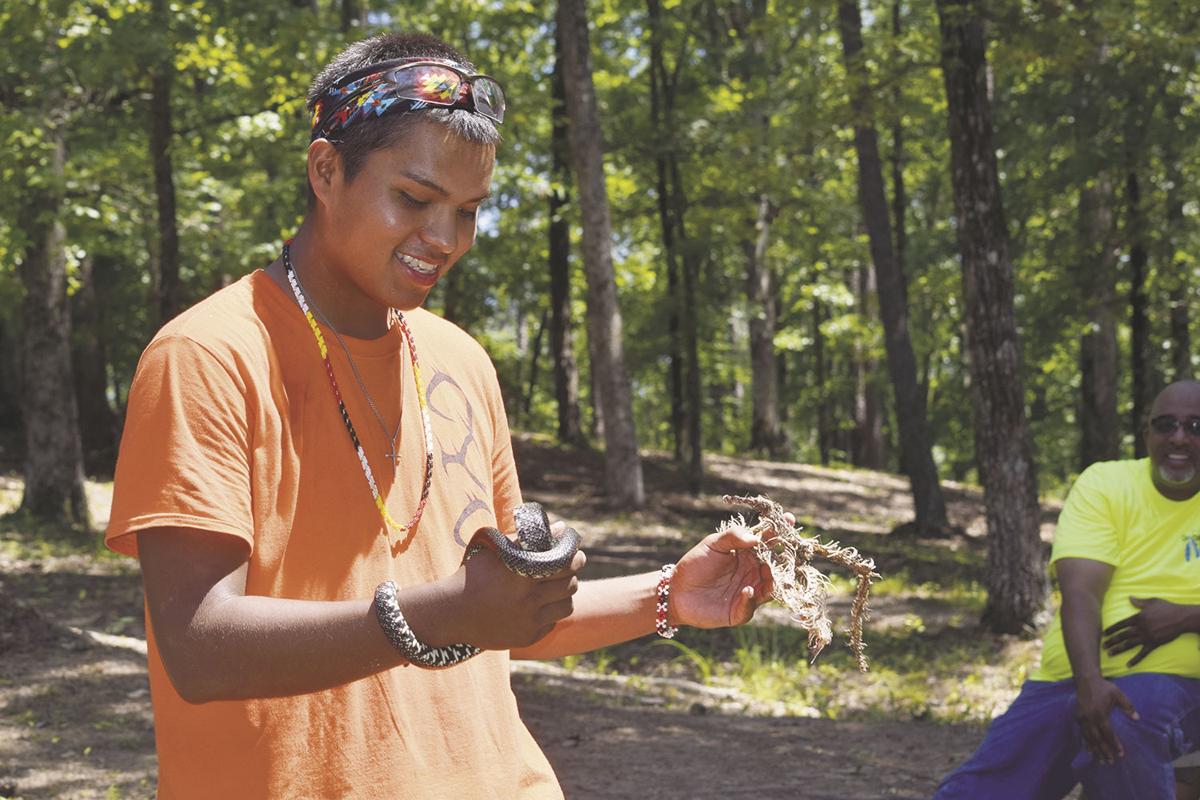 One project the participants worked on is a walking trail originally created by the first conservation corps in the 1970s. More work on the trail was done through an Education through Cultural and Historical Organizations (ECHO) grant in the early 2000s. The CYCC members, all of whom are high school students, participated in hands-on activities in the mornings and natural resources profession oriented classes in the afternoons. The participants also learned about Choctaw culture with the help of the Department of Chahta Immi’s Cultural Affairs program.

“The Choctaw Youth Conservation Corps is an exciting, comprehensive youth work program that is designed to mold these young students into becoming devoted tribal stewards of our natural resources, while also developing responsible and ethical work habits,” said Mitzi Reed, director of the Choctaw Wildlife and Parks Department. “Activities were geared to promote personal growth, positive attitudes, team unity, self-esteem through personal challenges, and an appreciation of the outdoors.”

Reed said that the ultimate goal of the Corps is to create tribal leaders that would return to the Choctaw Indian Reservation after pursuing higher education and expand upon existing Tribal programs in natural resources.

“I wanted to do this program because it let me do something different this summer. I got to do things that I wouldn’t have done at home,” CYCC participant Isias Joe said. “I wish the program was longer so we could have done more to the trail.”

The $100,000 two-year grant for the CYCC program was funded by the RESTORE Act (created as a result of the offshore oil spill in the U.S. Gulf Coast in 2010).